We've all seen artists that have gotten a lot of attention for the cover songs they do, especially on sites like YouTube.

If you're reading this, odds are you're trying to do the same. You're looking to get your own music noticed by recording cover songs and getting them noticed. This is a strategy that has worked for many artists.

So let's talk about creating your cover songs and getting them heard (and seen) by more people.

Note: If you're going to make one, you should be sure you know how to legally record a cover song. This makes it fair for both you and the original maker of the song, and ensure you don't get sued or a cease and desist letter through the post.

How To Make A Cover Song – Choose Your Songs Well

You don't have to be overly selective with your cover song, but it helps if it's something people know and are often searching for.

In other words, you don't have to choose a song from the top 40 charts, but don't go to the other extreme and pick an obscure song by an artist no one knows. You can do that for fun, but just know that it won't help your marketing.

Take a look at Jacob Whitesides. Both his originals and covers tend to get quite a bit of attention, but he knows how to pick his tunes. Ed Sheeran, Pharrell Williams, John Legend, Justin Bieber, Paramore, and Katy Perry are just a few examples of artists he's covered.

You can be as ambitious as you want to be, but just remember that the songs you pick do matter. If you want to get noticed, don't cover a song no one is even looking for.

There's more information about this in out cover songs FAQ post here.

In Order To Make A Cover Song Your Own, You Should Re-Imagine It

Can you bring your own personality to a cover song? Can you re-imagine it and reinterpret it in interesting ways? This is something you'll need to think about when making a cover version.

There's a difference between cover songs and Karaoke, and people aren't necessarily going to respond to you playing and singing the song in exactly the same way the original artists did it. It might be impressive if you can pull it off, but if you want to be accepted as an artist all your own, you should introduce viewers and listeners to your way of doing things.

Think of Pomplamoose. They generally keep the melody of the song the same, but they re-harmonize the chords to make cover songs sound like their own. You don't necessarily need to know what that means; you just need to know that you can bring your own color and style to the song.

Another known example would be Walk off the Earth‘s cover of Gotye's “Somebody That I Used to Know”. Their video has over 160 million views, so they're clearly doing something right. If you've never seen the video before, the five-piece group is playing one guitar simultaneously, divvying up percussive parts, rhythmic parts, melodies, bass lines, and embellishment among themselves.

The point here is to apply your creativity to your craft. The song should still be recognizable, but there's plenty of room for you to bring your own ideas to it.

Before Recording A Cover Song Do Your Research 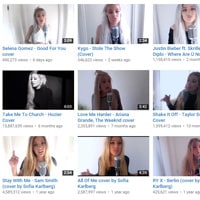 Naturally, there's already quite a bit of competition out there. Although you can take your pick with cover songs, you can guess that there are already a ton of people who have recorded a popular cover songs that have been around for a while.

Do you really want to throw your hat in the ring with other established SoundCloud and YouTube personalities, or would you rather get noticed for your recording? The choice is yours, but unless you have something particularly unique to bring to the table, it would be a good idea to find songs that haven't been rinsed out yet.

Plus, it doesn't take a lot of work to do your research. You can simply go to the site where you're thinking about posting the song, and enter the name of the song into the search bar. This should give you a pretty good idea of how many artists have already recorded their own version of the song.

If you listen to a few tracks and know that you can do a better job than others, then there could still be an opportunity for you. But most of the time you will find that other artists are taking advantage of high quality production to showcase their material.

This brings me to my next point.

See what you're up against? A lot of artists that are gaining exposure have high quality tracks, and high-definition videos to go along with them. If you want to be in the same ballpark as them, you're going to have to do the same.

If you have the gear, then you're good to go. If not, you're going to have to spend some money to upgrade your equipment.

Getting listens and views is a lot tougher than it used to be. You need to make the best impression possible, and that's not just going to happen with the gear you have stored up in your garage.

Don't create covers just for the sake of creating covers. Put some thought into how you're going to stand out. Bring your own brew of creativity to the project.

You don't hear about too many artists that skyrocket into popularity with cover songs these days. The strategy works, but it doesn't come together overnight.

If possible, come up with a regular publishing plan. Videos take a lot of work, and it can be challenging to come up with original ideas every single week, but that's the kind of determination that will get you the exposure you're looking for.

At first, you may only get a few listens, or if you're on YouTube, subscribers. If you keep at it, however, the numbers will continue to grow over time.

So don't be discouraged if things don't work out right away. Keep experimenting. Keep trying different things. In time, you will figure out what works for you.

If you're going to release cover songs in an attempt to get more exposure for your music, it may be necessary to pay mechanical royalties to the songwriter or publisher. You also need a sync license.

This isn't as complicated as it sounds, and if you live outside the US, you do not need a mechanical license for digital releases. Regardless, it's always a good idea to look into your particular situation before releasing a song. Make sure you understand what your obligations are. 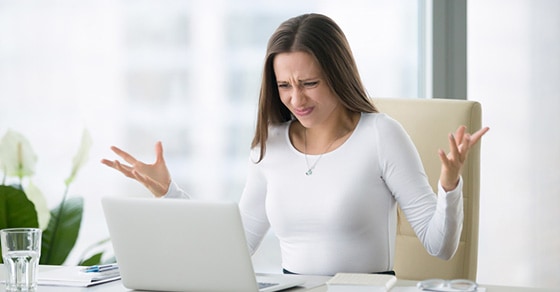 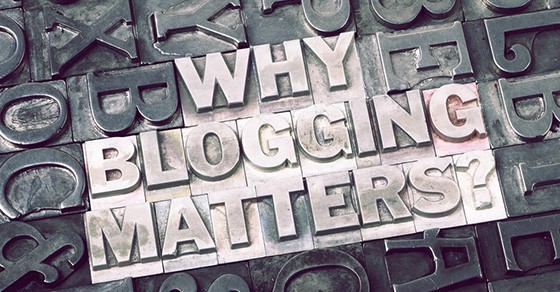 There was a time when every musician had a blog. Even five or six years ago blogging was the vogue form of music marketing. Lately however, I’ve been noticing that fewer musicians are doing it. There are a few reasons for this – I think many musicians who felt forced to do it but never…