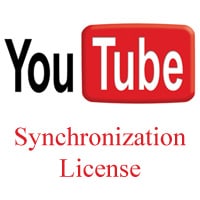 This is part two in our look at how to effectively use cover songs and Youtube to promote your music. You can see part one and 5 questions about Youtube cover songs answered here.

Today though, we're going to look at how to get a synchronization license (also known as a sync license) and some of the legal questions surrounding whether cover songs are allowed on Youtube or not.

Cover songs can be a top way of getting in front of a new audience fast, so be sure to bookmark and read this guide in full to make sure you're doing it right. And don't forget to share it with your musician friends too. 🙂

Quick Disclaimer: I'm not a lawyer, so please don't take the following as legal advice. Always do your own due diligence, because as with many things, you'll learn the most by going through the process yourself. This guide will however show you what to expect and what steps to take. 🙂

Are Cover Songs Illegal To Make?

So, is it legal to make cover songs? Well, that depends on how you go about doing it. Technically, in order to be fully complaint with music copyright laws, you need to get permission from the original owner of the song before you can use it in any way. If they are ok with you making and uploading a cover version of their song to Youtube, they will give you a sync license. In this case, it's in no way illegal to make and upload this cover song.

That said, the majority of cover songs are uploaded without the permission of the original owner. This is technically illegal as it's not your song to record and broadcast. That said, it is a widely used practice.

While it's well within the original song owner's right to order a take down notice to Youtube and have your cover video taken down, unless it's offensive towards them or it's losing them money (which often it won't unless your cover becomes big and is making a lot of money via Youtube ads), often they will leave these covers untouched. This is because it often generates more buzz for them, or simply because it's not worth their effort to try and take down all the cover versions which spring up.

So, while it's technically not allowed, a lot of people do it and get away with it. YouTube’s stance on all this? Well, in this section of YouTube’s FAQ page they say:

Recording a cover version of your favorite song does not necessarily give you the rights to upload that recording to YouTube. You may need permission from the owner of the underlying music in order to upload the recording legally.

If you upload a cover song and the song owner contacts Youtube to get your video taken down, most likely Youtube will place a strike against your account. Get three strikes and your Youtube account will be taken down. If this doesn't sound worth the risk to you, you'll need to get a synchronization license from the song owners. Below we look at how you can go about getting it.

How Can I Get A Sync License To Do A Cover Song On Youtube?

If you've read the above and want to ensure you have permission to do cover songs from the original owner, the next step is to get in contact with them.

You can do this by contacting the makers of the song and requesting a ‘synchronization license'. This gives you a license to sync part of their music to your video.

A word of warning about doing this though; there are currently no set standards of how much you'll have to pay for this kind of license (if you have to pay at all). Some record labels will change a hefty sum of money for doing a Youtube cover of their song, while others will allow you to do it for free in exchange for promotion of their song.

If they allow you to do it for free, usually they'll give the conditions that you don't make money from it, and that you don't allow it to be downloaded by others. You'll have to contact the person or label in question to know what the case for each individual song will be.

If you decide you want to go down this route, you'll first need to find the song owner's contact details. You can usually find this at the back of their single case or on their website. You can also look on sites like BMI and ASCAP as they list many of these kinds of details.

Your person of contact won't always be just the singer of the song, as you'll often find that a song is credited to multiple people (possibly including a record label). Maybe to the singer, the producer, and anyone else who was involved in recording and mastering the song.

Once you have contacted the owner, you'll usually have to give them further details on how the song will be released and any other details they require. If you want to minimize the chances you'll have to pay to get this license, there are a few things you can do:

1. Don't Monetize This Song In Any Way

Chances are though, if you haven't got a big budget and are only doing this song for promotional reasons, making money directly from it isn't a high priority for this song. It'll be more beneficial to get your name out there, and get them to subscribe to your channel for your future original songs.

So don't put Youtube ads on this video, and don't sell it in any way.

If you're going to offer your song for download, you'll need to get a mechanical license for it in addition to the synchronization license. You'll have to pay for this, and on top of that, chances are that the song owner won't give you the sync license for free anymore. While this is an option for you, most people will want to avoid this option.

If you want to offer a song for download or sale though, there are services such as Songfile and Limelight which allow you to get the mechanical license you need. Just remember to still get the synchronization license from the song owner for the Youtube streams as well.

So there you have it, why a synchronization licence is needed, and how to get one. I hope you've found these two guides on Youtube cover songs helpful, if so please share them on forums, social sites and your own website. It only takes a few seconds, but helps support us which means more guides for you.

As a reminder, you can see part 1 here. If you have any other questions, ask in the comments below.

If you’ve ever wanted to know how to upload your music via Facebook, the above step by step video guide is what you need. This video is by myself, Shaun, although I mention that I’m from Independent Music Advice (Which is the sister site of Music Industry How To). Having a Facebook fan page is…

There are many different ways to engage your social followers. So why do so many musicians insist on using a tired call to action (i.e. “come to our show”) as their default standby? It’s probably because they don’t have a strategy. But if you’re reading this, odds are you’re open to trying different things. You’re…

Want to know how to get models, dancers or extras for your next music video? Then this is the guide for you! Today we’ll look at some of the places you can get extras for your music video, regardless of your budget. While you will often get much better results if you have money to…