You are here: Home / Social Media Marketing / How To Promote Your Music Video On Youtube And Online 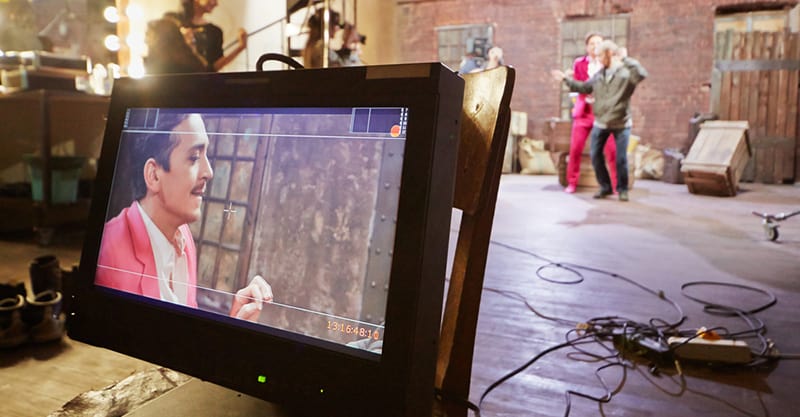 So, you’ve created a new music video. Now what?

Many artists love the creative process and hate promotion. And, let’s be honest here. The part you hate about promotion is having to talk to people, am I right?

But engaging the creative side of your brain while making your music video and not tapping into your creativity while you’re promoting is a mistake. Why? Because promotion could be – and should be – an extension of your creativity.

So, here are several powerful ways to promote your music video on YouTube and online.

There’s a little “Share” button beneath every YouTube video. That much you may have noticed. But here’s something you may have missed. When you click that button, there’s a list of sharing methods and social networks that pop up.

If you’ve ever wondered what social networks YouTube prioritizes for video rankings, you’ve just found them. This is as good as being handed a list from someone who works at YouTube saying, “here’s what we look at when deciding which videos get more attention”.

So, use these sharing methods to get your video out there. Here’s how.

Embed your video on your blog or website. Ask your friends and fans to do the same. Share it with industry contacts or bloggers you know and ask them if they’d be willing to embed it and talk about it on their blogs.

Note: When contacting industry people, as much as possible, get in touch with those who already cover new music in your style on their blog or website.

Add It To Mix

Adding your video to Mix probably won’t do much. But YouTube seems to consider it important. So, add your video anyway, and if possible, get your friends and fans to do the same. That will make a bigger difference.

It sucks that Facebook is beginning to deprioritize YouTube videos and external links. So, the best way to promote your videos on Facebook is by uploading them to the platform directly.

Still, that shouldn’t stop you from sharing your YouTube video on Facebook. Don’t forget to share it on your personal profile(s) as well as your fan page too. 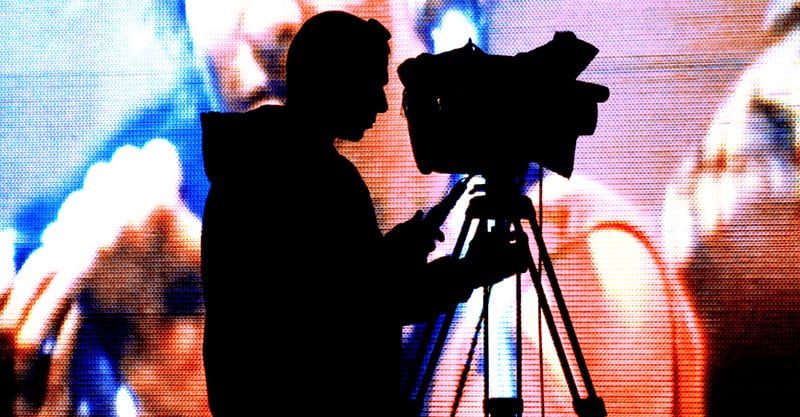 I’ve heard many marketers and experts declare Google+ a “dead space”. First, that’s an insult to its 395 million some odd monthly active users. Second, I don’t care what anyone else says. So long as Google and YouTube consider it important, you should be using it to promote your videos.

So, don’t forget to share your videos on Google+. If you have several Google+ accounts, share your video on all of them. Also, tag anyone you know who appeared in the video. Get them to plus, comment and share the video.

Twitter’s gone, right? Well, no, it isn’t, and plenty of people are still active on the platform – 330 million monthly users to be exact.

Anyway, don’t be afraid to tweet the release of your video multiple times. There’s no “protocol” or “etiquette” here so long as you aren’t outright spamming your followers with the same message over and over. Trust me – no one is seeing all your tweets.

Blogger is a little old school at this point. But Google and YouTube appear to be paying attention to it, so maybe you should too.

Reddit is where people go to scan interesting content on the internet and discuss a variety of topics. As with YouTube, users tend to be quite brutal with their comments sometimes.

But there’s a lot of traffic potential. So, set up an account with Reddit if you don’t already have one, join in on a few discussions, and start sharing your videos.

A few years ago, I tried experimenting with Tumblr as a marketing channel. And, I can tell you right now there is plenty of music related content and music fans on the platform.

So, don’t forget to share your video on Tumblr. Add plenty of relevant hashtags to make it more discoverable.

So, why not share your music video on VK? Music is the universal language, right? If people like it, you might be able to gain a few international fans.

Not on LinkedIn? Embrace the digital age, my friend, because LinkedIn is fast becoming a big deal in the business and creative worlds.

As with Facebook, LinkedIn now has native video, and that tends to be a better way to share your video on the platform than to direct people offsite. Still, this doesn’t mean you can’t share your videos on LinkedIn, so do it.

Email It To Your Friends

I shouldn’t even need to prompt you to email your subscriber base. But in addition to that, maybe you have a few friends that won’t learn about your video unless you send it directly to them. Don’t be shy here – share your video with people you know.

If I haven’t been clear on this already, you want to get your friends and fans involved in the sharing process. Hit it hard and hit it early. The first 24 hours are what matter most. So, don’t squander this time. Do everything in your power to get as many views as possible in the video’s first day.

There are essentially two ways to promote anything online:

Creating content requires sweat equity and usually takes a long time to work. But over the long haul, you can turn a snowball into a landslide. This is a better approach if you have lots of time but no money.

Advertising requires money, but it starts working immediately. Ads don’t always produce meaningful results, so optimization should be considered a critical part of the process. This is a better option if you have little time but lots of money.

And, don’t forget – you can always use a mix of the two approaches. A little bit of money can go a long way in advertising.

Since you’re trying to get more views on your YouTube video, YouTube Advertising is the obvious platform to turn to. But you might consider using Google Ads as well, as I’ve had some success with that. 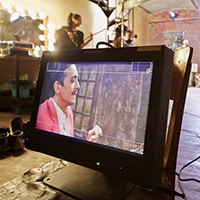 You could use Instagram Stories to direct people to your video. You could also post a three to 60 second sampler to entice viewers.

But beyond that, getting Instagram users off the platform presents a bit of a challenge. So, consider updating the link in your profile every time you post a new video. This may not do a lot, but it should help a little.

If you have a huge following on Instagram that loves you, then getting them to check out your new video should prove relatively straightforward.

Build A Following & Engage Them Before Promoting Your Video

Now I’m going to cover an aspect of promotion that doesn’t get talked about enough, and that’s building a following.

The bigger the following, the easier it is to gain traction for your video. Sounds obvious, right? But it’s a poor explanation of how it all comes together, and I find most people just don’t have a following that’s steadily growing.

So, here are some practical things you can do to build your following while you’re creating and sharing your videos.

You can’t expect your YouTube channel subscriber base to grow if you don’t publish new content on a regular basis. So, in most cases, you can’t just publish one video and captivate the world.

Now, don’t get me wrong. One of the most popular personalities on YouTube is JonTron, and he is notorious for disappearing for prolonged periods of time. But his followers don’t seem to mind that much. And, when he comes back, he’s often taken his video content to a new level.

So, you don’t need to be legalistic with the ongoing publishing of videos. But you should make it a part of your plan. Also note that you don’t need to make new music videos on a weekly basis. You can publish vlogs, live performance videos, tour diaries and so on too. 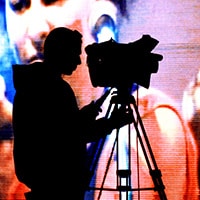 When you’re first getting started, you probably won’t have many people telling you what they’d like to see from you. So, it can be hard to know whether people are enjoying your videos.

Don’t forget – you could still survey your fans (i.e. social media followers or newsletter subscribers). You could set up a focus group in your own home. You could text your friends and ask them what they think.

Keep iterating and adjusting until you find a formula that works. Then, don’t deviate too far from the established formula.

Interact With Your Audience

All too often, artists do very little to nothing to build excitement for their new video. Then, they have no plan for what to share after the video has launched.

Interacting with your audience on an ongoing basis allows you to drop hints as to what you’re doing and keep them in the conversation while you’re working on your next project.

So, answer comments and direct messages. Keep an eye on all of your social media accounts, and keep the conversation going.

Be proactive here. Don’t be shy about reaching out to people you haven’t talked to in a while. You don’t need to be pushy or overly promotional in your conversations. Reach out for the sake of maintaining the relationship, and when it comes time to talk about “what’s new”, share freely what you’ve been up to.

Social media is great and all, but I assure you that you can do far more with an engaged email list, even if it’s small.

So, be proactive about building your email list. Collect email addresses at your live shows. Put an opt-in box on your website. Include a call to action at the end of your videos. Do everything in your power to get people to give you their email address.

Create A Sense Of Belonging For Your Audience

It’s human nature to want to belong to something. Lady Gaga’s got her “Little Monsters”. KISS has got their KISS Army.

It might seem formulaic to create a name for your “tribe”, but it works. So, create a tribe name that resonates with your fans.  And, if possible, create a tangible community for them. It could just be a private Facebook group. This should help you build your following long term.

Ultimately, there is no magic formula for getting more views on your video. There are certain things you can do to ensure its overall success, but beyond that there are no guarantees.

So, create a marketing plan and stick to it. Make a checklist of all your activities so you can easily duplicate it every time you publish a new video online. Stick to your process and adjust it as necessary.

If you remain consistent in your efforts, you should be able to grow your following and get more views on your videos.