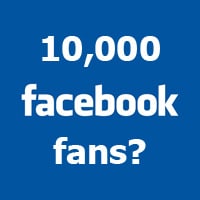 We've all seen those adverts for getting more Facebook fans. You can boost your fan page by 1000 follows for anywhere from $20 – $70, all by companies and individuals which claim that these followers will be ‘real'.

But should you buy them? Will they help your music carer in any way? No, absolutely not!!

Musicians, buying Facebook fans is a waste of money AND can hinder your music career – Tweet This

In this guide I'll look at why this is. Please share if it's useful, and I'd love to hear your views in the comments below.

They'll Take Away Exposure From Your True Fans

Rather annoyingly to most, Facebook don't show all of your updates to all people who have liked your fan page. Instead, they only show it to a small percentage of your followers. Most of them will scroll through their timeline and not see any of your material.

While this is annoying enough as it is, it's made even worse when the majority of your page likes are taken up by fake profiles. For example, let's say you have a page with 200 genuine Facebook followers. If you send a update which Facebook allows 10% of your audience to see, you'll have 20 people seeing it. Not great, but better than nothing.

If on the other hand you have a fan page with 200 genuine fans and 1800 fake fans, you'll have 2000 page likes in total. Now let's say you send a update to those people, again with only 10% of people who you like seeing your updates. What will now happen is you'll potentially not get seen by any of your genuine fans, and only be shown to those fake profiles!

Facebook may pick 200 people to show the message to, all of which are made up by those fake fans you bought. So instead of reaching 20 genuine people when you had 200 fans, you'll effectively reach no one when you have 2000 fans.

Fake fans mean less exposure to the people that matter, so simply don't buy them.

It Makes It More Expensive To Reach Genuine Facebook Followers

The above also applies to those of you who want to pay to have your updates reach more people. Facebook give the option to do this, but if you have fake fans, this wouldn't be a very good option.

The more page likes you have, the more it'll cost to reach them all.

Imaging you had those 200 genuine followers, it'll cost you around $3-5 to reach those people using a promote post. But at least you'll be spending money on your message getting seen by those that are genuinely interested, and could get a return on your investment.

If however you have 2000 fans with only 10% of those followers (200) genuine, it'll cost more like $10 – $15 to reach everyone. So you'll be paying a lot more to reach the same amount of genuine followers who have a interest in your music. Not good.

Let's say you're thinking of buying these fake fans to make your numbers look bigger. Social proof does go a long way, and having a big fanbase can make people take you more seriously.

That said, buying these fans won't help in that sense.

While your initial buy may increase your fan count by a few thousand (or by whatever number you choose), this won't last. You see, Facebook are constantly working at getting rid of fake profiles. They actively sniff these profiles out, and delete them on a daily basis.

It's not something that will last, and will be a constant battle to keep your numbers up. And baring in mind the negative facts I mentioned above, it won't be worth your time and money to add more.

They Won't Engage With You

This is related to the above point. Fans are smart, and getting more tech savvy by the day. While at first glance they might be impressed that you have a few thousand facebook fans, if they look further into your page and see there are only 12 people ‘talking about' you, they'll be able to tell that something isn't quite right.

Social proof is a lot more powerful when you have a busy profile and people can see others genuinely getting involved. This won't happen when you have fake fans.

You Won't Get A Positive ROI

ROI stands for Return On Investment. Whatever you invest into your music career, you want to make back in some way with interest. Some of the time this will be in terms of direct money coming back in, others it will be in terms of making you a better musician.

With Facebook fans, the only reason you should buy them is if it's making you more money then you're spending on it. In reality though, you won't. Far from it. You'll simply be flushing your money down the toilet.

If you still want to go ahead and throw away your money on these fake fans, throw some money at me while you're at it. After all, you must not like money that much. 😉

So there you have it, 5 reasons you shouldn't buy fake Facebook fans. Instead, focus on building them up genuinely, and use Facebook to interact with people who really like your music.

Have you had experience with fake fans? If so, let me know about it in the comments. 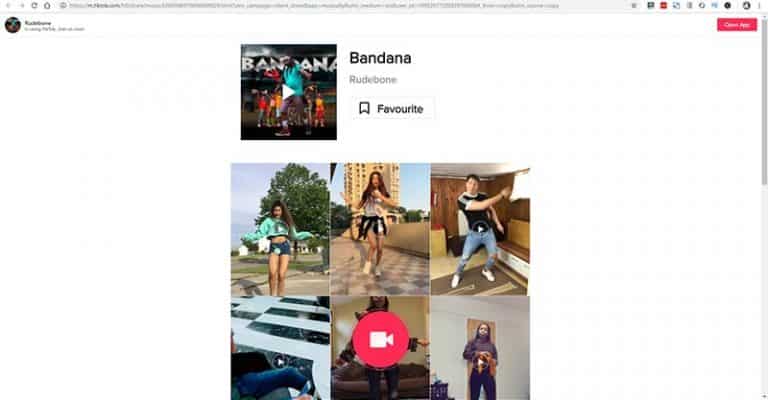 TikTok is one of the newest and most interesting social media apps on the market. Despite the fact that it has been downloaded over 800 million times worldwide, it’s not yet a household name. Basically, the app allows people to upload clips of up to 15 seconds. Kind of like Vine. It includes AR filters… 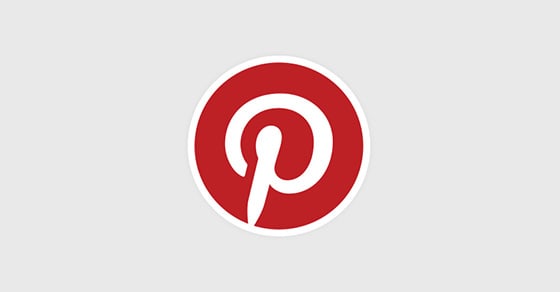 We’ve all heard about the effectiveness of social media for marketing purposes. But how effective is it really? The answer is simple: it depends on how you use it. A lot of musicians create a fan page on Facebook and a profile on Twitter because it’s expected. Beyond that, they don’t have any strategy to…

Social media sites come and go. But Instagram and Pinterest are among the few sites that have risen quickly through the ranks and have even shown some staying power. What they have in common is that they are both visually-focused platforms. Pictures and videos drive huge engagement, which is why these content types are the…

Is it time to quit Facebook? Is Facebook still worth using as a music marketing tool? This is what we aim to help you decide in this two part guide. If you haven’t read it already, you can read the first part here. In there we look at why regardless of what you decide, you…

Want to know one of the best ways to communicate with your fans? Probably the best way to get them listening to your new songs and even buying your gig tickets when they come available? I’ll share it with you: Building a email mailing list who you can send your newsletters to! Ok, that possibly…