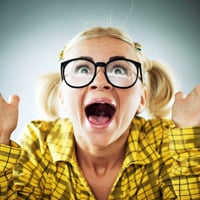 One of the mistakes I see musicians make time and time again, is not building up any anticipation for their releases. It seems common practice for independent musicians to simply announce they're putting out a new album or mixtape, then releasing it a week later. This is a big mistake.

You see, humans respond better to offers when they have time to get excited about it. By giving people more warning, you give them time to do a few things:

Believe me when I say you need to have a proper launch plan in place rather than just putting something out as soon as it's ready. Many record labels start their launch promotions 4-6 weeks before an album is due to be released and for good reason.

So now you know that building up anticipation is important before a release, here are some things you can do to create that anticipation and keep people involved.

Let People Know Something Is Coming

This is the first step. In order to get people excited, you need to give them something to get excited about. Make a big deal about even announcing this forthcoming project, and let people know it'll be some of your best work yet.

Don't give an exact date at this stage, but maybe let them know you're working on it and it'll be ready in a few months time.

As you're going through the process of making or finishing off your project (read ‘album', ‘mixtape' or whatever it is you're making), give people updates about how it's going. You can let them know you've just recorded a new song for it, who you've just recorded guest vocals with, or what the cover for this project is looking like. Basically anything that's related which will keep it in fan's minds.

Don't forget to also mention how excited you are about how it's coming along; that excitement will rub off onto some of the fans.

Get People Involved In The Making Process

Ok, so this is a big one. If you really want people to get excited about what your doing, a good idea is to get them involved in some way. This could be in terms of:

Getting fans involved is one of the biggest ways to make them more anticipate the final release. We all like to feel we're important, and like we're part of something bigger. This helps fans get that feeling, and increases the chances that they'll buy the finished product and promote it more. After all, they will have helped make it!

Crediting those fans on the inside sleeve and letting them know will again increase the chances they'll make a purchase.

Do A Countdown To A Big Launch

Once all of the above is done and you have a set date to launch your project, the next step is to announce your release date. Don't just announce it and not communicate with fans again until it's out, instead do a big daily countdown to the date (at least 7 days in advance).

Some people go about this by just reminding people every day or two that it's coming, but this isn't a good idea. They know it's coming, so just saying that without giving them any value will simply annoy them.

What you want to do instead, is each time you give a update, also give something that'll immediately benefit them. This can be in the form of giving a sample of a song, releasing exclusive pictures from recording the project, running a competition to win a copy and the like.

At the end of each message you can always leave the release date, but don't make it the main focus. The main focus is your new daily content related to the launch. This will continue to get people excited about what's coming, and opening your emails / reading your social updates.

Building anticipation is all important for maximizing sales. If you simply release something without any pre-promotion, chances are you won't get anywhere near as many sales as you could have otherwise.

So, now to you. Did you do any pre-promotion for your last release? If not, I challenge you to do some on your next one and see the difference. 🙂

Recording your album is without a doubt the best part of releasing music. The creative process is a joy (that’s why we do it after all), and you get to call a lot of the shots. At the end of the long process, you have something concrete you can be proud of. Then comes the…