You’ve spent years building your Facebook following, and you now have a bunch of dedicated fans who have “liked” your page. Effectively, they liked your page because they want to see your content. Yet your posts get only a few likes and comments, and your reach is small. Why?

Facebook has an extremely complicated algorithm that determines what content populates your News Feed. Their algorithm weighs over 100,000 factors and is constantly being updated, apparently adding 1-2 changes per week.

In recent years, Facebook has added half a billion users, and now has 45 billion Pages, so the competition for space in the News Feed is stiff. Facebook stats say that people typically have about 1,500 stories available to their News Feed at any given time. And unlike Twitter and Instagram, the posts stick around longer, and are not in real time.

It is reasonable then, for Facebook to develop such an algorithm, because there is no way that you would be able to sift through all 1,500 stories. With everyone vying for a place in the consumer's News Feed, how do you carve out a space for you band?

Musicians, Should You Buy An Ad?

This is what Facebook now wants you to do when marketing your music. The easiest way to increase your reach to fans is to buy an ad/boost your post. If it’s an important post (e.g. a new video, single, or big show) it is probably worth paying $3 to $8 and pushing it out to more people.

If you go this route, I have found it most effective to target your boosts towards the audience it’s intended for. For example, if you’re announcing a show in L.A., target your boost toward people in L.A., California, and maybe people who are friends with people who like the page.

That being said, you don’t want to buy a boost for every single post; $3 adds up quickly if you’re posting every couple days. Instead, buy boosts for posts that matter, and then use the following tips, that according to Facebook’s algorithm, will increase their organic reach.

Keep these questions in mind when creating posts for fans of your music. Think like a fan; would you be interested in what your favourite local band had for lunch? Probably not! I would have to be a pretty special lunch.

Facebook values complete content more than links. So for example, the algorithm values informative, engaging posts more than self-promotional posts. I noticed this when I started putting more work into the posts and typing longer, more detailed posts that people can engage with.

Facebook responded to feedback from members saying they want to see more stories from friends and less promotional posts from pages. Essentially, they purposely send these 3 types of posts directly to the bottom of you news feed: 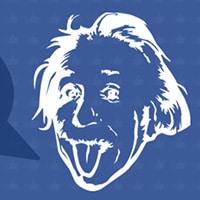 To combat this, think outside the box and try to engage your fans. This doesn’t mean responding to every comment, but at least telling instead of selling, and asking questions.

Facebook hates “Like Bait”. Pictures used to be a viable way of getting organic reach, but now it is better to mix it up and have some posts solely focusing on engaging fans, and other posts where there is lots of content to click through (i.e. a photo album). 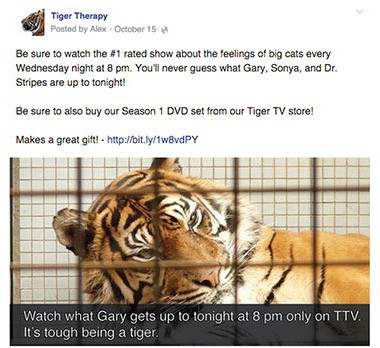 Facebook’s algorithm takes out posts fishing for likes, shares, and comments without giving content. Your posts should be shareable on their own, without asking for it. That being said, there is no hard and fast rule here, and it’s sometimes okay to put a clear, deliberate call to action in your post.

This is not to say you shouldn’t use pictures. They are still great for Facebook! But it means you should put more time into developing better pictures.

Native Video Will Always Do Better Than A YouTube Link

In June 2014, Facebook gave it’s native video platform an inherent boost in their algorithm. For one thing, Facebook Video shows up as a nice and big thumbnail, while YouTube is just a tiny little thing. Beyond that, they simply give priority to Facebook Video in the News Feed.

So how can you work with this? Well there are a few ways. A strategy that works well for me is taking a cool looking screenshot of the video, posting it as a picture, and including a link to the YouTube video in the status.

Include Friends, Fans, & Bandmates In A Liking/Sharing Platform

A scheme I’ve been experimenting with lately is a liking/sharing group on Facebook. If you have a small group of dedicated fans who like most of your posts anyways, why not take advantage of that?

The only drawback to this idea is that you have the same people all over your feed. I thought it might look a little strange, but I have fans that do this constantly anyways. Generally there are 10 people that comment on pretty much everything we post, so I don’t think anyone would question it!

The commonly touted ratio for posts is 1/3 self-promotional posts, 1/3 posts from other pages, and 1/3 inspirational or thoughtful, shareable posts. However, I don’t completely agree with this. Instead, I prefer to only post when there is something exceptionally cool to share. Big news is more easily shared and will result in more organic reach.

I prefer one to two posts per week, and I try to make each one count. Share a creative, shareable picture to promote your show. Or share real content such as a new, full video or song. If you put a little bit of money behind your post, and follow the above instructions to create shareable content you shouldn’t need to spend much money on boosted posts, and you’ll see increased results.

Beyond that, use Facebook as the powerful marketing tool that it is, and avoid making these mistakes, as laid out in an earlier guide. 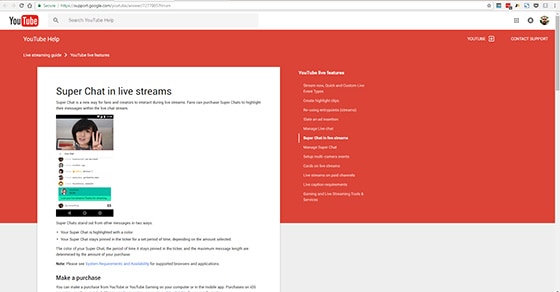 Facebook continues to change its interface, algorithms and policies without much notice, and in so doing, upsets a lot of its users. This has a way of confusing a lot of people too. However, with 1.4 billion users, it’s still a very important place to build an online presence as a musician. What you need…