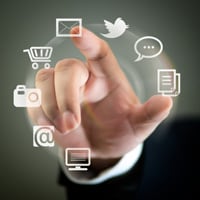 As you probably know, many of the tools that are freely available to independent musicians are online. On top of that, an increasing number of people find out about new music online through browsing or recommendations. It therefore makes sense that you create a strong online presence for you and your music.

Now if you've been online for more then a few months, you'll realize there are numerous tools that claim to be able to help you get your music out there more. There are websites that can get your music in front of thousands of fans, and services that will allow you to sell your music in exchange for you keeping 90% of the profits.

In reality, the majority of these websites will act as nothing more then a distraction to you.

Most of them simply won't deliver on their promises. They take time for you to learn, and even more time for you to use. Many of them have fake users displayed just so their numbers look bigger then they really are, and a lot of the time you'll just be promoting your music to other musicians instead of connecting with the fans that the website promises.

So how do you know which websites you should be using? Simple, I will tell you.

There are only a few online properties you will need to tend to. These are currently:

Your own website is the most important online tool you could have, as it's the only property that will be completely in your control. You can control the layout, what information you put up for fans, the color scheme, the sales funnel etc., and this will be used as your online base. While you will be using other properties to supplement your own website, you should aim to drive the majority of fans back to your site and on to your mailing list. This is the best way to get contact details from potential fans so you can go on to build up a relationship with them.

If you haven't already got your own website, you can learn how to easily set one up here.

As I'm sure you know, Facebook is the most used and most popular social networking site at the time of writing this book. It's because of this, that we should definitely be using this tool to establish our online presence.

While there are a lot of people on Facebook who will like your music, it's not a case of you simply searching for people and then adding them based on their location or likes. Many people use their Facebook account as their private place online, so they won't accept just anyone who requests to have them as a friend. Instead, you need to let them come to you.

It can take a while to build up a strong Facebook community, but once you do, you will find it to be one of the best places to market your music online.

While it's hard to get a lot of Facebook fans out of the box, it's a lot easier to start getting people to follow and interact with you on Twitter. Twitter is another online property worth having an account on. Like Facebook they have a lot of genuine people using their services, and music fans form a good portion of those users.

I advise people to use Twitter to get in front of a lot of potential fans fast, and direct them to your website and on to your mailing list. The good thing about this strategy is that it can largely be automated, so you can spend very little time to get good results.

As well as the above accounts, we will also need a YouTube account to host our videos. While it is possible to host videos on our own site, there is a very good reason to add them to YouTube instead: The chance of additional exposure!

As YouTube has a built in search engine, if we optimize our YouTube videos correctly, it's possible to get them found with less promotion on our behalf. While we should of course promote our videos as well, being on YouTube can make it easier to get found.

Another thing to remember is that people are accustomed to YouTube. They know how to share these videos, and they're easily played back on most modern day devices. Some other video formats don't play properly on smart phones, as they require Adobe Flash to be viewed properly. So if you want to allow people to view your videos in as many places as possible, YouTube is the way to go…

Google+ is the new kid on the block when it comes to social networking sites. While it's not yet as effective as the others, it does have one very useful trait: If people have added you to their Google+ “circles, ” when they search on Google for something you have already talked about on your site, your site will appear higher up on the results page then they normally would (only to them).

So if the average person searches Google for “rock band, ” for example, you most likely won't appear anywhere near the front page and won't get found. If, however, they're a friend with you on Google+ and they done that same search, if you have the term “rock band” a lot on one page of your site, you will probably appear on the first page of results.

While it won't get you any new fans, this is great for reminding people you exist and increase their interaction with you.

And that's it, the five platforms you need to interact with your fans and promote your music online. Anything more then this will have you putting in too much time in this area of your career, and in all honesty, your time would be better used in other areas.

The important thing is not to be sucked into the idea of new websites that claim to be able to put you in front of fans very quickly. New websites claiming this spring up every week, and in reality none of them deliver on their promise.

Do you know why the above mentioned websites are more effective? Because they have real users that will only follow you if there is a real reason to. Either they like your music, or they want to give you a chance and see what you're about. Other than on Twitter, people don't add you because you added them first. They'll add you because you're worth adding. Fans like this are the ones that are going to be responsive, and will communicate with you with no ulterior motive.

So stick to the above mentioned platforms. You should set up all these websites before you start promoting your music, and use them to retain fans and interact with them on a regular basis. 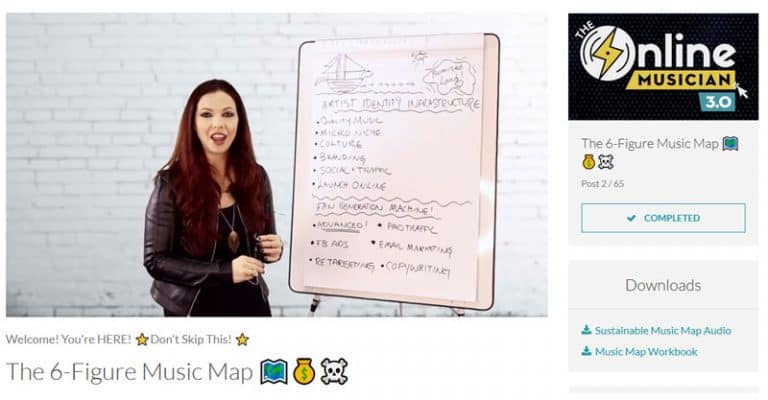 Want to know what the top music schools are? Well look no further, as on this page I’ll be showing you just that. Before we go into the options though, let’s have a quick look at why joining a music business school can be helpful to your music career. Note: This guide has been updated,…

One of the most obvious ways to start building a presence for your music on Facebook is by setting up a fan page. Your Facebook page is a place where you can share updates, post photos, add videos, accumulate “likes”, and more. One thing is for certain – a fan page doesn’t make for a…