You are here: Home / Music Marketing / How To Make Promoting Your Music Fun! 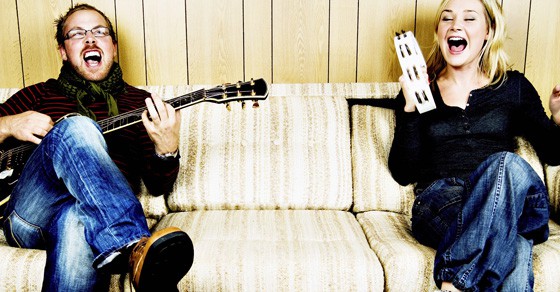 Now I know to a lot of musicians, the word ‘marketing’ is a scary term. The thought of going out there and trying to get people to listen to your music is a scary concept. Because of this, it’s often pushed back and more time is made for the easier (and more fun) task of making music.

If you want to build a fanbase and start earning from music however, you can’t put off your promotion. Instead, you just need to look at things differently.

Did you know music marketing can actually be fun? If you can make it enjoyable, not only will you be more willing to do these tasks, but you’ll also get a lot more recognition as a musician.

Here are four things that will help you make music promotion more enjoyable. I hope you take them on board.

1. Understand What Promotion Really Is

One of the easiest way of getting over the hesitation to market yourself, is to understand what promotion really is. While I could go into all sorts of technical explanations and quote Wikipedia’s definition, instead I’m going to ask you to think of it like this:

Promoting your music can be as simple as starting a conversation with fans – Tweet This.

If you can get this one concept and start applying it properly, you’ll be well on your way to adding to your fanbase.

It’s important to remember the word ‘conversation’. Conversations are two way things, and they’re often mutually beneficial. If you simply bombard your fans with lots of “buy my album” and “listen to my songs” messages, you will face a lot of rejection. If however you personalize your messages and talk to fans on a genuine level, you’ll get a lot more people taking notice and interacting with you.

This is great if you’re naturally a talkative and social person, but what if you’re not? Well, you’re going to have to still try (if you want to build up your fanbase). The good thing about the internet is you get time to think about what you’re going to say. While I don’t suggest you spend too long and over-analyze all of your conversations, it will give you some breathing room and allow you to talk without too much pressure.

So in summary; find people who like your type of music, engage in two way conversations with them (possibly about your music genre in general initially unless they bring up your music), then slip in info about your music. If they want to hear, show them.

P.S. If you’re still not 100% sure what promoting your music involves, have a look at one of my guides on the subject: https://www.musicindustryhowto.com/6-top-ways-to-promote-your-music-that-actually-work/

2. Get A Healthy Balance Between Making Music And Marketing It 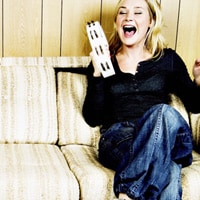 I’ve mentioned before that once you have some good songs behind you, you should spend more time marketing your music than you do making it. This will give you the best chance possible of you getting as far as you want to be.

That said, this will be a huge motivation killer for some people. If you don’t enjoy the process of marketing your music, you’ll get demotivated very quickly.

Get the balance right.

While promoting your music less will mean it’ll likely take longer to hit your goals, it’s better than doing 80% marketing for a couple of weeks than going down to 10% as you’ve had enough. If you can stay at a 50/50 music making to music marketing ratio, you should still see good results over time.

Important note: Try not to do too little marketing though, as without it you won’t increase your income or fanbase. Still push yourself to promote, but don’t over do it.

Those are the first two tips, here are the next two for making music promotion more enjoyable.


3. Rewards Yourself For Hitting Certain Targets

As I’ve mentioned, marketing can get tiring. It’s literally never ending; even if you become a famous singer, promotion will still need to be done. If you’re on a record label, they’ll make this mandatory for you to do.

If you’re finding it hard to push forward with it all, you should draw up a system. A system where you reward yourself for hitting certain milestones, so you’ve another real reason to make this all work.

For example, let’s say you’ve a new mixtape coming out. You’ve got to contact a lot of people and companies to get the word out there, but you’re getting rejected a lot.

While it’s easy to just stop what you’re doing, instead tell yourself you’ll do something nice if you continue and contact at least say 100 people. Maybe you’ll have a night out with friends, maybe you’ll buy a new piece of studio equipment, or whatever else you enjoy.

The important things though is to stick to this; if you don’t hit your target, you don’t get your reward. No “I almost made it so I’ll reward myself”, it’s everything or nothing.

P.S. Rejection is part of the music business, no matter how good you are it’ll happen. That said, if you’re talking to 20 people and you get rejected by all of them, something isn’t right. At this stage, it’s time to rethink your strategy. Are you targeting people who are currently ‘out of your league’ (you’ll need to start with less well known ones then build your way up)? Are you approaching people with a ‘me me me’ attitude (you’ll need to benefit them first)? Are you currently talented enough? Whatever the case, change up your tactics if you’re not getting anywhere.

While the above make promoting your music more fun (or at least more manageable), one of the best ways to get motivated about marketing is to actually see results! When you promote your music and you can actually see you’re getting more fans an possibly making money from music, this will be a huge motivational lift for you. To not only see it works, but to get real results.

Be sure to keep at promoting long enough for this to happen. When you do, your mindset will start to shift and you’ll start thinking of more ways which you can achieve the same or better results. This is when you’ll naturally start making marketing part of your music plan, rather than just forcing it. Just don’t give up before you reach that stage.

Promoting your music doesn’t have to be difficult. It’s simply a case of having conversations with people and working with certain partners. By doing the above things you could actually start enjoying music promotion, and it’ll be easier to become part of your routine.

Do you know any other ways to make music marketing more enjoyable? Let us know in the comments if so.