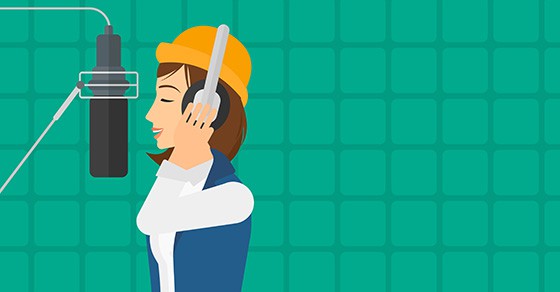 It’s important to know what you’re getting into when you start a publicity campaign. Whether you’re working with a publicist, hitting it DIY, using a marketing agency or otherwise, you want to get your money’s worth and you need to make an impact. This means you need to put in some effort.

Having worked with publicists and ran publicity campaigns, I’ve had good experiences and bad experiences. A big part of what makes a good experience is the work I (the artist) put in to manage the campaign and make the most of it.

So here’s a few things you should do to maximize the impact of your campaign.

Use Your Social Media To Boost Your Publicity Campaign

Why are you paying for publicity if you’re not telling people about it? It seems so obvious, but many artists forget or perhaps don’t want to share their publicity.

To me, a big part of publicity is generating buzz amongst people who are already your fans. It makes them feel like they’re on a journey with you and experiencing your rise as you are.

Also, publicity is literally the best kind of content to put on social media. It’s not really self-promotion (because someone else wrote it), it’s content with real value, and it’s something people can get genuinely excited about. It really doesn’t matter if it’s in a prestigious magazine or just some random blog – any press is good press when you’re an independent artist.

Publicity has the added benefit of exposing you to new audiences. If you’re not active on social media, you’re missing out on engagement from new fans.

Make Note Of What Works… And What Doesn’t

Over the course of the campaign you will discover that certain things work better than others. Frankly, there’s no point spending time and money on things that don’t work, so it’s better to realize that and move on.

Generally speaking, my metric is how well a piece of publicity does on social media. If it’s a great piece – a show review, an in-depth article – the Facebook post will get dozens of shares. If it doesn’t… then it’s not worth much to me!

In particular, I found that the press I would get before a tour stop was generally ineffective. It would be in the local newspaper somewhere, but people didn’t really care about it in the wider world, as it didn’t pertain to them. It also doesn’t put butts in seats, so overall I felt I could leave behind a fair bit of tour publicity.

The best press I’ve received has been show reviews, in-depth articles and live performances, any press in a more “prestigious” news outlet, and really good interviews.

I’ve also found that online press is just as good (if not better) than physical press. It’s easier to share online, and it’s sometimes written and presented in a more engaging fashion.

Either way, make sure you take note of what works and what doesn’t for you. Sometimes publicists will just go and do their usual thing, but remember that you are the customer here. You’re paying them and you absolutely have a say in what kind of press they go after.

During Your Publicity Campaign, Make A Personal Connection With The Media You Deal With 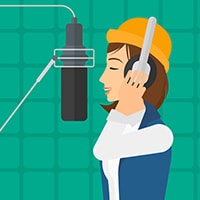 If you can develop a reputation for being personable and easy to work with in the media, you will get more press. It's as simple as that!

It’s a small community, and word gets around if an artist is hard to work with. So make an effort to be helpful when dealing with the media, and better yet make a personal connection.

In the past, I’ve straight-up asked journalists for their phone numbers or added them on Facebook. I usually follow up with them to give them a “thank you” and cement the fact that we are now friends. The next time you need a bit of press, these contacts will come in handy.

Keep An Open Line Of Communication With Your Publicist

If there’s one thing I’ve learned in my relatively short musical career, it’s how important communication is. I’ve made the mistake of not being upfront with people about money and how I feel more times than I would care to admit.

In one particular case I was working with a publicist and wasn’t very happy about how the campaign was going/being run. I had lots of questions and concerns, but I felt intimidated and didn’t speak up.

What followed was a long uncomfortable silence and then me breaking off the contract and losing a couple thousand dollars. Don’t make this mistake! Know what you want going in and be prepared to talk openly about your goals and overall feelings towards the campaign.

On another note – always talk money first. Make sure you’re very clear about what the contractual expectations are and what that means for you.

You and your publicity team have been working hard at creating a buzz, the last thing you want to do is to stop pushing right when you’re starting to have pull. I see this happen to a lot of bands for a variety of reasons. Sometimes the band breaks up or sometimes they run out of money. Or maybe they just get lazy!

For example, I know an artist who had a really great year and finished it off with a super hot set at a showcase. Everyone thought they had a really bright career ahead of them, but after that year nothing really happened. The buzz just died.

Unfortunately, buzz just doesn’t sustain itself. You need to follow up a publicity campaign with more great content. More music, more videos, more shows! Everything has to be – or at least appear to be – an upwards trend. That’s what drives your buzz!

Publicity is tricky and fickle. It’s very difficult to know what’s going to stick and what’s going to flop. Having a publicist or someone on your side can be very helpful, and being conscientious about how you're using your publicity dollars is a must.

Don’t be intimidated though – it’s very rewarding to see press roll in. And it will happen to you! It just takes patience and work. Good luck out there!

Guest posting, one of the top online marketing strategies that many musicians still haven’t caught on to. If you make music, you should be guest posting. It’s a free way to get yourself out there among your target audience. Today I’m going to look at what guest posting is, what it involves, why you should… 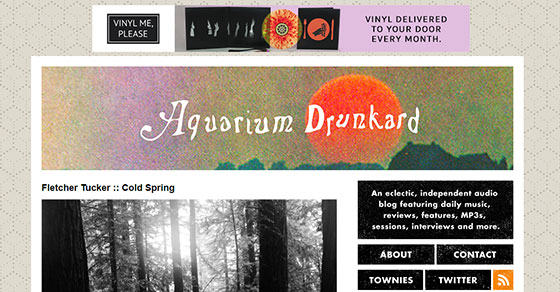 With the rise of music blogging, it’s easier than ever for artists to be their own publicists. And I think you should try your best to be your own publicist whenever you get the chance! It’s cheaper, and nobody cares more about your music than you do. The problem is, everyone can do it, and…

Podcasts continue to rise in popularity, providing musicians, businesses, marketers, and alike with opportunities to connect directly with their audiences. If you’ve ever thought about podcasting to promote your music – or if you have had the desire to learn more about podcasting – you’re in the right place. In this guide, you will learn…

Finding it difficult to get your music out there? Need tips on the art of music promotion? Then look no further, as I’ve just created a epic list of 86 music promotion tips just for you! I’ve broken them down into different categories, so they should be easier to refer back to as needed. Be…