You are here: Home / Getting And Performing Gigs / Planning An Album Release Party; Ideas And Free Checklist 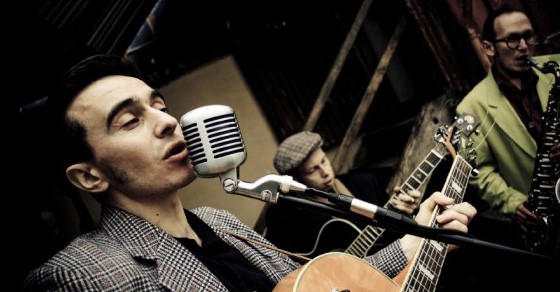 Album release parties, also know as album drop parties, are pivotal for any musician in any genre at any stage in their career. These gatherings announce that a record is going live, celebrating the culmination of an artist’s hard work.

They’re also important for album promotion, the building of your reputation, and network development.

So what are the elements of a good drop party? Today we’ll look at the hype (music promotion), the invite list, the venue, and the party itself. Through this you should see what it takes for a successful party that will launch your album the right way.

Note: The skills learned in this guide will also be relevant for a mixtape launch party as well as other music release parties in general. 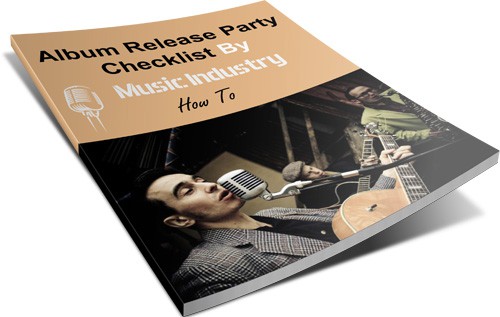 Want to make sure your album release party goes smoothly? Then be sure to get this checklist below which shows a list of things you’ll need to have in place:

> ‘Right click’ then ‘save link as’ to save this Album Release Party Checklist to your computer or phone. <

Don’t forget any of them now…

Make Sure There’s A Plan Behind Your Album Drop Party

Album release parties should have a step by step agenda, so it’s best to plan ahead. Set a strict budget so that you won’t overspend on cocktail shrimp and realize that you can’t spring for lighting. Then follow that budget to the letter. Allocate funds to the things that are most important to you and, by extension, your music.

The date is important. Look around at your fellow artists and make note of when their drop parties take place. It’s unwise (and rude) to compete with their event. However, having your party in the same month or so might actually increase your chances of having a full guest list. Weekends are generally preferable over weekdays so that you can plan on all of your guests being able to stay up with you and have a good time.

Venture out and find a band or two to act as openers for your live set. You have a couple of options. You can reach out to local celebrities for an intro, though they could feasibly require payment for the gig. You can call in a favor to some friends of yours who have a similar sound. Or you can lend a hand to a local band that isn’t quite as developed as you are; they might be happy to have the exposure.

The Venue For Your Album Launch

Now let’s talk logistics. First, you need a venue. If you’re one of those artists with enough of a following (and funding) to book an actual venue for your many supporters, you’ll want to nail down a date and a general idea of how many people will attend. Even if you’re holding your party in someone’s back yard, you should make sure well ahead of time that the space is available and receive written confirmation that you have dibs on it.

What do you need in a venue? Mingling area, possibly a dance floor, stage (for making announcements and for your live set). But you’ll certainly need appropriate sound capabilities in terms of acoustics and power requirements. Whether you’re renting a hall, in a park, renting a sound system, or in a living room using the highest of hi-fi speakers, keep the focus on the music throughout the night.

The List; Who Are You Going To Invite To Your Album Release Party?

This is an important part of things, and should be near the top of your gig checklist. Some brave souls open up their album release parties to the general public. If this is your first rodeo, or if you’ve got budget constraints on a small affair, this route is not recommended. In fact, an exclusive list might encourage some exclusive guests to come to the event. 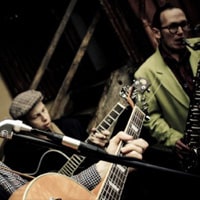 Remember that there are some people that really need to be on that exclusive list. Your agent, your producer, your mixer (where applicable) and that one guy who filled in last minute when your bassist was sick – all of these people who have become allies in the industry should be invited. Failing to acknowledge them isn’t just poor taste, it can also tank your career if you prove ungrateful or difficult to work with.

You should also use those networking skills you’ve been working on to make sure invites make it to local critics and possible benefactors. Music venue owners will be much more receptive to booking you if you’ve made it clear that you value their support. Significantly, inviting local radio personalities and music moguls can ensure that you get a mention on air the following morning. Aim high!

Inviting fellow artists that aren’t playing a set, whether friends or rivals, is also a good move. Not only will you likely strike up fruitful conversations about the industry, you could find yourself talking about doing collaborations.

Lastly, you naturally should make sure that your personal support system is present. This includes friends and family. Don’t worry about not looking cool because your parents are invited. If you’re serious about your music career, and they helped you on your way to it, they should be there. Make sure you recognize them along with your professional support system when you say your ‘thank you’s.

As a note, don’t forget to “invite” people like the bartender, the caterer, the photographer, the opening act, etc.

Build Hype About Your Launch Party (Market It Properly)

To generate interest in your event, you’ll almost certainly need to turn to the world of social media. Whether private or public, you’ll want to make sure your fans are aware that the album is being released and that you’ll be celebrating it. If you’ve really been hitting the networking hard, you can reach out to those radio connections to get a plug beforehand.

For those public parties, don’t underestimate the power of the flyer. Especially if you’re near a college, you can rest assured that flyers will do their job and attract fans and future fans alike. You might get more than you bargained for, of course, including ruffians and hooligans. So beware.

Depending on the size of your budget, you may or may not want to have swag to give out to your party goers. Perhaps you’ve got the funds to hand out a burned CD of your top single. The alternative option is to have a sales booth where your guests can purchase the album or merchandise. Obviously hats and t-shirts are a good choice in either occasion because they provide advertising and endorsement when worn about town. This will be valuable for years to come.

If these ideas aren’t in your budget, consider partnering with a business or two. Promote them at your party and they might be willing to give some products in return.

Last Notes About The Event

As schedules go, set aside a block of time early in the party where you can make your acknowledgments, raise a glass, and most importantly introduce your album. From there, let the mingling begin with drinks in hand and networking in high gear. Your opening act should then take up the stage with you on their heels. Hopefully, your guests will get in the groove and dance the night away till closing time.

So there are the bones of your album drop party. Be sure to download the above checklist (at the start of this guide) to get more ideas and tips.

Fill in the gaps with the style and personality that make you distinctive as an artist. This is a moment of victory, but it’s also a chance for growth and branding. Take full advantage of this occasion and leave your fans and peers able to focus on the real reason to party: your album.

Written by Jack Stokes; a music writer and reviewer with Zu Audio, home of the great American high quality speaker. He has attended album drop parties for aspiring stars for years and determined that the artist’s personality trumps the flower arrangements every time.