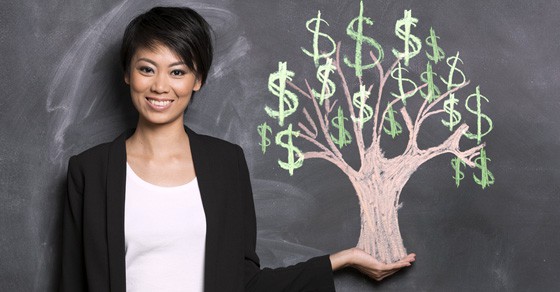 Many of the guides here on Music Industry How To are based around free ways to promote your music. That said, if you have a budget behind you, even a small one, there are ways you can use that to push your music career forward faster.

There are lots of services and companies ready to accept your money and claim they can get your music out there. While some will be helpful, many of them won't.

So how do you know which you should be using as an independent musician? This is what I'm going to help you with today. Here are some ways you should and shouldn't be spending your marketing budget.

First of all, here are some things you shouldn't spend your money on and why.

When you're an independent musician with a fairly small fanbase, one of the worse places you can spend your budget is in magazine adverts. Why? Because the people who see these ads aren't likely to go and check your music out.

I've tested this with some of my clients in the past (although I've always advised against it), and the results you get for your money are close to zero. This is because these type of ads are only good for musicians who are well known who want to raise awareness about a forth coming release.

Think about it; if you see a ad for a musicians you've never heard of before in a magazine, how likely are you to read it all then go and type their details in your web browser? Not very likely, right? You've never heard of them, and you can't hear them from this advert. In other words, there's no real incentive to look into this act. Instead, you'll probably flick the page and find the magazine content you're really looking for.

Unless you already have a name and want to remind people you're around, magazine adverts are a waste of money.

Radio adverts are more effective than magazine ones, but they still have their problems.

If you're going for mainstream radio ads for example, chances are it'll be well out of your budget. While they reach a lot of people, these can be very costly. Furthermore, to get your music to stay in the minds of people, they'll usually need to hear you a few times first, not just from that one ad. This means as well as spending money on the radio ad, you'll also need to spend on other types of marketing too.

While advertising on smaller radio stations can be cheaper, they can still be costly. That said, it is an option.

One downside of radio ads is that people aren't likely to take much action off the back of them. Those that are listening for the music will usually switch stations when the ads come on. Those that have it as background music during work or a car drive will listen to the adverts, but as they're busy won't take action on what they hear (e.g. you saying to go and download some of your music etc). They can't as they're busy.

While it can be useful as part of a bigger marketing campaign, if you haven’t got a big budget, it's best to steer clear of radio ads. The below will get you better results for your money.

So those were some forms of paid advertising musicians should leave alone, here are some ok types you can do. Note though that these aren't the best things you can do with your money; I'll show you what those are below. They are still however approved by Music Industry How To. 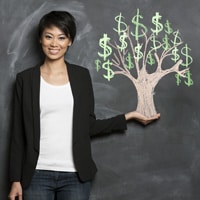 Facebook ads are a decent place to get started if you've money to spend on advertising your music. They work on a ‘cost per click' (CPC) basis, so you'll only pay when someone has clicked over and gone to the page you want them to. There's also a ‘cost per mile' (CPM) advertising option where you pay based on the amount people who see your advert, but initially when testing you should probably go with the CPC option.

A good strategy is compare yourself to a known act in your genre, and mention that if fans like them they'll probably also like you. Then target the ad campaign at the fans of the person you've mentioned.

The other option is to get people to like your page. This is usually cheaper, but make sure you've got your music on there so people can actually hear you. If they haven't heard you before, they're not going to like your page.

I'll go more in-depth about Facebook advertising for musicians in a future guide.

Another decent way to spend your advertising budget is buying sponsored features.

So let's say there's a website where your target audience often visits. Maybe they share industry news, new releases from established artists in your genre, and talented up and coming musicians. But when you've asked them to cover you, they haven't.

While one option is to wait until they start to take notice of you, another is to speed up the process by paying for coverage. Most entertainment websites accept paid placements, so it's worth asking if this is possible.

In this sponsored feature you could be mentioned as an up and comer worth watching, ideally in a third person voice. People are always more likely to trust the view of a neutral party.

These adverts are similar to sponsored magazine features, but more effective for a couple of reasons:

These are also usually cheaper than magazine adverts too, but not always. Either way they're more effective for the independent musician if you choose the right websites to be featured on. Make sure they get regular visits are are well respected in your genre.

The Best Type Of Paid Ads For Independent Musicians

Ok, so I've saved the best to last. If you have a advertising budget, here is one of the best things you can spend it on:

There are musicians out there in your genre who have done all the hard work and now have a name for themselves. You can use their name as a shortcut to getting your own name more well known.

By working with acts bigger than you, people will start to pay attention to you too. This is especially true if the act you're working with is pushing the song or project you collaborated on.

The problem though, is bigger acts won't usually work with smaller ones unless they know them personally or admire them. And as they have lots of musicians contacting them all the time asking for collaborations, they usually don't do most of them. They have limited time and it won't benefit them enough.

Most people who seek collaborations aren't willing to pay these acts though, so if you approach them and are willing to pay for their services, chances are you'll get to work with some of these bigger name musicians.

The great things about this is not only do you get to work with these acts, but once you've paid for a few collaborations (and fully promoted the songs of course) other acts will be more open to working with you. Even if you don't pay them. They'll associate you with being on a higher level, so they'll feel it'll actually benefit them too.

You can collaborate in the form of doing vocals together, buy backing tracks from a bigger producer, collaborating on tours and the like.

P.S. If you haven't got the budget to work with the biggest names in your genre, go for the mid level acts who still have a fanbase. This will still help boost your name.

If you have money to spend in your music career, the above are some things you should and shouldn't spend your money on.

Publicists can do wonders for the success of a release, a tour, and ultimately a music career. However, you first need to sign one on to your team. To complicate matters, you need to find and sign the right publicist, who works well with your genre and level of success, and most of all, loves…