You are here: Home / Music Production / How To Make A DIY Recording Studio, This Setup Will Work 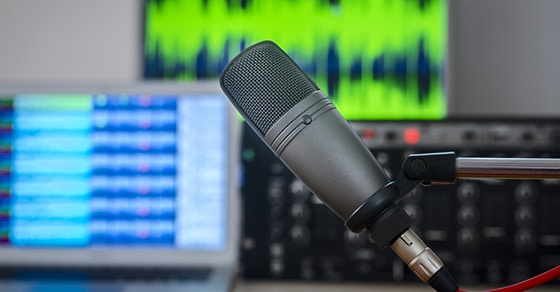 My home studio is my happy place. It’s far from perfect and I’m kind of addicted to making upgrades (both aesthetic and practical) but it’s where I call home for most of the day.

I’ve had a home studio for most of my life. It started out as my bedroom in my parent’s house, and it quickly consumed the entire basement. I began with headphones and a MIDI keyboard, and I now have two sets of monitors, 18 inputs, a bunch of instruments, and a couple drawers of mics.

If you’re diving into the world of DIY home studios, know that it can be a bottomless pit, and know that it is a big learning curve. It’s also a ton of fun and incredibly rewarding. You’re making a conscious investment in your art and that is commendable.

In this guide, I want to walk you through two different studio setups: One that is capable of recording live instruments (including drums), and one that is designed for an electronic based workflow (EDM, Rap, Ambient, and anything with electronic drums).

The reason I make this distinction is that the required equipment is completely different. Everything from the room to your mic choice will change if you’re wanting to record live drums. Also, different gear is suited towards different styles of production, so to make appropriate recommendations, I need to separate the two.

I also want to keep your initial budget under $600. The only way I can do this is by assuming that you already have at least one instrument and you have a somewhat new computer. Otherwise, your investment will have to be a little larger.

If you don’t need to record live drums to make your music, that is super awesome, because you’re about to save a bunch of money. Good for you!

An electronic based home studio can be extremely simple – as simple as a computer, a keyboard, and some headphones. Of course, you can make it as complex as you want, with virtually no limit on how much money and time you can invest. But for now, let’s start with the basics:

As I said before, I’m assuming you already have one of these for the sake of the proposed budget. You can use almost any computer to record music, especially if the music is electronic based. That said, there are definitely some things that make music-making easier.

If you are looking for a computer, look for the following tech specs: 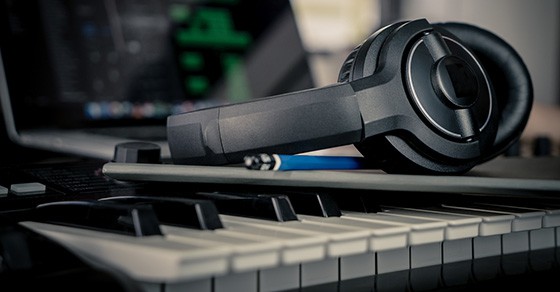 A DAW is a Digital Audio Workstation. This is the software that is required to record the music into. The DAW will come with some plug-ins that allow you to effect tracks and multi-track a nearly unlimited number of separate tracks.

In my opinion, your DAW matters very little so long as you are making music for yourself. If you want to make music in a pro studio, you should consider learning Pro Tools. Otherwise, here are some amazing options for creating electronic-based music right now.

REAPER is awesome. It’s a free download, you can get a non-commercial license for $60, and it’s intuitive and easy to use. REAPER is open-source, so there are a ton of free tutorials and an excellent online forum and community.

REAPER is a great option for anyone looking to make music at any level. I even know a few pro studio guys that use REAPER over Pro Tools.

If you’re a Mac user, you’ve probably already been experimenting with GarageBand, which is in and of itself a very powerful piece of software. Logic is the next logical step if you’ve been familiarized with GarageBand.

It’s very affordable, coming in at $200. It has a bunch of really great synth, instrument, and drum sounds on it. I personally love a lot of the stock plugins, and find them to be better than most stock plugins.

As far as electronic based music goes, it doesn’t get more specialized and ideal than Ableton Live. It can be used for live performance as well as studio production, and has a workflow that is specifically designed for this purpose.

Unfortunately, as with most top of line gear, it comes with a top of the line price: $650 or more. They offer various “Lite” suites and cheaper options. If you’re looking to really dive into this world, they may be worth exploring, if only to get yourself acquainted with the software.

An audio interface is basically an external soundcard that will connect microphones and other lines to your DAW. If you are recording any sort of real voice or instrument, they are necessary, and even if you’re not, they are still necessary in order to hook up monitors.

Interfaces range in price dramatically from $70 to many thousands of dollars. The preamps (amps that process the audio signal) differ and so do the number of inputs. Generally, you’ll be looking for a USB interface with anywhere from 1-16 inputs.

This interface comes in at a neat $100 and will work completely fine for most people who don’t need to record more than one line at a time. Particularly for electronic based music, this interface will be fine.

Look in a similar price range for other interfaces that will do an equally good job.

Microphone (If You Are Tracking Vocals)

If you’re recording vocals, you should be looking at investing in a nice microphone. Again, microphones can vary in price from the $70 mark to many thousands of dollars. The top of the line Neumann and Telefunken mics can cost over $10,000.

You, however, will be better off with an entry level large diaphragm condenser mic. Here is my top pick:

I’ve owned one of these for years, and its usability never ceases to amaze me. You can find them used for $100 and get them in a pack with an XLR cable, mic stand, and pop filter for under $200. 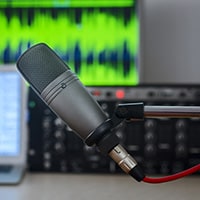 Most electronic based music requires some sort of MIDI instrument, and keyboards are a great place to start.

You have a virtually unlimited amount of sounds at your fingertips, because most DAWs come with a host of MIDI instruments.

You don’t need to spend a lot of money on a MIDI keyboard. Here’s my top pick:

These go for about $109 for 25 keys or $175 for 49. They will work for almost whatever you’re planning to do. They have full-sized keys, and eight programmable pads. A single USB cable gives it power and connects it to computer instruments.

The goal of a basic home studio is just to get you making music right away, so it’s okay to just get yourself a set of headphones and start creating. Even if you’re just starting out on listening headphones or consumer headphones like Apple headphones, that’s fine! Just start making music.

At a certain point, it will definitely be useful to upgrade to studio headphones – even entry level ones – as they are sonically balanced and designed to give you more accurate feedback on what your music sounds like.

And then, you’ll end up wanting to get monitors, because recording and making music on headphones gets very tiring after a while.

These are closed-ear headphones that are quite comfortable. They are collapsible and portable and very durable. I’ve used these in my studio for years, and while they don’t necessarily do music any favors, they do what they’re designed to do.

In pictures of other people’s home studios, you’ll probably noticed their monitors with the signature yellow dots. These are KRK Rokits and they are far and away the best monitor in the price range. You can easily pick up a pair for $300 or even $200 used if you’re lucky.

They don’t have great bass extension and present as being a little bit colored for most people’s liking, but they work just fine.

Here is your shopping list for an electronic based home studio:

This puts you just slightly under the $600 mark and if you’re shopping used, you can probably score some deals. Either way, you can get to making music now.

A DIY Studio That Can Record Drums 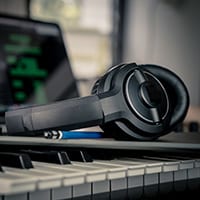 If you’re recording a band that has a drummer, your requirements for a studio will be different. You still need many of the same things (a DAW, a computer, and mics) but you basically need more of everything.

Your computer needs to have similar specifications as outlined earlier, but the more power, the better. You’ll be recording more than one instrument at a time, so it’s necessary to have as much processing power as possible.

Here are some changes you’ll need to make to the above list in order to record drums:

While it is totally possible to record drums with one mic, you’re probably going to want to expand on that as soon as you can. Especially if you want to record drums and bass at the same time. Look into getting another Focusrite Scarlett, just with some additional inputs.

If I was going to recommend one mic to you, it would be the AT2020. You can record drums on it, vocals, instruments, pretty much anything. That said, you’ll soon want to add a few to your arsenal. Here are my recommendations:

Something to factor in every time you buy a new mic is the need for a stand and cable. These things have skyrocketed in price recently, and you’re looking at easily $60 for a nice mic stand. It’s usually worth investing in a good quality stand, because you don’t want to buy new ones to replace broken ones over and over again.

What Not to Buy