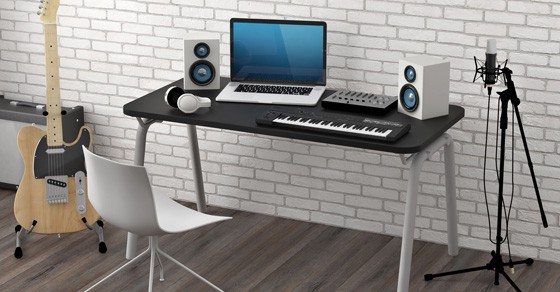 There are actually a number of different ways to go about recording your first song. You could record on your own.

You could collaborate with a friend with some technical savvy. You could book some time with a professional studio engineer.

Is there a right and a wrong? Not really.

It just depends on the quality you're looking for, what you hope to achieve with the song, and how much money you have to spend.

For the purpose of this guide, we'll assume you have a laptop or a desktop computer, and you're going to record the song yourself. Here's what you need to know, and what you need to do to get started.

P.S. If you're not sure if you which kind of studio you want to use, you can compare home and professional studios here.

What You're Going To Need To Record Music At Home

It isn't much fun when you're following along with an instructional manual and you suddenly realize that you don't have a necessary piece of studio equipment to complete the process. Let's try and avoid that here.

Don't worry; you're not going to have to spend thousands of dollars just to get up and running (unless you want to invest in higher quality gear). Here's what you're going to need to record your first song:

How To Get Set Up With Your DIY Home Studio 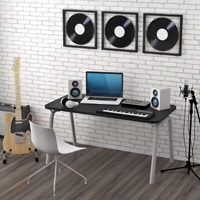 Follow this simple four-step process to get your gear set up and ready to go.

Install your DAW of choice on your machine. As long as it's compatible with your machine, this should be a straightforward process. If you're using GarageBand, move onto step two!

More than likely, there are only two cables you'll need to connect to get your audio interface up and running. One is an AC (wall plug), and the other is a USB cable. That much should be pretty easy to figure out.

Whether or not your computer immediately recognizes your device depends on your machine as well as the interface. You may have to install drivers, which typically come loaded on a CD with your hardware.

If not, they can usually be found on manufacturer websites. Also keep in mind that you may have to restart your machine after installing new software.

Your cable has a male end and a female end. You should be able to figure out what goes where.

If you've done everything correctly, and your software and hardware are cooperating, then you should be able to check for levels on your mic. The exact procedure depends on the software you're using.

In Tracktion, you would simply record enable the track, and you should see the meter bouncing up and down as you talk or sing into the mic. Oh, and don't forget to turn the gain up on your audio interface.

If that's sitting at zero, you're not going to get any volume out of the mic. One other consideration would be whether or not to activate 48 volt phantom power.

Some mics need it, while others do not. If you purchased an SM57, it definitely does not!

You're all set up and ready to go, and the only thing you need to do now is to hit record.

Now, it is a good idea to give a little bit of forethought to the structure of your song before you start tracking. For example, you might get your drummer to lay down a beat before everyone else plays their parts, so that everyone stays in time.

Of course, you can experiment and try your own process too.

Thanks to multi-track technology, there's no need to record everything at once if you don't want to. You can record one track, then another, and then another.

If your computer is reasonably fast, you'll probably be able to lay down hundreds if not thousands of tracks without bogging down your processing power.

Of course, bands like The Beatles used to record around one microphone, and recordings like that have their own unique charm too. This is not a bad option if you have no plans of fixing anything in your recording later.

Note: This competition is now closed. Congratulations to the winners @aseebach1 and @mathiasbech. If you’ve ever wanted to learn how to produce a techno or tech house track before, you’re in luck! I’ve managed to get my hands on two copies of the new Techno & Tech House Production in Live 9 course by respected…

If you’re planning on setting up a studio where people are going to be recording vocals, it’s important that you fit in a proper vocal booth. While it’s possible to record vocals without a booth, the results you get will be no where near the level they would be if you got one made professionally….

Today I’m going to look at some of the best cheap music production software on the market, and look at whether or not it’s worth your time getting. From the beginning though, I want to let you know that Dubturbo is easily the best option if you’re looking to start making beats on a budget…

Hi guys, Sean here (not Shaun Letang). Recently I went through the process of building a semi professional recoding studio and learned a lot along the way. I thought I’d share with you some of the lessons I learnt. Most things went well, but there are a few things I’d do different next time. It’s… 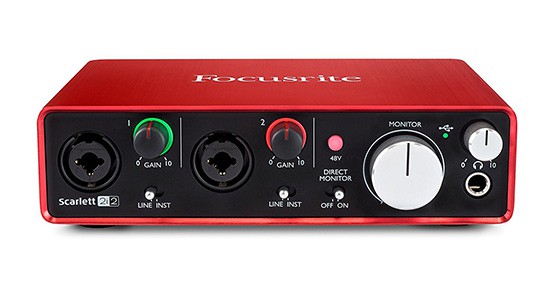 So, you want to set up a home studio. You want to start producing music. Where do you start? There are so many things to spend your money on, it can feel overwhelming! The truth is, you just want to start making music. So, we’re going to give you the definitive list of hardware that…