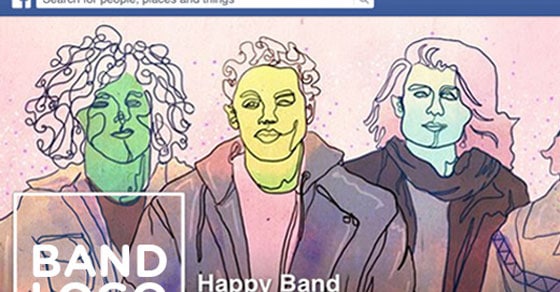 There are basically two images you need to pay attention to when you're setting up your Facebook page: your profile image, and your cover photo.

Here's why that's important: it's the first thing people see when they land on your fan page.

By default, people pay attention to what's above the fold. “Above the fold” is a term that was originally used to describe the upper half of the front page of a newspaper , which prominently features the most “important” headline of the day.

Web designers have been using the same term to describe the part of the webpage you see before you start scrolling down for years.

Granted, there are a lot more factors to consider with a webpage – the size of the viewer's monitor, the resolution it's set to, the size they've set the browser window to, and so on – but the first thing they see will inevitably be the top portion of the website.

And since the eyes are naturally drawn to faces and colorful images, the first thing people see when they visit your Facebook page are the two images I just described: your profile image and your cover photo.

So let's take a look at how to create the perfect Facebook profile image for your band.

Yes, I know, “keep it simple” tends to get thrown around a lot in reference to a variety of different things. But stay with me, and I will explain why this is important.

If people happen to click on your profile image, they will be able to see it at full resolution. But by default, all they see is a little 160×160 square above your cover photo. If they're looking on a smartphone, it's even smaller, at 140×140 pixels.

And when it comes to individual posts, your profile photo shows up even smaller than that.

Bottom line – if your profile image is a mess of colors, has too many points of focus, or is hard to make out at smaller sizes, it's not doing it's job.

Also, if you're going to be using any kind of text, try to make it readable. You should probably use as little text as possible, but if you must, people shouldn't have to squint their eyes at your picture to try to figure out what it says.

Create An Image With The Correct Dimensions

I've talked a little bit about dimensions already, so you might be under the impression that you need to create a profile image that's 160 pixels by 160 pixels. I would advise against that.

Also be aware that your image will be cropped to a square, regardless of its dimensions. So you can't cheat by uploading an image that's 320×600 pixels, for example (if you want the whole image to show). 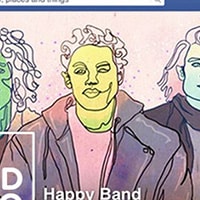 Since we know that your image is going to be scaled down no matter what, I do suggest creating an image that's a square. But keep in mind that it can be much bigger than 160×160 – 800×800, for instance.

That way, if your fans do click on your profile image, they can get a better look at it. And even when it's scaled down, the original image is at a higher resolution, so it should look much better than if you just uploaded a 180×180 image.

Get Your Branding Right

There are a lot of different channels through which your fans can find you online, whether it's your website, your social media profiles, or in articles and reviews.

But if you have any kind of control over the property you're posting to, it's always a good idea to maintain consistency across the different channels.

If you plan this out in advance, it shouldn't be a big deal. But if you've been using a variety of different pictures and images on different platforms, you've got some changes to make.

If it feels overwhelming, then it might be time to drop a social channel you're not using as much. If you aren't invested in engaging your audience on certain platforms, you will probably never have the time or desire to. Stick to what you enjoy and what you're good at.

Set yourself up for success by presenting the same branding on every platform you use.

Create Blend Or Contrast With Your Cover Photo

There are basically two ways to make your profile photo stand out. One is to blend it with your cover photo. The other is to create contrast. First, let's take a look at how you can blend the two.

As mentioned earlier, the profile photo overlaps the cover photo. If you click on an earlier link marked “dimensions”, you'll see that Facebook tells you exactly where the profile image sits in relation to the cover image.

Now, if you aren't a Photoshop and math wizard, this might prove a little challenging. Fortunately, there are many low-cost services out there that can do this for you.

The other method is to create contrast. This is pretty much like it sounds. The idea is to make your profile image stand out from the cover photo or vice versa. This is another effective way to catch the eye. You can simply use different colors for the two images, or have a face in the profile image, and a picture of your new album cover in the cover photo, as an example.

It can be easy to ignore something as simple as a profile image, but it really is the small things that separate you from your competition. You won't regret putting time into creating a professional, well-branded image online – it will help with your marketing big time.

I’ve mentioned previously that I use tools to help me better market myself on social sites. Since then, I’ve had numerous musicians and others in the music industry say they’ve too started using these tools and how much easier it’s made their promotional efforts. Although I still use Tweet Adder, which is the tool I…

Today we’re going to look at some of the biggest mistakes you can make while marketing your music on Facebook. Building a music career isn’t all about social media, but it is an important marketing component of it. In particular, Facebook is the most popular social media site on the web, and one that has… 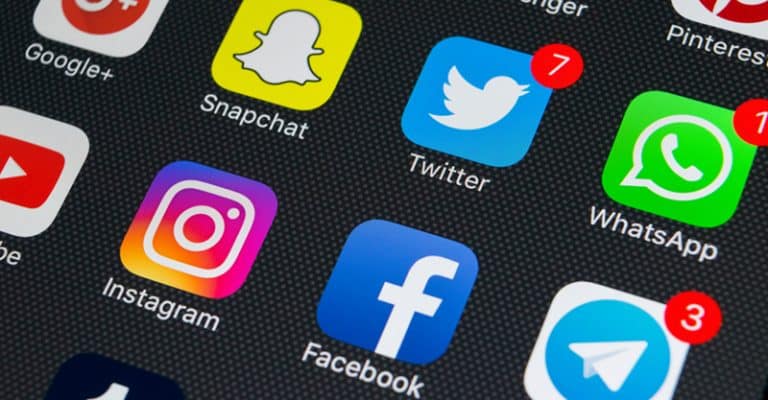 So you’ve managed to build up somewhat of a following on Twitter, but there’s just one problem; your followers aren’t getting that interactive with you and your profile! What are you doing wrong? How do you get people to start getting involved with what you’re doing? This is what I’ll help you with today. It’s…