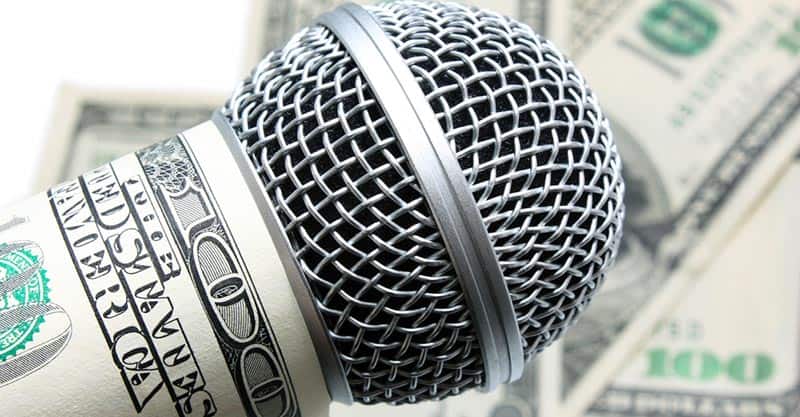 When you Google “How Much Do Singers Make”, you get a confusing list of answers.

I can tell you right now that the answer isn't that straightforward.

What Does A Professional Singer Do?

First off, it’s important to define what we’re calling a singer.

For our purposes, I’m treating the term “singer” the same way I would treat the term “guitarist”.

If you’re looking to become a professional singer, you’re not necessarily writing songs or performing sets of original music.

You are a voice for hire.

You do things like: sing backups on gigs and recordings, tour as a hired member of a band, play night clubs, weddings and corporate events, sing at funerals or otherwise. You are a pay for service singer.

Generally, people who do this kind of work will also get featured as a singer on tracks, but you’re not an artist or a songwriter first and foremost.

The reason we need to make this distinction, is that singers who are also writing their own songs, recording them, selling their songs, selling merch, and touring, have other revenue streams.

Artists make money on royalties, merch, and ticket sales, amongt other things. They also have a lot more overhead.

Professional singers are like professional session musicians. They get hired for a purpose, paid, and that’s it.

All that being said, there are plenty of opportunities for singers.

How Much Do Singers Make Per Song? 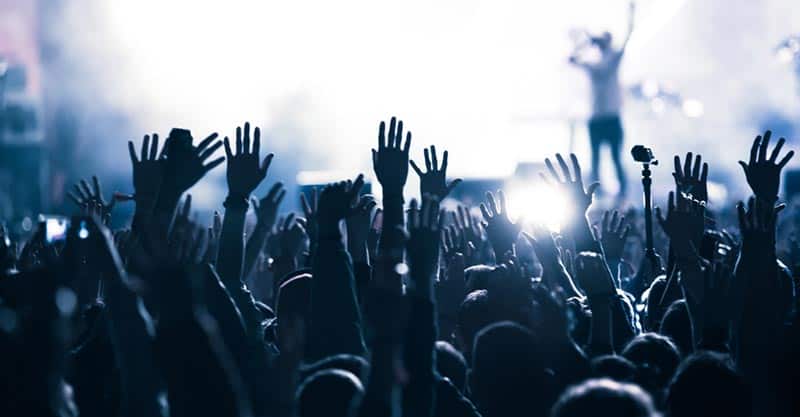 When songs are being recorded, there is often a need for backup singers and/or singers who can sing harmony.

Usually the singer in question will be hired based on their professionalism, experience in the studio and vocal quality. For example, a friend of mine just hired a singer to sing harmonies on a track because she has such a strong country voice.

Professional singers in places like Nashville or L.A. will often get hired to sing on demos that songwriters are pitching to artists.

Singers should receive the same or a comparable per-song rate as the other musicians performing on the track.

Not all artists will pay their employed musicians the same. Make sure you charge what you feel you are worth.

What Do Singers Earn Per Day?

There are many situations in which singers and musicians are paid a day rate.

For example, I was hired for a live music video (along with several other musicians) and was paid a day rate of $150 for around seven hours of work.

That is a standard rate.

If you are singing for a musical theater production, your day rate is probably higher.

Similarly, if you are teaching a singing workshop or something similar, you get to set your rate however you like.

An average day rate can be anywhere from $100 to $500 depending on the work, the person being hired, and the budget of the person doing the hiring.

How Much Do Singers Make On A Song They Didn’t Write? 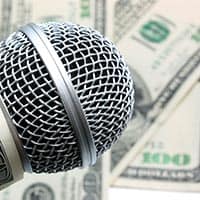 Since the dawn of the music industry, there have been famous singers who sang songs they didn’t write.

All of these artists are singers, not songwriters.

For example, “…Baby One More Time“ was written by Max Martin and performed by Britney Spears.

Britney Spears does not earn any public performance royalties from this song. When it is played on the radio, Max Martin earns the royalties.

In almost every country except the United States, performers on tracks (singers, backing musicians, engineers, etc.) will earn a Neighbouring Rights Royalty.

Basically, a singer will earn whatever their one-time fee is for singing the song. And, that’s it.

Now, Britney built huge career on that song, so it was worth it. But these are the kinds of things you should be thinking about as a singer.

How Much Do Singers Earn Per Concert?

Getting back to professional singers – most singers earn their income on live performances.

Unfortunately, the pay fluctuates a lot.

For standard bar gigs, cover gigs and hired musician gigs, singer will earn anywhere from $50 to $300 per gig.

$50 would be for either a quick gig, or a gig for a small artist that just couldn’t pay them well.

A giant New Year’s Eve show can bring in even more cash.

Consistent gigging is key to a professional singer’s income.

What Do Singers Earn On Tour?

Singers should be earning whatever the other side musicians on the tour are earning.

Generally, this should be a decent show rate – anywhere from $80 to $500 per show (sometimes more, depending on the artist) and a per diem.

Per diems should cover your daily food costs and some extra living costs (new toothbrush, that sort of thing).

Show rates vary widely, but per diems are usually $30 to $50 per day, depending on the country and the budget of the performer.

How Much Money Do Singers Make Teaching? 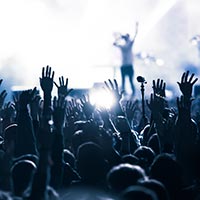 Many singers will also give lessons to supplement their income.

The per lesson/hourly rate will vary depending on whether it’s online lessons, in-person lessons, or lessons through a conservatory or store.

Generally, teachers should be earning around $50 per hour. Lessons through conservatories often cost up to $80 per hour.

Online lessons vary depending on the caliber of the teacher, but they can range from $30 per hour to $200 per hour.

Having a few students on the side can be a huge help financially.

How Much Do Famous Singers Earn?

Some stars rake it in. Others don’t.

Now that stars aren’t selling as many physical records, it’s even harder to make money.

Keep in mind that singers don’t earn money on their radio play if they didn’t write the song.

But just for the sake of it, here are some numbers:

In a Mirror article, Lily Allen revealed what she made for her John Lewis ad:

Everyone assumes I made millions from the John Lewis ad. I probably made 8,000 Euro.

It all depends on the artist and the gig.

It’s a tough business (and a competitive one) but you can make it happen.

This guide is by Music Full Time owner Ches Christian. What I’m about to share with you today is my opinion. Not everyone will agree, but I think a lot of you will see where I’m coming from. If you can, then hopefully it’ll help guide you in your approach to your music career. Most…

One of the questions I get asked most, is how musicians can get people to fund their music. My instant reply is usually to get a day job and earn the money yourself, as being a new musician that’s often the most reliable way to go about doing things. That said, there is another way:… 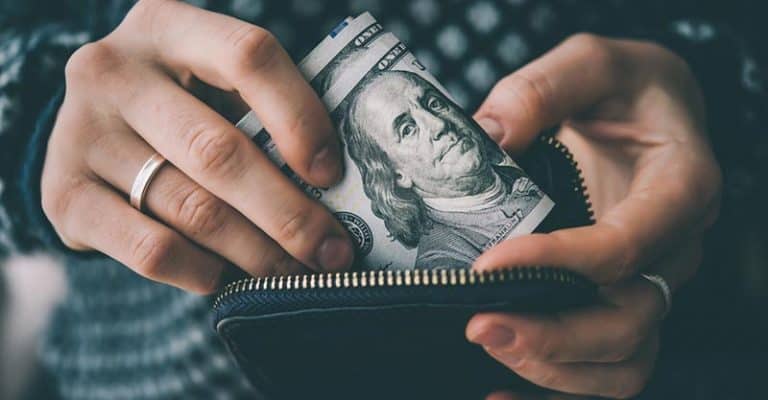 Songwriting is not generally looked at as a lucrative venture. The majority of people writing songs are not doing it to make money. But songs are worth money. People care about music and music has value. So, how do you get paid as a songwriter? As more and more people listen to your music or…

In the right hands, money is a valuable tool for furthering a worthy vision. In the wrong hands, money is little more than a means to an end. The problem (or prospect) isn’t with money – it’s with the individual using it! Some have a lot, and some have a little. For those that have… 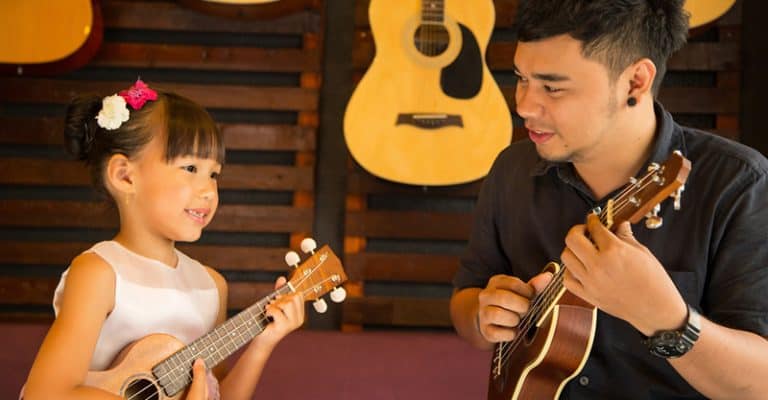 Getting into music education is a wonderful way for musicians with a passion for learning, teaching, and technique to earn a good salary and have a comfortable life. The positions available to music educators is wide-ranging. From entry level instrument instruction, to salaried instruction at a university, to teaching music theory, music history, and more….