You are here: Home / Making Money From Music / How Much Do Musicians Make? Independent & Signed Artists Compared 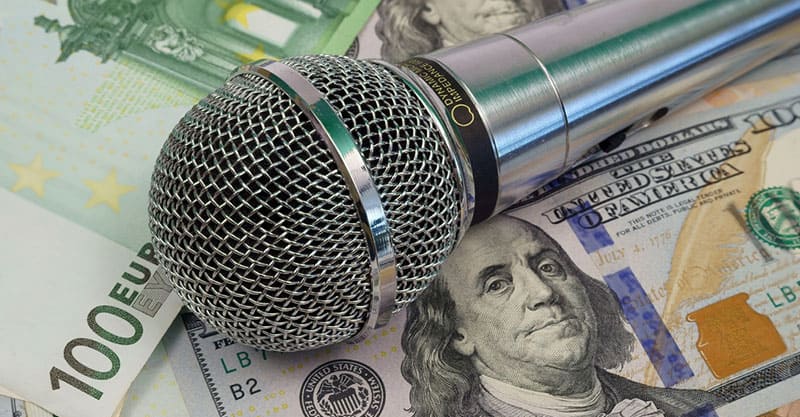 With so many reports and stats coming at you, sometimes it’s hard to know which to trust. It can even be a challenge trying to decode and interpret them.

Music industry executives might be happy about the influx of money they’re seeing right now, but for the average musician, not much has changed, which is why most content you can find about this topic is misleading.

We all know that success in music is hard. But most independents would be content just to make a living. Making a killing is rarely the preconceived goal.

So, let’s examine the numbers for ourselves for a better sense of what’s going on out there. Here are some stats on how much independent and signed artists make.

The following stats reflect the earnings of independent musicians across the U.S., Canada and UK.

There isn’t too much of a spread across each country, and even worldwide these numbers are likely to be relatively consistent.

The Rolling Stone magazine reported on this finding too, adding their own commentary around it.

But what do these numbers mean, exactly, and how should we interpret them?

First, I should clear up a common misunderstanding. “Median” does not refer to “average”. They are two different things. Even mainstream media sources sometimes confuse these terms, which makes me cringe and laugh.

Median means the middle. So, someone in the absolute middle of the broad spectrum of musicians would be earning somewhere between $20,000 to $25,000.

This shouldn’t come as a surprise, but when you are only given one figure to work with, it’s easy to forget this fact.

Additionally, this figure clearly doesn’t include “independents” like Chance the Rapper, or these numbers would be seriously skewed.

You would need to earn more than $25,000 to get rid of your day job, but not much more. Assuming you’re starting to get some traction as an artist, getting to the next level shouldn’t prove hard.

Overall, I think I speak for most when I say I hope the median income for musicians increases over time. I can almost guarantee that it’s not going to come from streaming though. 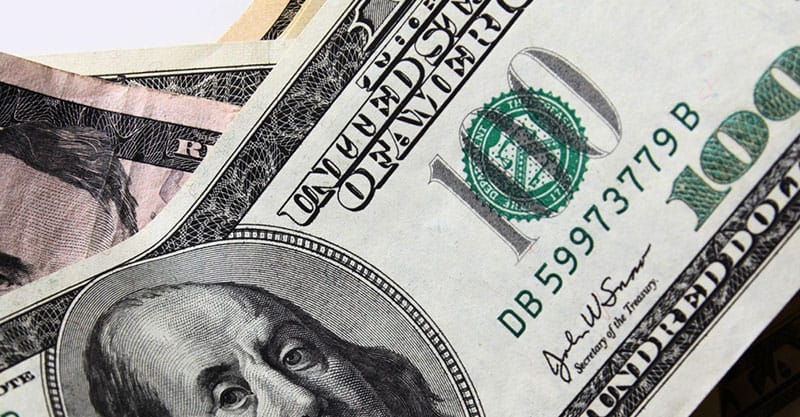 If you’re a U.S. musician looking at this stat, don’t forget that the American dollar is considerably stronger than the Canadian dollar.

As with the first stat, we need to dig into this a little deeper to understand it.

First, even the source seems confused about median and average, something I’ve already explained.

If beginning musicians earn $0, which is a fair assumption, and experienced musicians earn $69,615 (as indicated by this study), then the average would be smack dab in the middle at $34,807.50. Those are slightly different numbers from the median figure they’ve given us.

$40,950 is the median because it reflects where most musicians find themselves, and because the study has $21,060 as an entry level earning wage (more on that in a moment).

Second, they refer to this as “salary” as though being a musician is a paid position at a company. It’s not. Being a musician is basically like being a business owner and your earnings are largely based on how hard you work and the deals you negotiate.

Third, this misunderstanding extends into their explanation of the graph as well. They say an “entry level position” starts at $21,060 per year, and most experienced workers make up to $69,615 per year.

Okay, so there aren’t any “entry level positions” for musicians unless we’re only talking about orchestral musicians. And, I can guarantee you I can find Canadian musicians not making $21,060 per year.

“Most experienced workers” making up to $69,615 per year is another misnomer. There are plenty of musicians who don’t earn more money just because they have more experience.

So, as you can see, we can’t take the stats at face value. We must examine them with a critical mind. And, now you know why.

This stat comes to us via The Guardian (citing UK Music), who also notes that this is below the national average of £29,832.

The Guardian goes onto explain that while there are small number of music creators who do exceptionally well, these numbers do not reflect the financial struggles of many creators. This is probably one of the most balanced things that’s been said on the topic.

“Average” and “median” can be rather discouraging words as applied to earnings, especially for those who aren’t earning anywhere near the average or median.

But there is always a way to earn more than you’re earning now, so don’t give up.

The record industry’s gambit on streaming services is apparently paying off, and we’re hearing reports of executives and signed artists thriving in the current market.

Does this match up with reality? Let’s look at the facts.

It’s important to understand that you are unlikely to find averages and medians for signed artists, so all we can do is look at individual cases. That’s what we’re going to do here.

Ultimately, individual cases don’t paint a holistic picture of how much signed artists are earning, because there’s probably a bigger spread than most people are aware of, but it’s all we have to go on so it’ll have to suffice. 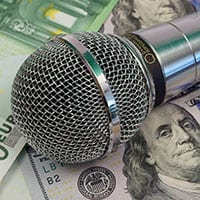 I love how it’s not even “musician” or “artist” anymore. Taylor Swift is a celebrity. That should give you a clue as to how she really makes her money.

The news piece, however, goes onto explain that the bulk of Swift’s income comes from touring ($200+ million).

She also makes millions from her Spotify contract and her real estate portfolio. So, maybe $360 million is a conservative estimate?

She is certainly smart to diversify though, because you never know when your music career might take a dive.

Swift is obviously the exception and not the rule, as there are plenty of one hit wonders and dropped signed artists who never made it this far into their career. Still, it’s nice to know who’s at the top.

Canadian rapper Drake is one of the top earners in hip-hop right now, and between June 2017 and June 2018, he made an estimated $47 million.

The top three hip-hop artists eclipsing Drake were Jay-Z at $76.5 million, Diddy at $64 million and Kendrick Lamar at $54 million.

This is rather interesting to see, however, as usually there is a bigger spread between the top position and second position in any business. Perhaps this is indicative of a radical shakeup in the hip-hop space?

That equates to roughly $20.9 Million USD. This amount is after taxes, as Sheeran forked over $7.3 million CAD to the government (don’t you look forward to when you get to do the same?).

Sheeran is considered one of the biggest artists in music right now, but he might have a way to go before he catches the top earner by the tail.

This might also suggest that his best years are ahead of him, however, and a cool $20 mill is nothing to sneeze at.

The list that follows is reflective of the top-earning musicians from 2010 to 2020, and it doesn’t tell you how much these musicians are earning year to year, or for that matter, who might end up eclipsing the other in the next decade.

Of course, you could divide any number by 12 and get a bit of an idea how much these artists had to make each year to amass their fortunes.

Paul McCartney may be the first shocker on the list. But the man still draws a crowd without The Beatles and has been going strong with his solo efforts.

Elton John might come as another surprise, but John has been on an epic “retirement” run that is slated to continue until December 2021. In addition to Vegas residency dates, he’s still touring stadiums across the world.

Finally, we have Dr. Dre, who hasn’t produced much of anything since 2009 and hasn’t released an album since 2015. Apple’s buyout of Beats goes a long way towards explaining his earnings.

Again, while it’s fun to look at the numbers, the only conclusion we can draw from it is that active touring is the main way the top earners are amassing their large sums of money.

So, Exactly How Much Do Signed Artists Earn Anyway? 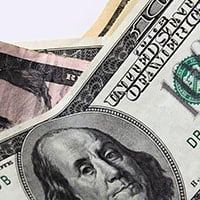 Your guess is about as good as mine.

We’ve looked at the top echelon of the music industry above, but these are basically the “thriving” artists many reports seem to be referencing.

If Ed Sheeran is making roughly $21 million, then how much do any of the hard rock artists signed to Frontiers Records earn? I’m sure Frontiers is doing just fine, but we know hard rock isn’t the most popular genre right now.

What does the least popular signed artist earn (and how long until they are dropped by their label)?

What is the average? What about the median?

Again, we don’t know, because the music industry isn’t that transparent. As much talk as there is about data right now, there are still a lot of missing pieces to the puzzle.

What we do know is that the spread for signed artists is bigger than independent artists, beginning at five-figures and peaking at nine-figures. So, that would probably put the average at somewhere in the seven-figure range.

This is mostly speculative deduction though.

Is It Better To Be Independent Or Signed?

Looking at the above, you would assume the answer would be “signed”, right?

But the truth is that it’s still possible to thrive as an independent, just as much as it’s possible to live miserably as a signed artist having to pay back a massive advance debt.

Staying independent is the right call for some artists. Getting signed is the right move for others. This is highly individual.

What the two have in common is that they both require a fan base. Without a fan base, you can’t support a career. You would have no revenue without fans streaming your music, buying your tickets and merch, coming to concerts and so on.

Making music isn’t all about the money. Many artists get into it because of their love of the art form.

If you would love to keep your passion your passion, then staying independent is the right way to go.

If you have greater ambitions, and don’t mind sustaining busy schedules for months and years at a time, then seeking out a record deal might be more to your liking.

Either way, to earn a good living in music, you will need to keep your schedule in check and ensure you’re living your priorities.

How Much Do Musicians Make? Final Thoughts

A musician’s annual earnings vary wildly, from $0 all the way up to hundreds of millions. Sadly, studies generally aren’t focused on extremes and draw from a smaller sample size.

This isn’t good or bad. It just means that it can be hard to make an accurate comparison between independent and signed artists.

Independents can earn six- to nine-figures, just as much as signed artists can. But this likely wouldn’t happen without the support of the established record industry ecosystem.

At this point in time, most independent artists are clearly earning less, and while I don’t feel this warrants a sweeping statement about being good or bad, it would be nice to see average incomes keeping pace with inflation and culture as a whole.