You are here: Home / Making Money From Music / Where To Find Financial Support And Help For Musicians 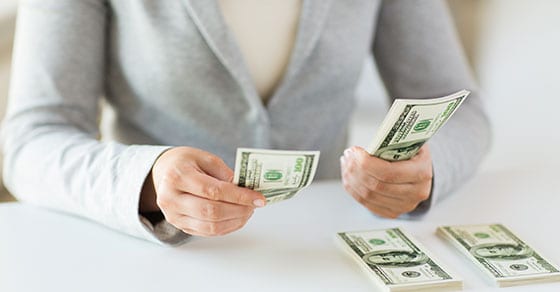 There’s one inescapable truth about music careers – you need money to make them happen.

And though it’s perfectly fine to work a day job or a side gig to piece together the funding you need for your recording projects, tours, merch and other expenses, it’s also good to be aware of other sources of financial support and help for musicians.

Just remember to be realistic about what you’re trying to achieve, and don’t cling to a sense of entitlement.

Trying to get a paid-for six-month vacation on a tropical island to record an EP is a little indulgent, and not likely to be looked upon favorably by those that might be willing to support you financially. You could maybe make that work as a “business expense”, but you’re probably not going to get a grant to do that.

Here are several places you can find financial support and help as a musician.

In Canada, music grants are plentiful and are kind of a big deal. For better or for worse, however, you need to provide very extensive documentation for review to win a grant. You’ll also be up against some hefty competition, and you might not be taken seriously when you submit your first application. You need to have the guts to persevere and keep submitting until you get the funding you want, but it is worth it.

In the US, unfortunately, there aren’t as many opportunities to obtain grants. It’s still worth looking into, especially if there are any entities in your locality that are known to fund the arts, but don’t hold your breath.

Here’s a good starting point for finding grants to apply to: GrantSpace.

Also note: Almost unanimously, grants must be used for the purposes outlined in your proposal. You can’t just redirect some of the funding to frivolous entertainment at your own discretion and expect to get off scot-free. 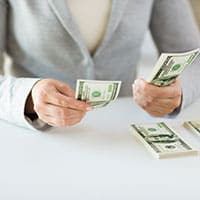 Crowdfunding is a popular and accessible way of obtaining funding for the projects you’re trying to bring to fruition.

This doesn’t mean that it doesn’t take work. I’ve heard a lot of people say that making a crowdfunding campaign a success is like a full-time job.

You also can’t set lofty or unrealistic financial goals and expect to succeed. You need to take an honest look at the tools, resources, and connections available to you and then decide on a number that reflects an honest assessment of your fan base and willing backers.

Also beware: There are a lot of “hidden” expenses with crowdfunding campaigns. For example, delivering on the perks or incentives you set for different levels of contribution. If you need to mail out physical goods, then there will almost certainly be shipping costs, and you need to factor these things into your game plan before you go broke trying to deliver on your promises.

Popular crowdfunding sites include Kickstarter, Indiegogo, and RocketHub. There are also sites like PledgeMusic and Patreon, which are more popular among musicians. Each of these sites work slightly differently, but the basic concept is usually the same.

First, you’ll need to get your campaign page set up. Though you can launch a campaign without a video, it’s usually a good idea to create a compelling and informative video to attract more backers. You’ll also need to set your campaign goal at this stage.

Then you’ll need to create perks for your backers based on how much they donate. This is more important than you might realize, because, if you create incentives that are hard for you to deliver on, you’re going to end up spending a lot of time and money fulfilling orders. It’s best to keep your offers simple, both for the sake of your fans and for you.

Once launched, your campaign will need to be promoted. Campaigns aren’t always successful, but some sites will let you keep whatever money you earn (like Indiegogo), and others, like Kickstarter, won’t.

Build A Partnership With A Brand In The Music Business

There are many brands out there that understand the value of music in promoting their goods. Some brands, like Red Bull, are beginning to spend less on traditional marketing and paid advertising, and are focusing more on creating great quality content (usually videos of extreme sports personalities) that supports the ongoing development of their public persona.

Music often fits into that equation somewhere, and it is possible to get sponsored by willing organizations. But even if you don’t have enough clout to go after the “big boys”, you can start at a grassroots level. Just look at skater culture – even amateur skaters often have sponsors behind them (although they aren’t raking in the cash). What’s holding you back from shopping around in your local market?

Just keep in mind that this will probably mean playing out a lot more, and really honing your public image. I don’t think most musicians would object to that, but you have to make the deal worthwhile for the brands you’re partnering with. You can’t ask for the world and not hold up your end of the bargain, which is to get their brand in front of as many people as you possibly can!

Also note that most brands aren’t going to work with you if you’re already working with a competing brand. Tread lightly when entering long-term contracts.

Find Investors That Are Willing To Support You

“Investor” is maybe a little generous. In most cases, people aren’t going to inject money into your music career believing that someday they’re going to see a huge return on their generosity. They might see something back, but the odds aren’t really in their favor.

But my point is this: You can explore your connections to see if you can find anyone in your extended network that might be willing to take a chance on your music. Maybe they have some extra money they don’t know what to do with. Maybe it’s been on their mind to support the arts. Maybe they like you and trust you enough to give you your next 20 Christmas presents in money.

It may seem unrealistic, but it’s not beyond the scope of reality to think that there are people out there that would be willing to help out an artist or a band in need. If that weren’t true, crowdfunding campaigns were never succeed. If you can’t seem to line up a huge windfall, then maybe try approaching multiple people for smaller amounts of money. Set your sights on getting what you need, not on what you want.

It can be tough asking for money, especially when you can’t guarantee success for your investors, but sometimes it has to be done.

Set Up A Fundraising Event 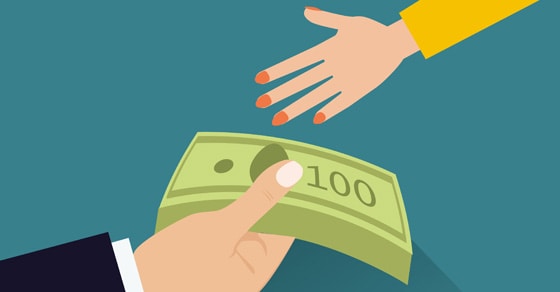 You’re a musician, so if you’ve been performing for any length of time, you’re already an expert at setting up and organizing effective events. This isn’t something you wouldn’t already do for your music career. A fundraising event would be like any other show you’ve organized, except with some extras.

I have a friend that organized a fundraising event for her career several years back, just before going on tour. And no, it wasn’t a show to raise funds for any other cause – it was specifically for her music.

There’s no reason why you can’t do the same, but make sure:

If you’re going to put on a show like this, make it special. Invite a great opening act. Hold it in a nice venue with plenty of parking and good food or drink. Promote it well.

You can go about it any way you want, but make it all about your audience, from the music you play, to the perks you offer your donors. Nothing kills a show faster than not thinking about what your audience wants. 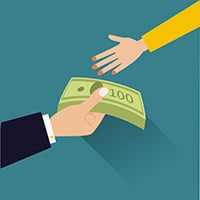 In general, it’s best not to go into debt or lock yourself into a payment plan (with interest) to get the financial help you need. You should not see getting a loan as your best option, but rather as a distant “plan B” or backup plan.

Remy Shand’s parents were said to have taken out a second mortgage to fund his music career. Good thing it paid off, but for most people, this would be financial suicide.

The good news about loans is that you’re probably not going to get one unless your personal finances are in perfect order. If you don’t have a steady annual income, and if you have any outstanding debts (especially large amounts), a bank will never loan you money in the first place.

This doesn’t mean you can’t take out a personal loan with a wealthy family member or friend. Just know that, when money comes between two people, the dynamic of the relationship changes, and usually not in a good way.

Blaze Your Own Trail

Conventional thinking can sometimes tie us down. We tend not to see opportunities because of our close-mindedness.

Money can be earned in a variety of ways if you’re willing to put the work in. Don’t look to “quick-fix” solutions like get-rich-quick schemes, lottery tickets, or “under the table” deals to solve your financial problems. There are more options available to you than you even realize.

Proactive and self-motivated musicians can always find a way. Here are several things you can try to get the funding you need, with the caveat that not all methods will be right for you:

If all else fails, explore more traditional routes like savings and investments, or talk to a qualified financial planner or counselor. Maybe try your hand at business.

Note: I am not saying that these are great options – you better know what you’re doing if you’re going to go into any kind of investment. But you might find some success where others have tried and failed. Everyone has a path to walk, and I can’t objectively say what’s going to work for you. You may have to try many different approaches.

On a general level, get good at saving money and avoid going into debt. Take on extra work. Network with and talk to industry professionals and influencers. They might be able to point you in the direction you need to go.

Just keep at it – if you turn over enough stones, you’ll find some gold, and then it’s just a matter of figuring out how to multiply that gold.