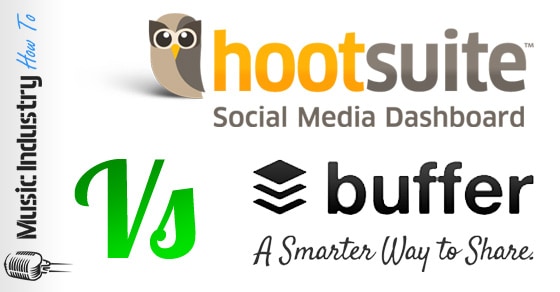 I’ve mentioned previously that I use tools to help me better market myself on social sites. Since then, I’ve had numerous musicians and others in the music industry say they’ve too started using these tools and how much easier it’s made their promotional efforts.

Although I still use Tweet Adder, which is the tool I mentioned in the above guide, I have since added two more great tools to my list. And best of all, they can both be used for free if you like! They are:

Now to the untrained eye, it looks like these are both tools which do pretty much the same kind of thing. They both aim to make your social marketing a lot easier, and after using each of them for a while now, I can say both of them succeed.

But which one should you be using? Well, the answer might surprise you:

You should be using both of them!!

Hootsuite and Buffer should be used in conjunction with each other, rather than one or the other – Tweet This.

So it’s not so much a case of what is better, Buffer vs Hootsuite. Instead, it’s more a case of how you should use each one.

Before we go any further though, let me quickly fill you in on what these free tools are and why you should be using them.

Buffer And Hootsuite; What They Are And Why You Need Them

Both Hootsuite and Buffer are online based social media management tools. So you don’t need to download any software onto your computer to use them, simply login like you would to any other website. The main feature most know these tools for is their ability to schedule social updates in advance, and the ability to manage all your social updates in one place. Both also boast other features such as analytics and ‘team management’ options which allows multiple people to use one account (among other things). For this guide though, I’ll look at how I use each in terms of updating and communicating with my fans.

The thing is, while they both allow you to schedule your social messages, there are areas where each of these tools are lacking. The good news? Using both of them together picks up the slack of each, and allows you to do everything very well!

Below is a look at how I personally use each of these tools. I’m sure some of you will figure out other cool ways to use them as well and end up favoring one tool over the other. So if you do, feel free to let me know in the comments. 🙂

How To Use Hootsuite For Musicians 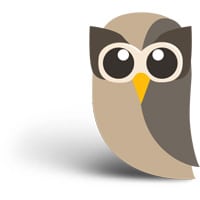 Hootsuite is the original tool I started out using. I found it a while back, and have been a happy user ever since. There are both free and paid versions of this software, but for the majority of the time I’ve used the free one. In fact, I’m using the free account even now, as it does everything I need.

So how do I use Hootsuite? Well while I used to use it to schedule updates to my Facebook and Twitter page, this is no longer the case. I now use Buffer to do that, mainly because it’s easier to add everything to their system. More on that later.

So why do I use Hootsuite at all? Simple, because they do something that Buffer quite simply doesn’t:

They allow you to have a two way conversation with your fans and followers!

The thing is, while Buffer is great for scheduling messages to send out to fans, it doesn’t allow you to see their replies. And if you can’t see their replies, you can’t have a conversation and build up an excited and loyal fanbase.

Hootsuite on the other hand is more of a complete tool. While the scheduling feature isn’t as good as Buffer’s (and Buffer has another edge which I’ll talk about later), Hootsuite is essential for the way it allows you to communicate with people.

First of all, it allow you to see all relevant conversations from all of your social accounts on one dashboard / website page. This means that you don’t have to login to all of your accounts or switch from tab to tab to keep up with the latest on your social sites; you simply login to one site and look at one screen. Furthermore, you can reply to any Twitter mentions and Facebook comments you may have built up on this screen.

As well as having a great and easy to use Dashboard, Hootsuite also has a app which you can use to communicate with fans on the move. What’s more, there is a notification feature for your Twitter related activities. For example, you can get the app to notify you when you have messages or people mention you. This will appear in your toolbar as text messages and missed calls do. This is a feature you can turn on or turn off as you please.

They don’t currently notify you when you get Facebook related interaction, probably due to technical limitations. That said, it’s not too hard to click on your Facebook tab and see the latest.

So that’s how I recommend using Hootsuite; for interaction and notification purposes. They also have advanced analytics which you can pay for along with other features. That said, for most musicians, this won’t be necessary. But it’s good to have the option if you wish.

Now, let’s look at how to use Buffer and why it’s important.


How To Get The Most Out Of Buffer 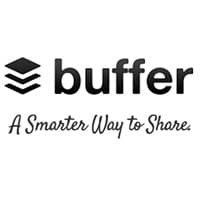 So now onto Buffer, the more recent tool I’ve been using. In fact, at the time of writing this I think I’ve only been using Buffer for about a month. That said, I’m currently loving it!

It’s a lot simpler to use than Hootsuite in terms of scheduling message, and overall it’s much simpler to use. It doesn’t have some of the features Hootsuite provide (e.g. two way interaction with fans), but it still has its uses as you’ll see.

What I like about Buffer is the way you can easy schedule social updates. While in Hootsuite you have to manually input the time and date you want your updates scheduled to, Buffer does things differently. While you can manually add time and dates if you wish, Buffer’s strong point is that it allows you to set a ‘schedule’ by which your messages go out.

How this works is you select times of the day you want a message to go out once at the beginning when you first set your account up. After this is done once, you don’t have to think about manually adding a time to send things out again. You simply write your social update then click ‘buffer’. Your message will then be scheduled for the next available time in your Buffer schedule.

I hope that was clear enough, but if not check out Buffer now and you’ll see how easy it is to get started.

While this auto-scheduling feature may not sound like anything super on paper, in reality it saves a lot of time if you’re scheduling lots of social updates. For me, it’s made things a lot less tedious.

One more good thing about Buffer is that you get basic analytics with your account. While it’s probably not as extensive as Hootsuite’s (I might be wrong as I’ve never used Hootsuite’s due to the prices associated with it), it does give enough information for you to figure out what kind of updates people prefer and when in the day is your audience is most interactive.

There are also other benefits to the paid account such as allowing you to use more social accounts and allowing others to help you manage your account. But if you’ve a non existent budget, than you’ll probably be fine with the free plan.

If you can’t pay for a plan and want to schedule more than 10 updates at a time, you may want to consider using only Hootsuite instead. It will mean you’ll have to manually add in the time and date of each updates which goes out, but at least you’ll be able to schedule as many updates as you please.

As I mentioned, I use both Buffer and Hootsuite for making my social networking a lot more manageable. While you can use one of the other, most musicians will find it beneficial to use both in conjunction with each other.

So, do you have any experience with either or both of these tools? How do you find them? And if not, are you going to give either a try? Let me know in the comments. 🙂