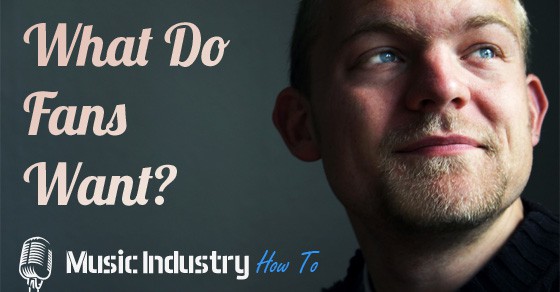 What do fans want from you as a musician… do you know? If not, you should be aiming to find out! While playing the type of music you enjoy is always a good start when determining what kind of musician you're going to be, there's one important thing you need to remember:

If you want success as a musician, you need to give fans what they want! – Tweet This.

If you don't cater to fans, you're just making music for yourself. This is fine if that's the path you want to take.

You'll want to do a combination of all the below at once, so you can truly find out what your fans are after. In fact, all three are largely ongoing processes. After all, the music industry is ever changing, and what fans want changes to. So be sure you're always analyzing, and keeping with the latest.

So, here are three ways to find out what music fans really want.

One thing you can do to find out what people want, is do your own tests. This involves releasing multiple singles with varying styles, and seeing which styles people take to the most.

One important note though, is that you don't want to make each song so different that you can't build up a fanbase along the way. So for example, you don't want to release one rock song, then a rap song straight after. That said, feel free to experiment within a genre or two.

So what factors can you experiment with? Well:

As you release more of your songs, you'll start to get an idea of which type people like the most. How? Well they may make more sales, get more people viewing and sharing them, or you may get more people asking you to release similar songs.

While you won't want to stick to only making one type of song when you find something that works, use this testing stage to help find yourself as a musicians, both for you and the fans. I talk a lot more about the ‘single release strategy' to test the market (and find your target fanbase) in the IMA Music Business Academy. So have a look if you want more info on making this work.

2. See What's Working Well For Others

Testing the market to see what does and doesn't work for you personally is a good idea. That said, chances are you'll want a starting point to test from. Random testing could mean it takes longer for you to find out what people actually want, and likely mean you find out a lot of things that don't work.

So how can you find a starting point? Simple, look at what others are already successfully doing!

You want to look at those acts who are where you want to be. If you look at enough, chances are there's a certain theme you'll come across which consistently does well when mixed with the right personalities.

For example, you might find that songs talking about clubbing are popular at the moment. Or that a lot of the bigger acts in your genre are using a certain type of sound in their backing track.

You'll want to incorporate these proven factors into a couple of your songs, but don't be afraid to try other things which you feel could also work well. What works for one person won't always work for everyone else, so remember to get fan feedback along the way. Which brings me to my next point.

While this might sound obvious, one last way to find out what you fans want is to simple ask them.

Asking people which their favorite songs of yours are can give you a lot of incite to the direction you should be going, so take all opinions on board. Hopefully you have people around you who can give constructive criticism, as people who simply say that you're good all the time won't help you improve.

The only potential issue with this however, is if you haven't already got a fanbase. If this is the case, it's going to be hard to find people who have heard enough of your songs to give you a honest opinion. It's no good talking to random people, playing them a few songs and asking which they prefer. It often takes at least two or three listens before songs start sinking in, so you need feedback from your regular listeners.

While this strategy is best used when you have a reasonable sized and interactive fanbase, if you've only currently got a few fans you should still give it a go.

It's easy to get stuck in one mindset and think what you're currently doing is what works best for you, but unless you test it out, how are you really going to know? Don't settle for doing as well as you are, be adventurous and see if there's anything you can do to further move your music career forward. Fans can help a lot with this, so use their feedback and find out what they really want from you.

Do you know any other ways to find out what fans want? As always, let us know in the comments and let's discuss. 🙂

Have you ever heard of Kevin Kelly’s 1000 true fans theory? If not you can see it here. The theory basically says that if you have 1000 dedicated fans, you can make a living from any type of artistic venture. In your case, music. Now personally, while possible, I think even gaining 1000 dedicated fans…

Today you’re going to learn how to get fans for your music. It used to be that if you wanted to build a fan base for your music, you had to subject yourself to years and years of grinding. Now though, using the tools and technology available to you, you can hack your way to a…

We’ve all seen those adverts for getting more Facebook fans. You can boost your fan page by 1000 follows for anywhere from $20 – $70, all by companies and individuals which claim that these followers will be ‘real’. But should you buy them? Will they help your music carer in any way? No, absolutely not!!…

As you probably already know, getting fans involved in your music career is essential. While it was once possible to appear ‘untouchable’ and not communicate with fans bar seeing them at live shows, this is no longer the case. With the internet making it easier to connect with sociable musicians, if you as an independent… 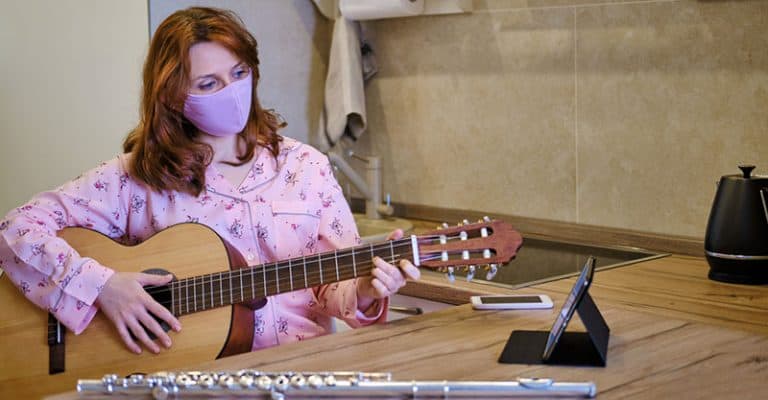 Due to the coronavirus crisis, millions around the world are suddenly out of work, and artists feel the pain of this unexpected loss of income as hard as anyone else. In fact, if you’re a working musician or artist, you’re probably feeling a little stressed. Shows, tours, and festivals have all been postponed or cancelled…