You are here: Home / Music Business / How Starting As A Local Musician For Hire Can Help Gain More Exposure 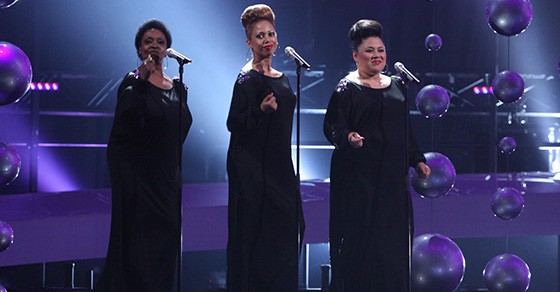 It’s hard not to see the big-picture possibilities as a musician.

We are living in the information age, and that means you have access to a virtually endless supply of resources, not to mention people.

Interested in building a worldwide audience? The opportunity is definitely there.

But before you get too carried away with your big dreams, it may be worth looking at how you can establish yourself as a local musician for hire.

This doesn’t mean giving up on your ambitions. In fact, growing your connections and fan base locally could quickly lead to bigger and better opportunities. But first, you need to grow a loyal and supportive following.

Here’s how starting as a local musician for hire can bring you more exposure.

Important Considerations When Becoming A Local Musician For Hire

Before you begin building your local notoriety, there is one major consideration you need to be thinking about: namely, location.

You might be able to establish yourself pretty quickly in a small town, but that’s not going to mean much if you’re living in Lost Springs, Wyoming, a “city” with a whopping population of four.

Additionally, the opportunities available to you will vary from city to city. You don’t necessarily need to move to a major music hub – and there are reasons why you might not want to do that – but you should take a closer look at the local scene before trying to blaze an impossible trail.

You’ll eventually be able to open up new markets if you are steadfast in working with other known musicians and growing your local fan base, but you should also look at whether or not there are any bigger markets at your doorstep. If the next “big” market is eight hours away by car, you’re not going to have a whole lot of fun when it comes time to expand.

If you want to get recognized as a local artist, your number one goal should be to get connected.

Aside from setting up a basic website and social media presence, forget about trying to build an elaborate online brand. Instead, pound the pavement, meet people, and build partnerships with other artists, radio stations, venues and local businesses.

You can book as many shows as you want, but if there aren’t any butts filling the seats, you’re not going to get a lot of exposure. Performing live should definitely be high on your priority list, but making connections and establishing relationships needs to come first.

Really think about this for a second. People are mostly interested in their own goings-on, and maybe to a smaller degree their friends and family. How are you going to show up on their radar if you aren’t at least on a small-talk basis with them? 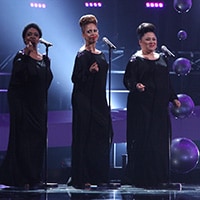 Also, don’t forget to build your email list. I know I said that your online presence isn’t your number one priority right now, but that doesn’t mean that you don’t need to start right away. Honestly, you’re missing the mark if you aren’t doing this, because your most loyal fans are the ones that are going to keep following your career and buying your merch long after you’ve started touring. Don’t do this to the determent of any artist or band you’re performing with, but ultimately you will need a list of your own that you can leverage.

As for building partnerships, you don’t necessarily need to draw up contracts. For example, if you’re always putting up posters for your shows at a specific coffee shop, you should at least introduce yourself to the owner so they see that you’re working hard to make something happen. They might be able to connect you with other industry people, set up and promote a show for you, or just recommend your music and talent to others.

By keeping a finger on the pulse of the local scene, you’ll miss out on fewer festivals and other opportunities to play or make an appearance. This doesn’t mean that you should play all the time – you might burn out your fans a bit. But there are ways of staying in their consciousness without over-playing your hometown.

If you’ve laid the proper foundation, and you’ve worked hard to be known in the local scene, your fans should be coming out to a good chunk of your shows and buying up everything you or the band you’re performing with has to offer. They’re on your side.

But this is no time to stop pumping the pump. You need to keep delighting the fans with great shows and new releases. You should also talk to them to find out where their friends and family members reside and see if you can connect with them. You can also ask them whether or not they can connect you with other industry people.

You should do a few at-a-distance shows (three hours by car or less) to test out the waters, and maybe some of your local fans will follow you around, helping you to build more buzz.

Encourage your fans to spread the word and to share your videos or music on social media. See if they’d be willing to call up radio stations to request your song, regardless of whether or not you’ve submitted your CD to that station.

If you have over 500 loyal fans, try initiating a crowdfunding campaign. This is the right time to do it since you’re likely to be able to meet your financial goals, as long as you don’t overshoot it. You can put these funds towards a new album, marketing, or a tour.

We would all love to build a worldwide fan base. But really think about the amount of marketing you would have to put in to make that happen. Businesses everywhere are spending billions on advertising and marketing, and you can’t compete with that. What you can do is connect with more people, play with more musicians, gain more experience.

A more likely scenario is where you build relationships with other artists, fans, bloggers, podcasters, reviewers, YouTube content creators, show up in a variety of different places, and rise up from the groundswell. You may not be able to compete with others that have bigger budgets, but if you keep showing up everywhere, you will move onto better opportunities.