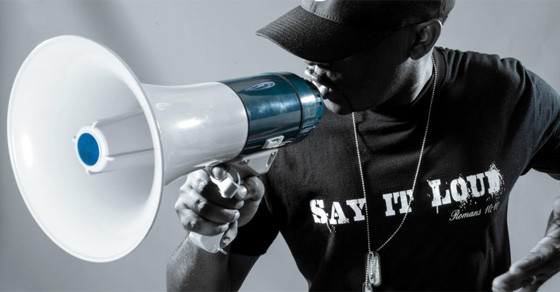 Big commercial radio stations and TV channels have been running contests for years for one simple reason: they work! As humans, we're often very lazy and want something for nothing. The less work we have to do to get a big win the better.

Winning $1000 on the lottery sounds a lot better to most than working a week or two for it full time. While it's well known that working that week or two is a much more reliable way to get an extra grand, there are many who would much rather enter a contest every day for that time period to try and win it instead.

Today I'm going to show you how I saved a LOT of money and gained a LOT of exposure by running contents in my music career . First for my music related podcast, then for my personal music career. Have a read so you know how to do the same.

P.S. this guide is by Ches Christian from the Music Full Time website.

In 2009 I started my podcast. Now instead of just running it in the same way many other podcasters were doing at the time, I decided to look into how traditional ‘on air' radio shows were operated. What they would do to see the best results and the actions they would take to grow their station and shows. The bigger I could build my listener numbers the better.

By the way, starting a music podcast is easy, so you can do this too.

I already had a lot of contacts in the music industry, so finding people to talk to wasn't an issue. One things that came up a few times, was running contests was one of the quickest ways to see fast growth. So of course, I decided to give this a go. If you know my story, you'll know this was a big part of the strategy I used to get 13,000 daily hits to my website.

At the time one of the stations had an iPod as a prize, so I decided to give away the same. I got some adverts created for the competitions (I went with banner ads), which I went on to get displayed on websites relevant to my target audience. 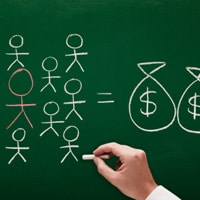 One of the key things I did with the banner ads was I worded them to draw in as many people as possible. Going back to human nature, people will only listen to you if you can benefit them in some way. So on my ads, I had text which said something similar to “Want to win a FREE iPod? Then listen to my show for a chance to win!” Now if I had instead simply put “Click to listen to my show now”, I wouldn't have received anywhere near the amount of listens I ended up getting. People can't instantly see how this will benefit them, so they simply won't go out of their way to do so.

The final result? Well before the contest I had no listener. Within a month of the contest going live, I had hundreds of listeners! With such great results, I thought I'd try and do the same with my personal music career.

Case Study; How I Used Contests To Get Good Exposure For My Album Release

I had an album coming up, so decided to use this contest strategy for getting some promotion with that. Looking into how much it'd cost me to get promotion on some of the bigger websites in my genre, I saw $1500 – $2500 wasn't uncommon numbers to get featured on the home page for a month. To be honest, I wasn't willing to pay that kind of money. While I could afford it, it seemed like a steep investment.

Now the funny thing is, around the time in my life when I didn't have this kind of money to pay, I was more than wiling to get into debt to promote myself and my music. As I start becoming more financially profitable however, I found myself spending less to promote myself than ever before. My wife thinks it's due to me being cheap, but the truth is I know how important it is to increase your profit margins wherever possible. Let the debate continue…

But anyway, back to how I got a high quality $2000 advertising spot for only $300 using contests.

I decided to contact one of the websites which was offering a month long feature on their home page for a whooping $2000. Instead of telling them I'd pay this however, I told them I was willing to give them (again appealing to the harmlessly selfish side of humans) a $300 prize to one of their readers. And guess what; they said yes!

The thing is, they'd look great to their readers at no expense to them! I gave away the money (which I sent to them to send to the winner) and handled all the technical details of the competition. They simply had to post it and I even made that side of things easy for them.

So what kind of contest did I run? In this case I decided to get people involved and ask them which the first of my singles should be. After listening to all three, they had to choose one and retweet their choice to their friends. Within that tweet the website’s hash tag was included. This ended up sending them a lot more traffic than usual, and of course got a lot of additional eyes on my competition.

As this competition and my handsome face was run on their front page for a month, I personally got a lot of exposure. I knew which of my songs people were feeling the most, and I got my music listened to by a lot of new people in my target audience. Usually buying this kind of exposure would costs a lot more money, so using this workaround was a great idea.

Following the success of this content, I decide to run another one down the line with the aim of having my target audience view my new music video. The result was over 50,000 people viewing it within the contest period; that's just over half a cent per view!

Business men and women call this an ethical bribe. I've used this tactics many times in both my music and my other businesses, as it has always worked well.

While this tactic works very well as mentioned above, if you notice your target audience is also hanging out in other places such as a barber shop or tattoo parlor, you could always get them involved too. Tell the shop owner you'll sponsor a $300.00 grand prize. Each person who gets a haircut or tattoo receives a little card with the contest details where they’d have to visit YOUR website and plug in their details for a chance to win. And when you do a live performance, you promote the shop and tell people to go there for a chance to win 300 bucks and get a fresh haircut or tattoo. It's win win for all; they'll get something to help them build up customer loyalty, and you'll get in front of new relevant people for much cheaper than you would normally!

You'll probably have to run these contests for longer than a month to make it worth it, but usually that won't be an issue.

So what do you think of this idea of running contents? Have you run one before? Would you consider doing one in future? Let me know below by leaving a comment. And look out for a contest on this website in the near future. 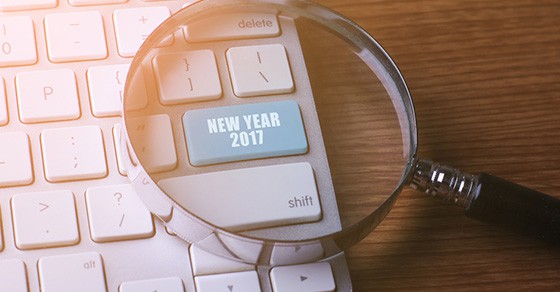 Making predictions is always risky business. Nobody really knows what to expect in a year (or 10), but we all like to guess. I would like to forewarn you that I could be completely wrong with these predictions, but they represent my best guesses. According to MIDiA Research, 2016 was the year of the video….

Guest posting, one of the top online marketing strategies that many musicians still haven’t caught on to. If you make music, you should be guest posting. It’s a free way to get yourself out there among your target audience. Today I’m going to look at what guest posting is, what it involves, why you should…

Hi guys. Today we’re going to look some more at how you can use (non traditional) product placement to get in contract with companies, and getting some of them work with you. Potential rewards include them licensing your music for their promotions, them giving you freebies, them reviewing your music and sharing the review with…