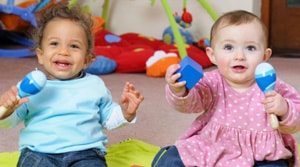 Whether you're a solo act or you're part of a group or band, you should be actively seeking other musicians to collaborate with. This could be in the form of someone lending their vocals to one of your tracks, a producer composing a song for you, or teaming up with another artist and doing a live show together.

While most musicians seek out the odd collaboration here or there, this should actually be a core part of your campaign to push your music further. In this guide I'll look at why this is, and what you can expect when you get a good number of collaborations under your belt.

P.S. I've now also written a guide showing who should pay when you collaborate with other musicians.

The Benefits Of Collaborating With Other Musicians

While there are a few reasons why collaborating with others could be good for you, here are three of the main ones:

1. You Get In Front Of Their Fan Base

A good thing about collaborating with other musicians is they each have their own fanbase. Whether its bigger or smaller than yours at this current stage, chances are they'll be able to reach some people who you haven't. And if you're similar enough that you want to collaborate with them, there's a decent chance they'd become fans of you if they heard you too.

Of course this is overly simplified. Sometimes you'll collaborate with new acts with no fanbase, and other times you won't be all that similar to the person you team up with. As a general rule though, if you collaborate with similar acts making the same genre of music, you'll get a percentage of their fanbase starting to pay attention to you too.

To give the best chance of this happening, before you start collaborating with an act, let them know that the completed song or event should be fully promoted by you both. What you're basically saying here is “promote it to your fans so I can get in front of them, and I'll promote you to my fans”. Some of your audience will also start paying attention to them, giving them more motivation to collaborate with and push you again in future.

You never know who's going to ‘blow' or become ‘famous' first in the music industry. You could be on track to looking like the next big thing, then suddenly someone else in your genre gets signed or releases a big song which becomes an anthem. So it's good to find musicians to collaborate with if they're talented, even if they're not well known.

Of course you'll want this next big thing to be you. Chances are though, that other people will get in the spotlight before you get your chance to hit the mainstream or gain the recognition you desire.

This is another reason collaborating with a lot of acts can be useful. Let's say you're starting to build a bigger reputation than most of the other local acts in your genre. You stay open to working with those talented people around you, and you help them where you can. You give them advice, and you become someone who's well respected who they hopefully also want to help out in return.

Now let's say one of these acts you've been working with gets their lucky break before you, and is shot into the public spotlight. They now have more influence and more opportunities coming their way. As you've been working with them and helping them out when you had the chance, if you've built a good relationship with them, hopefully they'll want to now help you where they can.

Sometimes this will work out well, other time the act will turn their back on you and focus on themselves. Hopefully the first is the case, but if not at least you will have recorded a song or two with them which you can use to get exposure for yourself.

By collaborating with a lot of talented acts you'll increase the chances this happens.

3. The Reputation It Can Give You

A final benefit is the reputation collaborating with multiple acts can give you. If other musicians hear you're working with a lot of talented acts and are gaining traction, they will start to seek you out for joint projects. It won't be you always chasing people up, people will start to chase you up.

And not only will this be local acts or people with less exposure than you, bigger acts looking for someone who is gaining popularity outside of the mainstream may also approach you. Mainstream acts like to do this as it gives them credibility, and helps them stay relevant to a street level audience outside of the charts.

The more buzz you can build for yourself the better, and collaborating with other will definitely help give you buzz.

So do you actively seek collaborations? If so, how have they gone for you so far? If not, are you going to start now? Let me know.

I'll be looking at more aspects of collaborating in future, so if this is a topic that interests you and you want more information on, leave a comment below letting me know. The more I get, the sooner I'll carry on this series!

Networking is an important part of the music business. Even independent musicians can’t do everything alone; others are needed to help you reach your goals. That said, networking for the sake of it isn’t a good idea. Your networking efforts should be targeted towards those who can help you in some way. I see time…

Sending emails can seem like half your job when you’re a musician. But when you take a step back to think about what it must be like to be on the receiving end of such emails, you soon realize emails can take up a ton of valuable head space, time, and storage on one’s email…