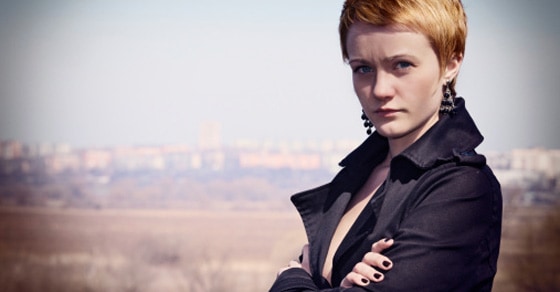 Networking is an important part of the music business. Even independent musicians can't do everything alone; others are needed to help you reach your goals.

That said, networking for the sake of it isn't a good idea. Your networking efforts should be targeted towards those who can help you in some way.

I see time and time again musicians trying to make connections with the wrong type of people. This takes away time from networking with the right people, meaning your music career moves forward a lot slower than it would have otherwise.

Today we're going to look at some of the people you shouldn't be networking with so you've more time to focus on mutually beneficial relationships.

Note: This guide is aimed mainly at musicians, although it can apply to people with other jobs in the music industry.

Please also note that the below are general rules. Of course you might be that one in a hundred person who networks with the wrong kind of person and they somehow manage to get you a really good opportunity, but most of the time this doesn't work. It's also important to mention that when I say “don't network with them” or “ignore them”, I'm talking about from a business view point. There's nothing wrong with talking to them socially and even about the music business, but don't expect them to be able to help you on a professional level.

If you want to spend your time more efficiently and go after those who are more likely to be able to help you, then avoid the following:

Djs Who Don't Play Your Type Of Music

There's no doubt it's worth knowing Djs. They can help get your track out there, whether it's at events they play, on radio (mainly non mainstream, mainstream radio usually works off playlists) or even via word of mouth. Every time you release a new single or album, you should contact Djs who play your kind of music.

That said, just because someone's a DJ, it doesn't mean you should try and give them your tracks. While it will sound obvious to some, if a DJ doesn't naturally play your kind of music, don't professionally network with them.

If you give a hip hop DJ your CD full of classical music for example, you've just wasted time and money. It cost you money to put that CD together, and it cost you time trying to convince that DJ to take it. They may take it out of politeness, but nothing's going to come out of that relationship.

While sound engineers are important when it comes to helping you sound great at gigs, they're close to useless for helping your music career beyond that. Networking with and swapping details with a sound engineer is like using a screwdriver to shovel dirt; it's a different tool for a different job. 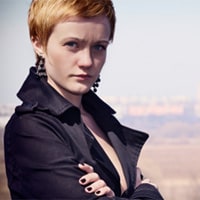 The same applies to other similar people in the music industry: lawyers, lighting people and the like. Just because they work in the music industry, it doesn't mean they can help promote you; they're not promoters. They're great at what they do, but you shouldn't spend time professionally networking with them.

Ok, so some people might disagree with this point, but you shouldn't invest too much time into networking with untalented musicians. I'll tell you why.

If you're talented already or are working towards improving your talent, there generally isn't much these people can do for you. They won't be getting shows, they won't be getting coverage. And if they do, it's probably only because they know someone, or it's for an event or platform that won't help you much anyway. It won't go much further than that.

Now, you might've noticed I said you shouldn't invest too much time into networking with these people. In all honesty, these acts do still have their uses. You never know who's going to get super talented over the space of a few months and start building up a decent fanbase. Or who will improve and start getting a lot of coverage. It's because of this that it's still good to talk to and get to know musicians in your genre. Even if they can't help you out today, they may be able to help in future.

This isn't too sound selfish, but networking is all about who can help you out. You will of course need to benefit them in some way too otherwise they won't have the incentive to do you favours.

With this last group it's more a case of not initially investing too much time until you can get something bigger out of the relationship. By all means talk to them in a social manner and even about music, but in terms of them being able to help you move forward, they currently won't be able to do that.

This group is pretty similar to the irrelevant DJ example above. While getting to know the event organizers and promoters can help you a lot, attempting to network with those who don't cater to your genre of music is a big waste of time.

If someone owns a night playing hard rock music, what do you think the chances are they'll hire you to play their event if you're a country singer? Close to 0% right? After all, if you went to an event expecting to see hard rock music and there was country music, chances are you wouldn't go back to that event again. This will in turn lead to an unpopular event and the organizer not making any money.

They key take away is don't network with those who don't cater to your kind of audience, whether it's an event organizer, a DJ or other. Doing so will only waste all of your time and probably get the people you're approaching annoyed that you haven't researched them properly.

If you're ready to network and want to use these links to progress your music career, remember that you need to avoid certain types of links. It'll be a waste of time you putting all your effort into networking with them, so save that time for those who you can work with to achieve your goals.

So, are there any other types of people in the music industry it'd be a waste of your time networking with? Let us know.