Want to know what indie folk music is, what it sounds like and how it came about? Well, today we’ll be sharing just that and giving plenty of examples!

Indie folk is a genre of music independently created without the assistance of a record label. It falls into the broader category of folk music, which is primarily characterized by storytelling. For nearly fifty years, independent artists have been experimenting with folk music as a vehicle expressing musical creativity.

Definition: What Is Indie Folk Music?

Independent music has a distinct attitude and aesthetic. Indie folk music focuses on creating music simply for the love of music production rather than satisfying a record label or mass appeal. While nearly every indie-folk musician begins independently, some musicians decide to work with recording companies to enhance the sound quality or provide easier access to content for fans.

Common themes exist between artists and songs in the indie folk music scene, including wanderlust, romanticizing relationships, and melancholy worldviews. In both the United States and Europe, the music genre generated talented musicians and built large fan followings.

The characteristics of indie folk music include a straightforward melody and uncomplicated instrumentation. The sway of folk and country music permeates indie folk music. The musical composition highlights a four instrument combination of lead guitar, rhythm guitar, bass guitar, and drums with harmonized vocals. Some other characteristics include:

Various artists and musicians create songs within the indie folk music genre. Indie folk music can be produced by both individual artists and bands. When bands collaborate to create indie folk music, the harmonizing melodies are most recognizable, and the rhythm guitars are a key element in the songs. Below is a list of a few indie folk favorites to initiate your listening journey.

The Lumineers have multiple albums in the indie-folk music style. The group often sings about lost loves and the intricacies of young love. “Ophelia” is a song that personifies the idea of falling in love with a celebrity.

“Little Talks” – Of Monsters And Men

Of Monsters and Men had a moment of popularity around 2012 but have continued to make music in the indie-folk style in the following years. “Little Talks” is a song about two lovers who are growing apart but yearning for one another.

Xavier Rudd is an Australian singer and songwriter. His songs incorporate themes like humanity and environmentalism. Rudd has both live and studio albums for fans to enjoy. “Follow the Sun” is an uplifting song about the ability to recommit your life to your passions and restart.

Andrew John Hozier-Byrne, known singularly as Hozier, is an Irish musician and songwriter. His music largely pulls from folk and blues and often incorporates religious and literary themes. “Work Song” has a strong bass rhythm and ethereal sound. Hozier has achieved global success with his first album, which included not only “Work Song” but also “Take Me to Church.”

Bon Iver was founded in 2006 by singer and songwriter Justin Vernon. In 2012, Bon Iver won the Grammy for Best New Artist, and in the years since, the group has been nominated for various other awards. The song “Skinny Love” is about attempting to preserve a once-loving relationship that is coming to an end.

The Shins' song “New Slang” appeared in the movie Garden State and the movie's soundtrack won a Grammy. The movie Garden State is a cult favorite among those who enjoy both independent movies and films. James Mercer, the songwriter, says that “New Slang” is about a moment in everyone’s life where childhood rears its head and merges with adulthood in a way that is monumental.

A key piece of the topics that are most often included in indie-folk music is a feeling of wanderlust or romanticized details about the grand adventures in local lands. Like Sedona, Arizona, had its moment of popularity when making Hollywood Western movies, the song “Sedona” calls up bittersweet memories about once having been useful.

Sons Of The East's song “Into The Sun” highlights the feeling of being alone with your partner even in public and crowded spaces. The heightened emotions of young love are often topics in indie-folk songs.

“Oats In The Water” – Ben Howard

Ben Howard is one of the best indie-folk musicians in the industry, and he wrote “Oats in the Water.” The song, “Oats in the Water,” was played in one episode of The Walking Dead. This triack is subdued and is focused on introspection after facing life-altering events.

While the field of indie folk music is expansive and includes many voices, the artists listed below are creating some of the most impactful indie folk music available. Indie folk musicians are powerful storytellers that can combine songwriting skills with an ability to bring the story and the sound to life.

From Sam Beam to Ben Howard and beyond, indie folk musicians remain a prominent part of the global music scene.

Sam Beam is a folk singer and songwriter. When he performs and records music, he uses the name Iron & Wine, which he discovered in a grocery store on a label for a dietary supplement called “Beef Iron & Wine.” Beam lives near Austin, Texas, which is currently a mecca for creative, independent musicians. Iron & Wine has six studio albums and various singles. Additionally, a live album was released of Sam Beam's 2005 Bonnaroo performance.

Bon Iver was originated by Justin Vernon. Over the years, Bon Iver has included other musicians like Sean Carey, Mike Noyce, and Matt McCaughan. Vernon, along with his talented friends, has won many Grammy Awards for their distinct sound and vast contributions to folk music. The band's name is a derivation of a French phrase that means “good winter.” Since Bon Iver's first recording in 2007, the indie-folk collective has experienced lots of success.

Sufjan Stevens is an American musician and songwriter from Petoskey, Michigan. Stevens crafts lyrically driven and instrumentally dense songs circulating around religious faith and family. Notably, Stevens announced plans to make an album for each of the fifty states in the United States, beginning the series with the albums Michigan in 2003 and Illinois 2005. However, he has moved away from the plan in the years since.

Damien Rice is an Irish singer and songwriter born in Dublin, Ireland. In 1999, Rice moved to Tuscany, then backpacked around Europe for a year. When he returned to Dublin, Rice started playing and recording music. Rice has a reputation as an electric live performer, and he has sold out venues in both Europe and the United States. Damien Rice often writes and performs songs about love and lost affection.

Ben Howard is a singer and songwriter who was born in London. Howard's parents played songs from various musicians for him as a child, such as music from Bob Dylan, Nina Simone, and John Martyn. Howard studied journalism for a brief time, but when he turned 21, he officially started his career as a full-time musician. Howard released his first record in 2011 and earned a Mercury Music Prize nomination.

The History Of Indie Folk Music

The independent movement for creatives hit the new wave scene in the 1970s, which is where many historians claim the origins of indie folk music lie. Throughout the 1980s, independent recording became increasingly popular due to the availability of recording equipment for musicians.

In the more contemporary definition and culture, people believe that the indie-folk music genre in the United States started in the 1990s among rock musicians who were influenced by folk music. The initial versions of indie-folk combined acoustic guitar melodies of traditional folk music with contemporary instrumentation more akin to rock music.

About a decade later, in the United Kingdom, musicians like Ben Howard and Mumford & Sons appeared on the scene and popularized indie folk music. The 2010s were a high point for indie-folk artists, and album sales and streaming purchases for indie-folk songs were at their all-time high.

Indie folk music will remain popular because of its unique ability to interestingly share stories filled with human emotion.

Various artists and bands made independent folk music, and while its popularity might have peaked in the mid-2010s, most of the creatives continue to write and produce high-quality music that influences not only other musicians but also indie folk music listeners. 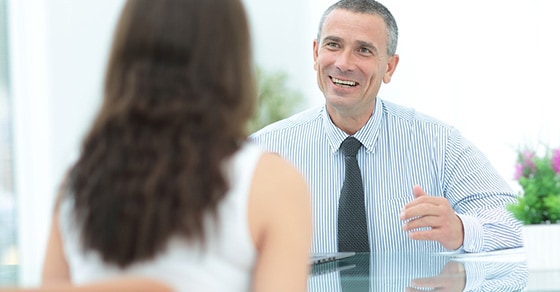 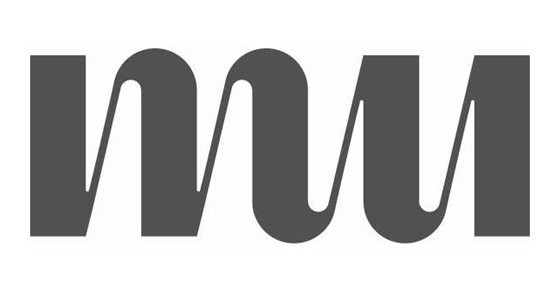 People usually associate unions with factory workers, trades, or a large group of employees, but not usually with musicians. Musicians are typically freelancers, and by nature of the job, you wouldn’t expect them to have a union. But guess what, we do! Nearly every country has a musician’s union. In the UK, it’s called the… 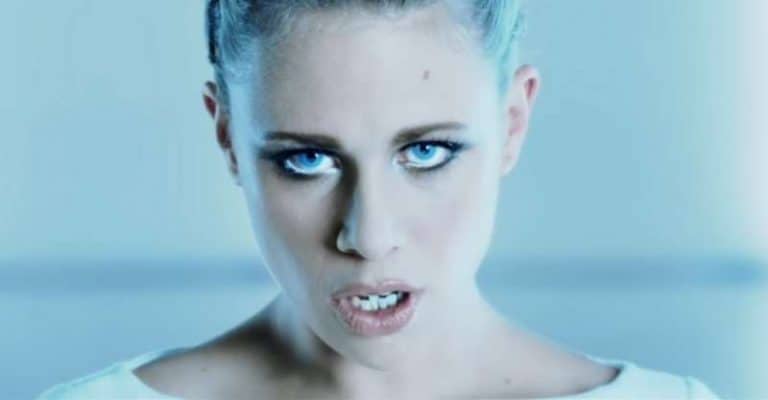 Dubstep is younger than pop, rock, blues, and rap, and its two-decade run has produced some of the most rave-worthy hits that still have clubs, festivals, and solo listeners feeling the beat. But this genre-defining style of music isn’t a typical EDM subgenre. It has many layers and variants to it, making it difficult to… 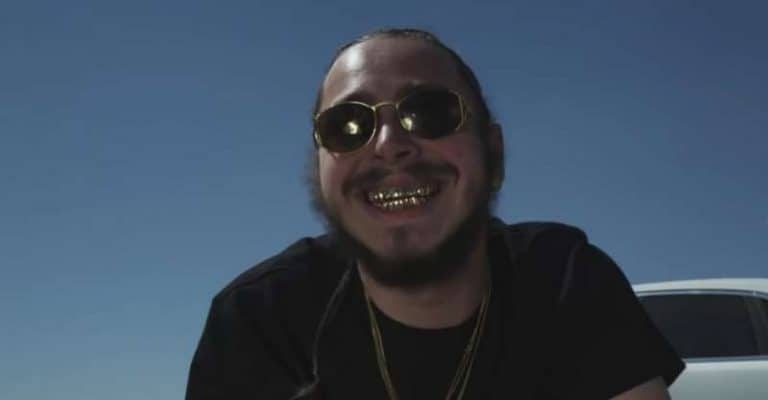 You have probably come across trap artists while turning the dial on your radio or scrolling through your Spotify feed, whether or not you’re a music guru. You might not know what the definition of trap music is, but you probably won’t go mistaking it for twangy country hits or old-school hip-hop artists like Notorious… 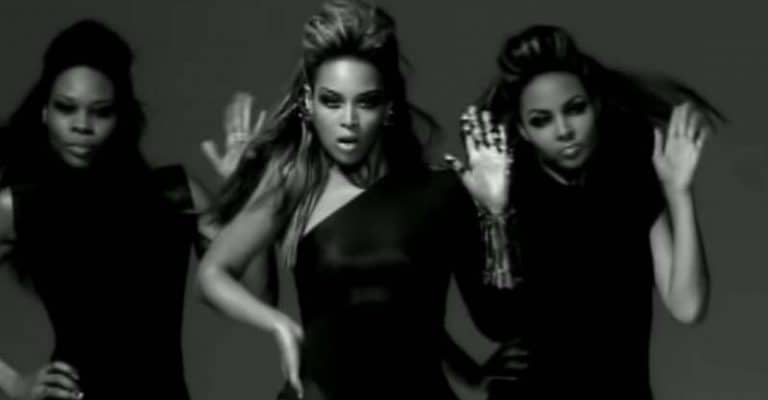 What is pop music? There are many definitions of what pop music is, depending on who you ask. You are likely familiar with some of the most famous examples of pop music. With so many musicians working to produce hits, there are thousands upon thousands of songs that qualify for the title. Critics and listeners…

Question: Should I quit my job to pursue my dream music career? In this article we will look at reasons for and against quitting your day job to pursue music. At the end, I will give you my personal thoughts on the matter, and a solution that could give you the best of both worlds….