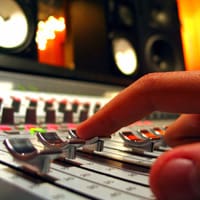 Hey guys, today I'm going to look at whether you should use a home recording studio or a professional studio when it comes to recording your songs. ‘Recording songs' can come in many different forms though, so specifically I'll be looking at which you should use in each of these situations:

Each of these will need a different type of studio to not only get the best results, but to get the best value for money. It's important you get a good balance with this; While it's vital you get a good quality product for any material you release, you don't want to spend a load on studio costs if it's not going to really benefit your career.

With that in mind, below I look at what's best for each of the mentioned situations. So home studio vs professional studios, let's get into the battle!

Note: When I refer to a home studio, I'm talking about a studio that's not at the technical level of a professional studio. If it's not at this level, regardless of where it is (At your house, at a friends house, in a studio etc), this is what I'm referring to. Similarly, if you've got a top of the range home recording studio which matches the output of a top studio, than in this guide I'm referring to that as a pro studio. It's more about the quality of recording you get rather than the location.

Note 2, we've now another guide with even more details comparing pro and home studios, so be sure to check that out after.

1. Use A Professional Recording Studio To Record Vocals On Songs You'll Release

When it comes to recording vocals for a song you're going to release, it's absolutely essential you pay to use a professional studio. The reason for this is simple: Using a pro studio, the final product you make will be of a much higher quality than it would be if you were to use a home studio.

When you're putting out material, it should always be of the best quality it can be. Give them the best first impression possible! Every song you release to the public will tell them what level you're at, and either get people on board, give them no reaction, or turn them off ever listening to you again. You obviously want them to do the first.

Every song released will either get people on board, give no reaction, or turn them off ever listening to you again – Tweet This. 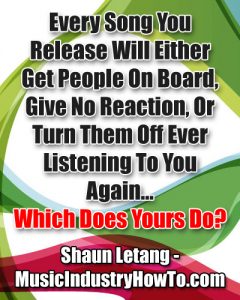 It's easy to think “I'm not at the level of the top people in my genre yet, so it doesn't matter if my recording isn't as good as theirs”. What you should be thinking instead however, is either:

If you're going to put out material, it's got to be of a good quality or it's not worth it. Record a song with gritty sounding vocals and you're shooting yourself in the foot. It's distracting for the listener, and you'll turn people off who may have otherwise turned into fans if you presented them with a good quality product. So always use a professional studio for recording vocals you want to release, and give people the best first impression you can.

2. Use A Home Recording Studio To Practice Your Vocals 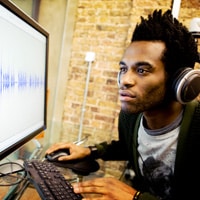 Even if your home recording studio doesn't match the spec of a professional studio, it can still come in handy for recording vocals. One such situation is when you're practicing your song before you take it to a professional studio. When recording a song, often you need to go through it a few times before you get it sounding just right. That said, practicing at home without recording how it sounds often doesn't give you a clear view of which bits are sounding good and which bits aren't.

On the flip side, if you practice in a paid studio and keep listening back to your vocals, this will take a lot more time, and in turn more money.

If you've a decent home recording studio however (e.g. one which has your own vocal booth and at least at this level), this is the ideal situation. It doesn't have to be perfect, but you can still use it to do a demo recording of your song. During this stage, you can see exactly how you're going to record your finished song, and get a good idea of how the finished product will turn out.

By the time it comes to recording the full thing in a pro studio, not only will you know exactly how to record the song, but you'll also have the song firmly practiced in your head. This'll mean there is less chance of you making mistakes, and one again mean less time and money invested into someone else's recording booth.

If you haven't got a home studio, no worries. Just be sure to fully practice your song before hand, so you're not reading off a bit of paper in the studio. Once you learn the song enough and it becomes second nature, this will allow you to focus on adding emotion to the song and naturally finding the highs and lows you should be adding.

So now you know which type of studio you should be using when it comes to recording vocals, below let's look at whether you should use a home studio or professional studio for making beats and recording instrumentals.

3. Why You Should Use A Home Studio To Make Beats 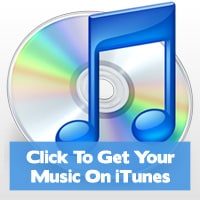 So while I recommend using a professional studio to record your vocals, I don't think the same applies to producers making beats. The thing is, especially when you're new to beat making, it can take a while to put beats together (And that's after the countless hours you'll spend learning to do everything). If you hire a professional studio to do this, you're going to spend a LOT of money, and not necessarily make a good beat you're happy with by the end of it.

These days, you can get a load of good quality beat making software, which you can use to either practice your beat making on, or to make beats which will be unusable for artists to record on. It's because of this, that setting up this software on your computer and learning how to use it is often the best option for beginner and intermediate producers.

If it comes to the stage where you'll be releasing a song into the charts or using it for a film / advert, then you may want to consider taking that individual song and mixing it down professionally in a professional studio. That said, the core of the beat can still be made at home if you're using good software. From there, you can always bring it to the studio to mix down and boost if you want your beat to sound the best it possibly can.

4. Use A Professional Studio To Record Instrumentals

If you're a band and need to record your instruments, your best bet is to use a professional recording studio. This is because, like when recording vocals, you'll get a much better sound then you would if you were to use a home studio.

While it is possible to record each instrument at home and put it together in the same way beat makers do, this is often a very lengthy process and quite simply not worth the effort over hiring a studio and getting it recorded properly. Besides, when instruments are recorded live they often sound better then when a producer puts them together (With regards to a live band). Producers are good for adding finishing touches and neatening stray sounds up though.

So, how do you record your vocals, beats and instrumentals? I'd love to hear your thoughts and questions in the comments section below.

This is a guest post by the charming Kevin over at The Sound Coach. Taken from his video looking at what phase is, and how to fix phase related issues. Enjoy. 🙂 Hi guys and welcome to Start To Mix episode number Four, this is Kevin at thesoundcoach.com here to talk to you today about… 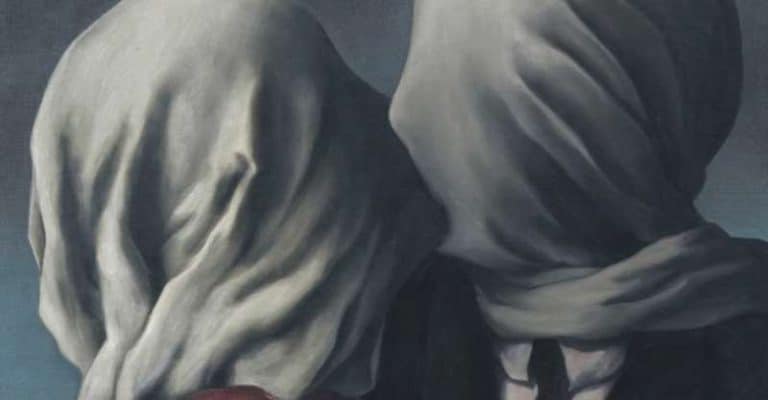 If you’ve been thinking of expanding your musical horizons, you might want to try listening to experimental music. This genre has elements of almost every other genre, making it one of the most diverse genres. As such, no matter what kind of music you gravitate toward, you can find experimental tracks that suit your tastes!… 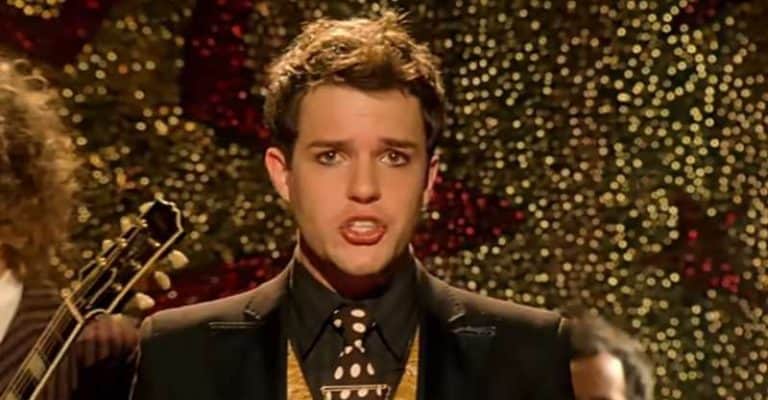 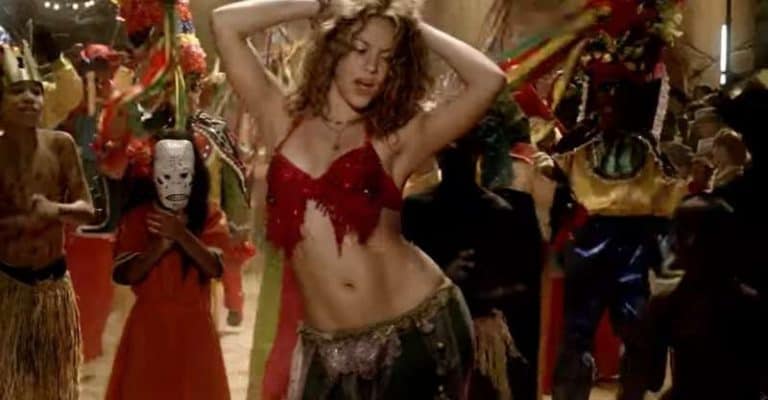 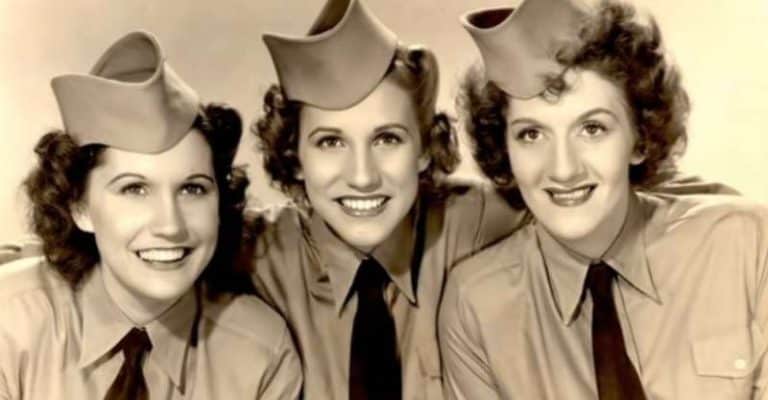 When you hear ‘swing’, your head may conjure images of hip-twisting, fast footwork, and a frantic push and pull dance. But what is swing music exactly? In this guide, we’ll give you a definition of swing music, examples of it and its most notable musicians, and take a look at the history of swing music.

Please Note: While this guide is called How To Mix Rap Beats, it may also be useful if you produce R&B, hip hop, rock, or any other type of music. If you like this article, please share it using the above social links. If you are new to producing music, you may not yet know…