Trap music originated in Southern USA and became one of the most popular sounds of recent years. Unless you’ve been living under a rock, you’re bound to have come across some trap bangers.

But which is the best? Here are the best trap songs of all time, including hits that introduced the world to the genre.

“The Drop” by Bro Safari

It's hard to compile the best trap songs of all time without featuring Bro Safari, the producer and hitmaker who rocked the airwaves with his track “The Drop.” This popular song dropped in the golden era of trap music, becoming an instant hit among trap heads.

“The Drop” boasts a highly catchy beat that evokes your dance moves. This energetic tune will have everyone dashing to the dancefloor to enjoy the perfectly timed drop and simple sing-along lyrics.

“Harlem Shake” was more than just an internet sensation. It was among the biggest early trap tunes, propelling Baauer to his great status. This breakout track by Baauer is what brought trap music to the map.

So, regardless of if you know this tune through the viral meme or not, it's difficult to argue that this high-energy hit doesn't deserve a spot in the all-time greatest trap songs.

Trap music had started debuting in festival playlists when D.J. Snake's eccentric “Bird Machine” hit blew the airwaves. Like its title suggests, the song features bird chirps, infusing creativity and humor into the genre that hadn't been heard before.

Also, the song's unique sound has been combined with various components of EDM, creating a distinctive and catchy tune.

There aren't many more pivotal moments in trap culture as universally recognizable as when Migos released “Versace.” The trio revolutionized the trajectory of trap music with their hypnotic style backed by Zaytoven's woozy soundscape.

This track is renowned for popularizing the triplet flow in rap, a style that has become dominant among modern rappers.

“Rockstar” is among the tracks that cemented Post Malone as one of trap music's most lucrative names in the 2010s.

The euphoric turn-up anthem features highly melodic lyrics with a catchy, sedating hook over a dazzling trap production. A guest verse from 21 Savage, imitating Malone's sing-song flow, completes the banger with lyrics that give listeners a vivid painting of the duet's lavish lifestyles.

This list would be incomplete without another gem of a tune by D.J. Snake, “Turn Down For What.” This platinum-selling track is arguably one of trap music's most major milestones of the 2010s.

Never before had trap music infiltrated the mainstream scene like D.J. Snake's debut tune, forecasting his spectacular future. Despite being a trap tune, the song has pop elements that make it a significant party anthem.

Gucci Mane is an indispensable trap music giant who made a name for himself in the music scene in the mid-2000s. Fans recognized his enormous contributions early on, but it was not until he dropped “Lemonade” that he became a mainstream sensation.

In this track, Gucci momentarily ditched his signature hood stories for something catchy with infectious beats that would later dominate trap culture's sound.

“Trap Queen” is more than just a trap love anthem. The explosive track represents everything good about the modern trap age, with highly melodic singing, sing-along rap, and dynamic sound.

“Hard in Da Paint” is another genre-defining hit featuring imposing snares and imminent speedball hi-hats soaked in a crunk vibe.

You can't have the best trap music playlist without including “Purple Lamborghini.” This energetic hit song will leave you pumped at the gym, party scene, or chilling alone.

Rick Ross' lyrical prowess blends seamlessly with Skrillex's rap/trap hybrid sounds, making it one of the best tunes in trap culture. You can't help but jump out of your seat to jam whenever this song plays.

What So Not's dreamy production concept collides with RL Grime's raw trap sound to produce “Tell Me,” instantly becoming one of the culture's most hard-hitting anthems.

The song begins with a beautiful synth sequence that grows slowly and lightly, utilizing What So Not's classic signature sound to lead you to the sing-along hook.

“DNA” is undoubtedly one of the most renowned trap bangers. In this track, Kendrick Lamar exhibits his rapping skills, switching flows with the changing beat by Mike Will Made It.

The song boasts a total production that blends bold bass drums with rattling hi-hats and background instrumentals to create danceable percussion. Unlike some other songs in our compilation, DNA's lyrics have a deeper meaning – a self-reflection as a black man.

Desiigner's breakthrough single, “Panda,” is a catchy track that quickly crashed into the limelight for its catchy hook and repetitive lyrics.

The chart-topper track likens BMW X6 to an endangered animal and features mumble rap, leaving you guessing what the rapper is saying. The track song blends subtly auto-tuned raps with energetic beats to create a trap masterpiece.

Bryson Tiller made a name as a pioneer of the trap soul genre, which combines trap beats and soul music's flowing melodies.

In his hit song “Exchange,” Tiller gets personal about a previous heartbreak in a hybrid singing and rapping style over a K.P. & Envyi sample in the background. The song layers caption-worthy lyrics on twitchy hi-hats, making it a fan favorite globally.

The tune is a clever blend of everything Travis is known for – trap bars, exaggerated ad-libs, beautiful vocals, and an immersive beat by WondaGurl. In the track, the rapper talks about smoking marijuana and popping pills.

When three of trap music's biggest names come together in a track, magic happens. G-Eazy links with A$AP Rocky and Cardi B in this energetic banger, featuring a bouncy beat and solid bars from each rapper.

The track is more of a classic rap tune, with Cardi and G-Eazy killing the verses while A$AP controls the hook. However, Cardi steals the show with her trademark short, catchy punchline bars, flexing throughout her verse.

“Mask Off” by Future

Future linked with Metro Boomin to deliver this monstrous track that topped global charts in the 2010s. “Mask Off” is one of the most successful songs by Future, featuring a masterful production with the signature southern reap drums and a hypnotic flute sample from Tommy.

The rapper talks about his drug addiction in the song, mentioning Molly and Percocet throughout the track.

Meek Mill is famous for his raw energy and rowdy vocals, and he retains his trademark style in “Lord Knows” featuring Tory Lanez. The two artists blend perfectly to deliver this banger, with Meek showcasing his lyrical prowess and impressive flows.

Tory Lanez doesn't disappoint in his catchy hook that establishes the hedonistic theme. The song features a clever Mozart “Lacrimosa” sample, infusing tactfully into the heavy bass and drums beat.

“Look at Me Now” by Chris Brown ft. Lil Wayne and Busta Rhymes

“Look at Me Now” is arguably the greatest of Chris Brown's R&B/trap songs. The song features three of the biggest names in modern music showbiz, combining smoothly to deliver this art piece.

This song starts with Chris Brown delivering clumsy rap before Busta and Weezy show him how it is done on a skeletal south-style production. The two rappers combine lyrical skills in their verses to complete Chris Brown's catchy hook.

“Xo Tour Llif3” is Lil Uzi's breakthrough hit that introduced him to the booming trap culture mainstream. Uzi raps about wanting to die, like many iconic rappers before him, but he spruces it with a shoulder-shimming beat.

The song's production features a classic drum pattern, complemented by Uzi's sing-rap style. With each melancholic melody, the rapper evokes the profoundly uncomfortable sentiments of living in the face of late capitalism's absurdity.

The bouncy “Bad & Boujee” evolved from being the meme-worthy “raindrop, drop top” viral success to earning a global reputation and accolades among trap heads.

In this juxtaposition-filled hit song, the trappers deliver some of the most popular lyrics in the culture alongside a sing-along hook and trademark ad-libs. The Lil Uzi Vert feature is the crème dela crème, adding a unique flare to Young Metro's catch beat.

Travis Scott's versatility comes to life in “Upper Echelon,” experimenting with other greats to deliver this trap banger. The swaying synthesizers quickly give way to a thunderous drum-and-bass pounding that feels iconic.

Travis delivers an incredible verse that contrasts perfectly with T.I.'s quick flows in his section, and the song's beat switches when 2 Chainz steps in with his verse. Every aspect of this song works flawlessly to create a tremendous trap hit.

“Bodak Yellow” by Cardi B

It's catchy, witty, and one of those trap tunes that will get the party rocking. Cardi B is at her most raw and feverish on this renowned tune.

The bombastic “Dior” epitomizes everything that made Pop Smoke so special. The track is an excellent party starter because of Smoke's unusual ability to parlay his obsession with designer labels into his catchphrase, along with his trademark growl.

With minimalistic, bass-heavy production by 808Melo, the single pushed Pop Smoke deep into the mainstream. Despite his short stint in the trap music scene, Pop Smoke's legacy will be around for a long time through this monstrous track.

Crowning our compilation is 21 Savage's “Bank Account,” one of the most popular bangers from his debut studio album.

The self-produced track features the legendary Mero Booming as the co-producer, delivering the masterpiece soundtrack. The rapper flaunts his wealth in this song in a deadpan rap delivery on a pounding beat that evokes a distinct image.

So, there you go! Above are some of the best trap songs ever. The street-influenced sound has become a fan-favorite among hip-hop fans from all walks of life. Whether you're a trap fanatic or a first-time listener, choose a hit from our best song selection and enjoy trap music at its very best. 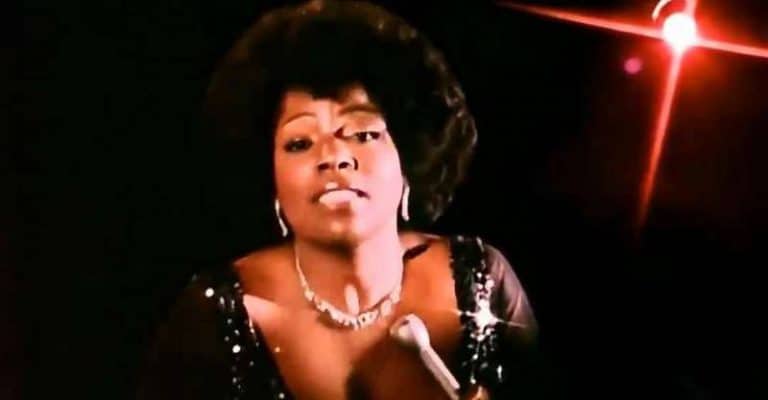 Can you believe that 1970 is over fifty years ago? That puts into perspective how fast time flies. This article will list some of the best 70s songs that made an indelible mark on the music industry and ones that we still jam to on a road trip or while we work at the office. 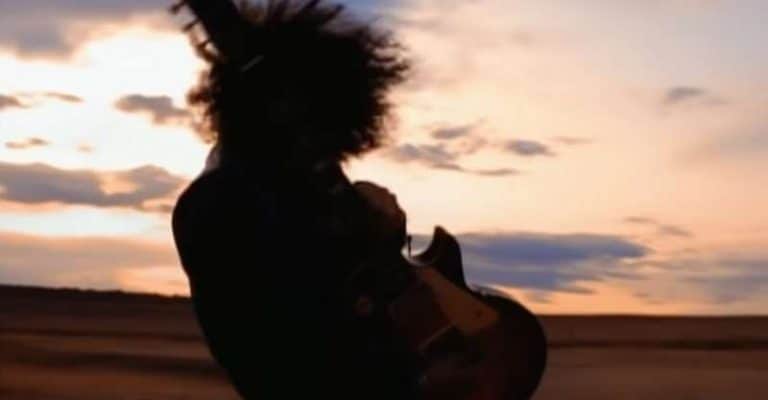 Autumn has a rich musical and literary tradition. Keats, Hardy, and Robert Frost wrote poems about it. Tchaikovsky, Vivaldi, and Strauss serenaded it in music. But poems about fall aren’t all museum pieces. Some of the best songs about Autumn are modern. Here’s a list that looks at the many varied musical representations of Autumn… 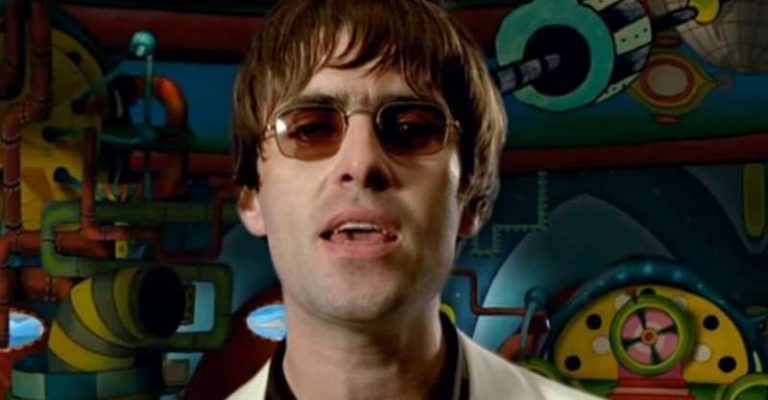 The world is an inspiring place. That’s why there have been so many songs about the world from countless inspired songwriters. Let’s go through some of the best songs with the world in the title. You’re sure to find a few that you’ll enjoy listening to every day! 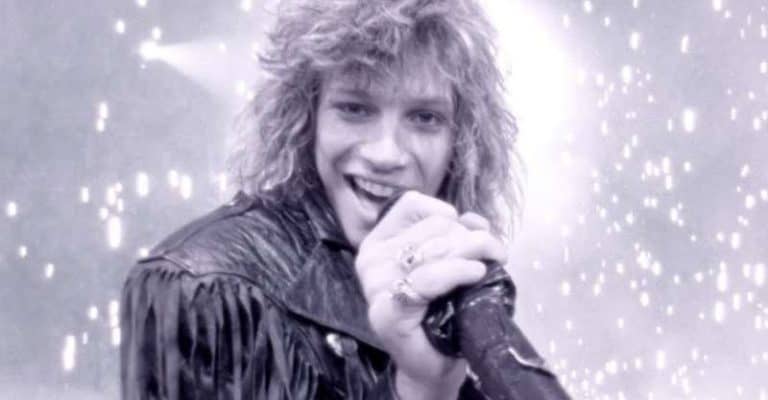 Ah, classic rock! Maybe you’ve loved it forever or grew up with a parent blasting it on road trips. Classic rock is blues-influenced or hard rock from the mid-1960s to the mid-1990s. You can’t help but rock out to these infectious songs. Pull out your distressed denim, air guitar, air drums, and hairbrush microphone, and… 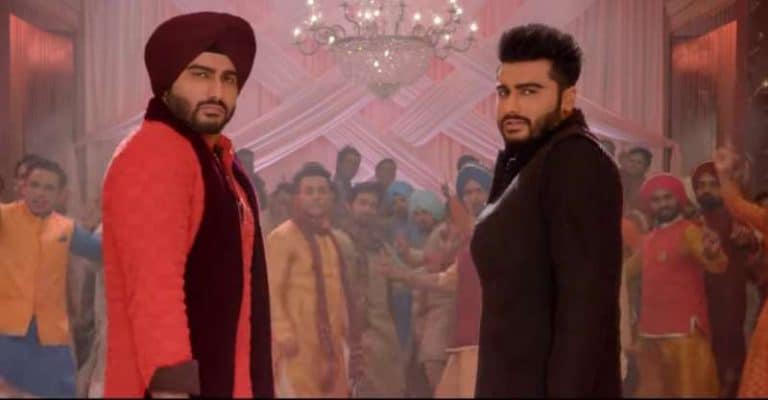 Bollywood music is known for its upbeat and catchy tunes. Whether it’s about love or just a good time, these songs get your feet moving. These tunes have withstood the test of time and continue to be fan favorites. Here’s our list of the best Bollywood songs of all time. 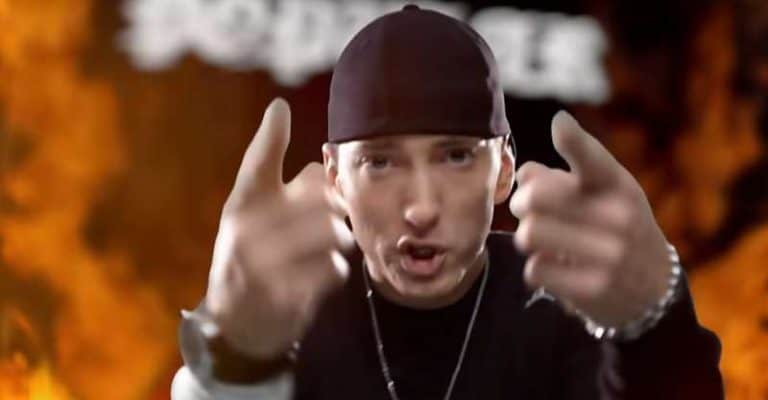 Marshall Mathers, Eminem, Slim Shady – whatever you call him, Eminem’s discography is one of rap’s most influential. We’ve compiled the 35 best songs Eminem has put out throughout his famous career.