You are here: Home / Building A Team / Top 3 Things Concert Promoters Really Care About (Match These & Get Booked) 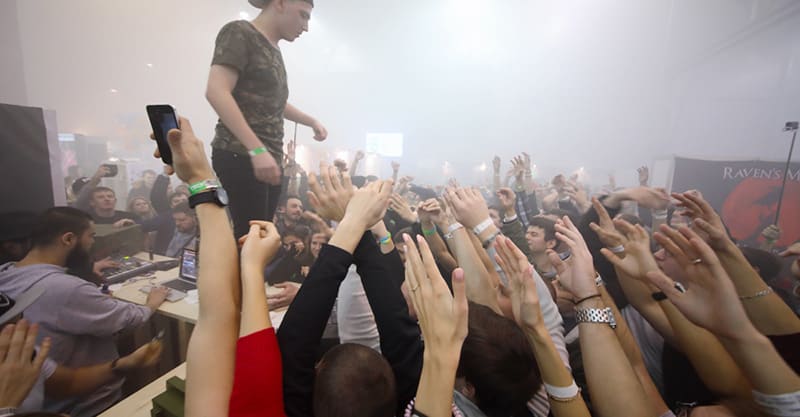 Booking and playing shows is often the backbone of an artist’s career. As you may well know, the booking part can be a challenging and tedious process.

When you’re an indie artist, you’re always working with promoters who are basically taking a chance on you.

Like most artists, indie promoters are not making a lot of money. But that doesn’t mean they don’t want to make money. They do. As do you. Everyone does!

That’s why it’s hard to get booked as an indie; the promoter is always taking a chance on you – trying to decide if you’re any good, if your live show is good, and if you’ll draw people to the venue.

A great promoter will take all this into consideration and make a call. If they decide to book you, they’ll make it easy for you to promote the show, everything will be well-organized, and everyone will walk away with a little bit of money.

A great artist will pull as many people as they can to a show, put on a great night, and be courteous and professional in all of their interactions.

In this guide, we’ll talk in depth about the top three things promoters care about, so that you can start getting booked more frequently, and have more repeat customers.

So, what’s the first thing promoters care about?

1. How Many Tickets You Can Sell

At the end of the day, most promoters are going to take an artist that can sell tickets over anything else.

An artist with draw is known as having hard ticket value.

Hard ticket value means that the artist draws a crowd simply with their name and reputation. They have fans in the city that will come out, just because the artist is playing.

When booking a headliner, they want somebody who is going to draw fans beyond the promoter’s friends and beyond any built-in audience their company has.

If the promoter has a regular crowd of people who come out to all of their shows, that is known as soft ticket value.

A show with soft ticket value means that the show will have a certain number of tickets sold regardless of the artist playing, simply because the fans know that the promoter books good artists.

A headliner with hard ticket value is great for many reasons.

Firstly, it takes the pressure off of the promoter to leverage all of their soft ticket value – they don’t have to text all of their friends, make a thousand Facebook posts, etc. to draw a crowd. The artist’s name will do some of that work for them.

Of course, as an indie band, you may not have much hard ticket value. You’re still early in your career, still working on building fan bases in important markets, and still working on creating buzz.

The thing is, promoters know this. They get it. Many of them probably play in bands themselves.

But, the reality is, you may not be getting booked simply because you have no hard ticket value.

And that is why I always encourage artists to go after quality opening slots.

The competition is fierce for these slots, so count yourself lucky if you get one (and persevere if you don’t).

There is good news however; your hard ticket value isn’t the only thing that promoters care about. If you can do these next two things, you stand a much better chance of getting booked, even without a draw.

2. Your Live Show & How It Resonates With Fans 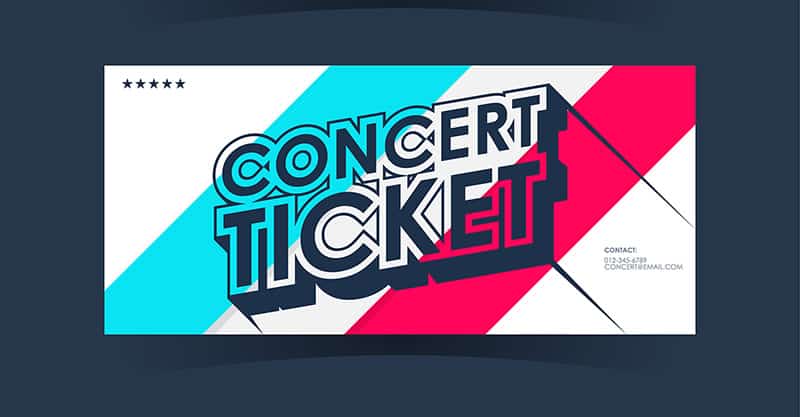 The truth is, your live show needs to be undeniable.

People who see it should be floored.

Of course, there will always be personal preferences, so not everyone will love it, but your show needs to convince people who don’t even like the music, that it’s good.

Most promoters are music fans at heart. Promoting shows isn’t an easy job, nor is it always lucrative. Many promoters are doing it for the love of live music.

If you can convince a promoter of the value of your show, you stand a much better chance of getting booked. There are a few things that you can do to ensure that promoters know the caliber of show you’ll be putting on.

Live video is super important. It’s also not very hard to put together.

Find a friend who is into videography, and get a single shot video put together of you either playing a song or two live in a studio or a rehearsal space, or better yet, at an actual show.

You can easily record the audio on a simple stereo field recorder, or have a friend who is into recording set up a few mics and make a recording of it.

Live video gives promoters a chance to see what they’re taking a chance on. They’ll get a sense of who you are as a band, what you sound like live, and potentially even how crowds react to you.

Even if you’re playing a show with another promoter or at an unrelated bar, invite a promoter you want to work with, out to a show.

Get them on the guest list, go up and talk to them, maybe give them some merch. Promoters are just regular people – you can network and befriend them like anyone else.

This is often even better than live video, because there is just nothing like a live show to convince someone of your music.

A promoter will be able to see where your music would fit on a bill, what you sound like, and if he/she would like to work with you.

Ask Other Promoters For Introductions/References

Finally, you can always ask promoters or other industry members to send an intro email or a reference for you. I’ve often done this – asked an industry member who loves the band and has seen a show, to send an email saying:

“Hey Promoter, just wanted to introduce to you this band from Chicago, SuperHit. They’re a killer live band and super easy to work with. I hope you can work something out with them!”

If nothing else, at least the promoter will be hearing your name from somebody in the industry. 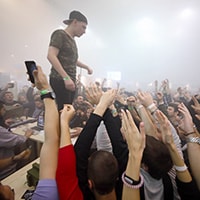 It’s always better to associate yourself with industry whenever possible, as everyone tends to take you more seriously.

All in all, your live show is literally what the promoter will be presenting. It’s important that yours turns heads!

Last but not least, your professionalism makes a big difference when working with literally anyone.

The industry is small, and if you get a reputation for being difficult to work with, nobody will want to work with you.

Interestingly, being professional is not difficult. In fact, it’s usually easier than being unprofessional!

If you are kind, prompt, and on-time, your life will just work better. So will the show! Everyone will appreciate it, the promoter, the staff, even the crowd. Here are a few tips for maintaining professionalism at shows.

When you send an email asking for a show, don’t include too much information in the text. The bulk of what a promoter needs to see should be at the bottom of the email in well-organized links.

Have live video, links to your album, links to your social media, your phone number and a link to a stage plot all in the bottom of your email. This way, the promoter won’t have to ask for any of it or go searching around online for it.

The email itself can be a simple:

“Hey Promoter, my name is Liam, I play in the Winnipeg-based band The Middle Coast.

We would love to work with you on a show between April 3 – 5 in Minneapolis. There are links to live video and music below.

Thanks for your time!”

Under 100 words is perfect. If the promoter checks out your music and likes it, they’ll let you know.

If they don’t reply, feel free to send follow up emails once per week. If you send more than that, you’re pestering.

I don’t believe you need to return emails the day you receive them – this is merely a negative consequence of how connected we are.

That said, you do have email on your phone, so there is no reason to take longer than three days to return emails.

Read the email carefully and return any requested details. Stage plots, tech info, rider info – all of this should be easily available to you and shouldn’t take long to return.

It’s important that you send all of the info they request, because it’s very annoying to have to send repeated emails asking for the same info.

Send An Email 1 – 2 Days Before The Show

Make sure that you’re clear on load-in, sound check, and set times. You can also check on how many tickets you’ve sold.

Arrive On Time & Set Up Quickly

Always leave yourself a little bit of extra time. Things are always making me late, so I try to leave extra time whenever I can.

Showing up late for a gig is a terrible feeling, and it’s not just terrible for you. The promoter hates it, the sound tech hates it, everyone hates it. So don’t do it!

I also think it’s important to have a swift and organized set up process. Try to be efficient and make the stage look nice.

In my opinion, when you’re walking up to the venue, you’re on the clock. So treat it like a job – a fun job, but a job nonetheless. 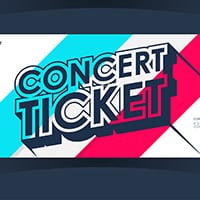 Try to memorize the names of the promoter, door staff, anyone who helped you, and the sound tech. Give these people a personal thank you as well as a thank you from stage.

Everyone loves to be acknowledged, and it will immediately ingratiate you with those promoters. They’ll be happy to have you back!

It also helps you make good connections with the staff and sound tech. These are not just potential fans, but also potential friends. They’re people you can hang out with in that city and call upon for a place to crash.

It never hurts to know people’s names and make friends!

Know what the deal was before you go to settle up, and count the cash.

Make sure everything is as it should be, and just be upfront and honest about everything to do with money.

There is no point in being awkward about it – everyone knows that you need to get paid.

Just ask to settle up, make conversation, and talk about the show.

Settling up should be the easy part if all went well with the show.

That’s really all there is to it!

To distill it down: