You are here: Home / Getting And Performing Gigs / How To Deliver An Excellent Live Show Every Single Time 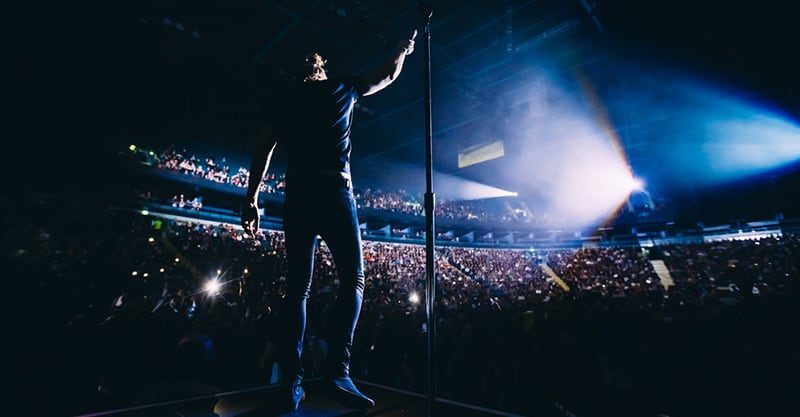 Performance. Many musicians live for it.

If not for performance, I’m not sure I would have ever chosen to pursue a career in music. Once I learned the thrill of performing for an attentive live audience, I was hooked.

But in ensuing years, I soon discovered how hard it can be to keep an audience engaged. Most people don’t just sit and listen to an unknown musician – unless they happen to be your friends or family. Audiences expect a level of proficiency. You better be playing music they like, be great at what you do, or find a happy medium. And even then, sometimes people don’t respond!

If you’ve been performing for any length of time, you already know what I’m talking about. You’ve probably had bad gigs, good gigs, great gigs, and everything in between. And, you’ve probably noticed that the great gigs don’t happen as often as you think they should.

What’s important to realize is that a great gig for you isn’t always a great show for your audience. This is where many musicians make a mistake – they assume whatever is good for them is also good for their fans. This usually isn’t the case.

Delivering an excellent show every single time is possible, but it’s going to take some work. Here’s what you need to know.

Every aspect of your set list is important. You’ll want to be intimately familiar with each of the songs you’ll be performing. You’ll want to ensure that the order of the set has a good flow to it. You will also want to figure out at what points in your set you’ll be bantering or talking from stage.

Here are a few other tips to help you develop a killer set list:

Again, see things from the perspective of your fans. You may feel like playing new material all the time, or trying new arrangements. But your fans will come to see you play their favorite songs, so it’s important to grow as an artist don’t forget to please and delight those who are coming to see you.

Again, there’s nothing particularly sexy about being prepared. But if you want to have a chance at every one of your shows being great, you don’t have much choice.

Always ensure that your gear is in good working condition. If your guitar strings haven’t been changed in a while, change them. If you need more 9 volt batteries in case your acoustic guitar or effects pedals burn out, go pick some up. If your drum sticks are getting old and are on the verge of breaking, go purchase some new ones.

Additionally, it’s worth having a case full of backup gear – batteries, cables, strings, capos, picks, sticks, anything you think you might run out of at some point. If anything goes askew, you’ll be ready to cope with the situation on the fly. This is especially important on tour, where things often go wrong in spite of best intentions. 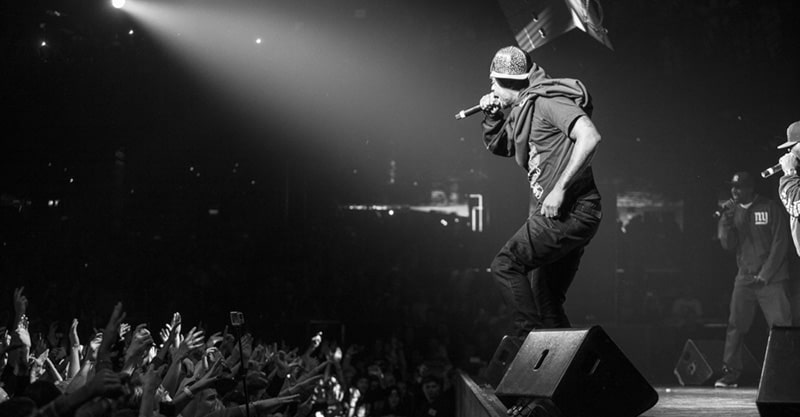 Your stage moves are critically important to keeping your audience engaged. Many musicians just wing it or don’t do anything of interest onstage. Unless you’re playing stadiums already, this isn’t to your benefit.

My advice would be to think carefully about what you’re trying to communicate with each of your songs. When your body language is unchanging for your entire set, the audience is basically hearing the same song over and over. That’s not your intention, is it? There’s a reason why you’ve written many songs, and not just one.

Your stage moves need not be complicated. For solo artists, you can change things up relatively simply by standing for some songs and sitting on a stool for others. But if you aren’t thinking about your stage presence, you’re missing an essential component to putting on a great show every single time.

Even if you’re not practicing, the pros are. Learn from the pros.

Bands play gigs all the time. So, what separates you from the droves of other acts clamoring to perform at the same venues every single week?

I understand. We all play gigs to gain experience and make some money. But at some point, you should start thinking about your fans, don’t you think? If they don’t enjoy the venues you’re playing in, why keep playing them? It’s just going to get tougher and tougher to get them to come out to your shows. I have a feeling many artists have run into this problem.

You should be on the lookout for venues that have a great atmosphere and reputation, serve the types of drinks and food your fans love, are comfortable to be in, and boast great sound. I know, this is idealistic. It’s hard to find a venue that has it all, and somehow make it a profitable venture besides. But it will be worth the effort when you see the look on the faces of your fans.

Unless you’re playing arenas and stadiums, you probably haven’t earned the right to play for an hour and a half straight yet. This might come as a surprise, but it’s very challenging to keep an audience engaged for that length of time, and as an amateur band, it’s often better to leave people wanting more than to inundate them with your music. Oh, and if you hadn’t noticed, even some of the biggest touring acts in the world still have opening acts.

There are several benefits to working with great opening acts. For instance:

Work with one or two other bands and put them on the bill. Please make setup and teardown as straightforward as possible. Don’t keep the audience waiting for too long between sets.

Play Nice With Sound Techs Or Hire Your Own 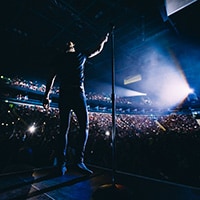 Make friends with every sound tech you come in contact with. They have the ability to make you sound good or bad depending on how they feel.

True, there are some techs that aren’t very good at what they do, but they’ll at least be cooperative if you’re friendly towards them.

If at all possible, don’t make a huge list of demands upon arrival. It’s going to stress out the tech, and cause them to become resentful for signing up to run sound for you. I know some acts like to bring their own effects and rackmount gear, and that’s totally understandable, but the tech probably showed up knowing nothing about your setup unless you contacted them in advance. So, if you’re going to bring extra gear, let them know well in advance.

If you must have everything just so, then I would suggest hiring a tech that understands your needs and knows how to mix your band effectively. This can help you create a better and more consistent experience for every show you play.

Music is a fantastic medium, and it can be highly entertaining. But sometimes it just isn’t enough. Stage banter and humor can also go a long way, but again, it may only capture and hold your audience for so long.

I don’t believe for a moment that people have the attention span of a goldfish, but it is true that we tend not to stay engaged in one activity for long. Don’t lose your audience. Hold their attention for as long as possible by catering to their need for constant distraction.

You could be well-prepared. You could have the best lineup in town. You could have a full-on professional multimedia production ready to go. But if you don’t promote your show, no one will be there to see it. It could be a great show. There just won’t be any witnesses on the scene.

When marketing your shows, try to see things from the perspective of your fans. Why are they going to come to your show? What aspect of it is going to appeal to them? It is just another gig, or is it a special event (hint: It’s always a special event!).

Send out invites – physical invites if you must! Make your fans feel special, not just another number on Facebook.

A well-promoted show gives people the impression that you know what you’re doing, which lends more credibility to the idea that you know how to throw a good party! 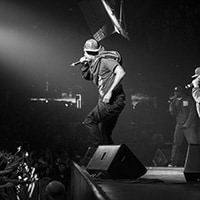 Fan engagement is often overlooked by independent artists. This is because it takes time, resources, and effort to do. But engaging your fans can build a deeper connection and lead to more revenue opportunities.

It all starts with the tickets. It is easy for your fans to purchase tickets? Do they know where they can get them? Is there anything you can do to make the ticket buying experience special and personalized?

What about VIP seating? Do you have areas sectioned off where your most rabid fans are rewarded for their loyalty and interest?

You may also want to consider after parties, CD signings, meet-and-greets, and so forth.

You may not want to – or even need to – implement fan engagement strategies right away. If there are only 20 to 30 people coming to your shows, then just make it a simple intimate experience. But when your fan base grows, you should start doing special things for them. Then you will begin to see the power of word-of-mouth marketing at work.

The most important thing you can do to improve your live show is to make a commitment to getting better as an artist and performer no matter what.

Keep tweaking your set list. Keep practicing your instrument. Study what other artists are doing. Consider how technology and multimedia could be a part of your live experience. Purchase better gear as you’re able. Record and listen to yourself.

Don’t rest on your laurels, and don’t get comfortable. There is a formula for success, and once you find it, keep duplicating it. Make small tweaks to make it better. This will help you achieve incredible results with your live shows.

As I said earlier, it is possible to nail down a winning live performance formula for your band, assuming you have the goods the market wants.

One of the most important things you can do is develop as a performer and an artist. As you become better at singing, playing, bantering, and making your stage moves at the right times, your fans will become captivated by your shows and will end up wanting to buy more merch.

The details do matter, such as the date and time of the gig, the location, the drink and food specials, opening acts, emcees, sound, and so forth. But ultimately, it all starts with you. If you’re great at what you do, you’ll begin to stand out from the crowd. You’ll make a lasting impression with your audience.