You are here: Home / Getting And Performing Gigs / How To Sell More Gig And Concert Tickets For Musicians 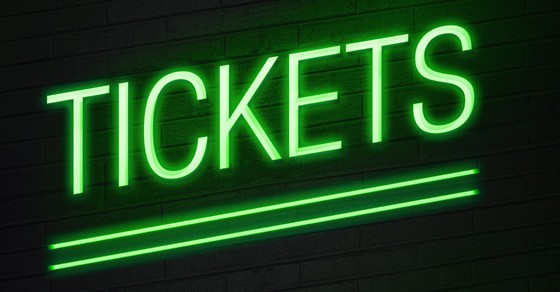 If you play your cards right, eventually you’ll break away from dead-end bar gigs with small crowds. It’s a “paying your dues” phase that most have to go through. How long it lasts is different for everyone, but smart artists that take time to educate themselves can usually shorten the life span. Especially if they are also remarkable at their musical craft and live show.

Typically, the break-away happens by landing gigs opening for bigger national touring acts or you build up a big enough local following that you start headlining your own gigs. Usually it’s a healthy mix of both. You start figuring out the important industry mechanics. Like the fact that venues and promoters typically need the venue’s capacity 80%+ full in order for a show to be considered “a success”. And that the main reason local acts are added to shows with national touring acts is because there is concern the event isn’t going to sell out the venue’s capacity. Therefore locals are added to the bill to reinforce promotion and ticket sales.

Selling tickets is usually a better proposition for musicians than “buying on” to a show. Your ability to sell tickets also increases your perceived value and keeps it from being strictly financial. Plus, selling tickets for shows with a national headliner in your genre can be way easier than getting your friends out to watch you play with other local acts at the bar repeatedly.

At first it might feel like your big break. You’ve broken the ice. You got your first taste of a couple hundred people or more paying attention to you, screaming for you, throwing their hands up, whatever. Sometimes artists start the celebration too early after they first start landing these spots opening for bigger acts. Because they find out pretty quickly that financing those spots out of pocket is unrealistic, and consistently selling enough tickets to stay in the good graces of venues and promoters gets difficult.

Good news is: If you start networking the right high value connections yourself and figuring out different ways you can add value for them you might start landing some big gigs without having to do as much leg work. When you get to the point where your name really starts drawing numbers to shows in a local scene promoters and venues will stop requiring you to physically hustle tickets to get on shows and might actually just start paying YOU a guarantee instead of a ticket sale split.

Until then though, how do you keep the momentum building? If you start slipping with your ability to meet ticket sale expectations you can burn bridges with promoters and venues fast. Before you know it you can start sliding backwards into the dead-end bar circuit.

Here’s some tips to help you grow your local following and increase your ticket sales so that venues and promoters will love you. They should be used in conjunction with this other advice about selling out shows.

If you have an effective strategy in place to do so you can leverage the power of social media to sell more concert tickets – especially if you have a headliner with a big following in your local market. In order for it to work though you need to already be actively and organically building and engaging your social networks.

I’ll start with the more common tips which are still very important before getting into some more advanced strategies.

So let’s say you’re organically building a well targeted audience online for your social profiles. Let’s also say you are regularly engaging them with great content they care about and that has nothing to do with selling tickets. Now that you’ve become kind of a big deal in your local scene online and off, you’ve got some big shows coming up that you need to sell tickets for and promote. How do you use Facebook and Twitter to sell concert tickets?

You make sure any visual designs you use will catch people’s attention and interest. You make sure the copy you use in your pitch is concise, interesting, informative, and inspires action. You post about the concert regularly so that your audience on your networks knows about the gig. You directly message your biggest local fans and friends that regularly support you to let them know personally about the show. You ask them if they’re able to make it out to support you. If so, you figure out right away how many tickets they will need and when and how you can get the tickets to them. If not, no big deal, you thank them for all of the times they have already supported you. 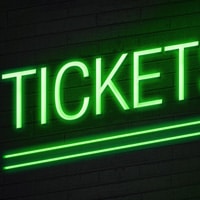 Not, the bits not as many people do. This isn’t just a chance to leverage the fan base of a bigger artist to sell tickets, it is also the chance to leverage your association with that bigger artist to convert a section of their fan base into your fans. Search relevant hash tags on Facebook and Twitter. Chances are that big touring artist and/or their label is also promoting the shows. Regularly check the comments of posts and tweets about the tour or show from the headlining artist, record label, promoter, and venue. Drop a quick note into the conversation that you have tickets for sale for the show.

If you see anyone you aren’t already connected with talking about how excited they are about the show then it’s time to hit that friend request or follow button. Have a one-on-one conversation with them outside of public threads. If they haven’t bought tickets yet you might just be their lucky star to help them out from paying more at the door or in online fees. At the very least you have a great opportunity to still make an impression that could lead to a new fan.

Bonus tip: It’s a good idea to try and get your gig tickets listed on ticket selling websites as they can send some random and relevant viewers to your show details. That’s if you can get your event listed of course…

This is a common mistake artists make when they first start getting bigger shows and a good buzz in their local market. It’s way easier for promoters and venues to find local artists with bad etiquette and empty promises than it is for them to find musicians who are professional and able to do what they say.

When you successfully position yourself in a local market as an up-and-coming artist that gets people out to shows, it won’t be long until your issue of struggling to find good shows is long forgotten and a new one arises. Now you have the opposite problem: Instead of getting better at landing the right shows now it’s time to get better at turning down the right shows.

Your fans in any given city don’t want to, and can’t afford to come out and see you every week. Every month is probably even pushing it. Plus it takes the magic of the experience away. You want your fans to crave and itch for the next opportunity to see you live. It’s not really a big deal if they miss out on it when they can just catch you next weekend.

The exact strategy that works best for you and your career is for you to determine. There’s no rule book on which shows you should take on and how often you should play a market. However, I feel that as a general rule of thumb you shouldn’t play the same city more than once within 60 days unless you are just starting out and building a presence in that market. You want your fan base in your strongest markets to keep growing even bigger and over saturation often leads to stagnation instead of growth.

Selectively And Strategically Choose The Shows You Play

So how do you decide which shows to take on and which to turn down? Write down your strategy. What type of opportunities are you going to focus on? How often are you going to perform in your local market? If you make a commitment to only take on one show a month locally and you have 4 gig offers for a month, you should figure out which show has the potential to have the greatest impact on your career and respectfully decline the rest.

The goal is to increase growth and avoid stagnating. Is it getting harder to get people out to shows? Time to take on less shows and take on better shows. It’s also time to re-evaluate your marketing strategy and make sure you are making the most out of every show you play. Have you been performing for crowds of 150-200 people for 6 months? It’s time to plan a strategy to get in bigger venues and in front of crowds of 250-500 people.

One of the reasons bands or artists play countless shows and struggle to build a following is because they don’t make a conscious effort to get the maximum benefit out of every show they play. Don’t just have remarkable music and an incredible live show because that’s the obvious goal every artist is working for.

Don’t ever let one single person who enjoyed your music leave your show without making a personal one-on-one connection with them. Sometimes it might be impossible, but that doesn’t matter, set it as a goal anyways and work your hardest to achieve it every show. On top of making a real connection with them you should also be collecting their email addresses if they are willing to share them (in exchange for some free music, of course).

Building a fan base that will support you by going to your shows and buying your music and merch is a constant process and cycle that you need to be part of authentically and strategically. You shouldn’t just be making new fans every show, you should also be getting their permission to market to them again in the future.

All of these tips require longevity, they aren’t quick fixes if you are in the hole right now with a stack of tickets to sell that aren’t moving for a show happening in two weeks. However, working these tips into your long-term strategy will help propel you into a position to play bigger, better shows and sell more tickets.

Can you think of any other strategies that have helped you or could help other musicians sell more tickets for gigs and concerts?