You are here: Home / Music Marketing / Should You Still Market Your Music Offline? One Man’s View 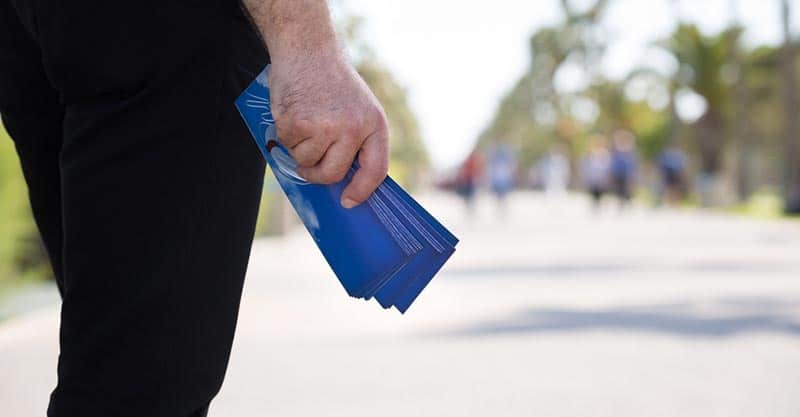 Gone are the days when putting up a few posters and spreading the word is enough to market a show.

Getting people out to your gigs is hard work.

The good news is you have more reach at your fingertips than ever before – a viral video or song can break an artist wide open.

What can be difficult is that social media has been a blessing and a curse for the independent artist because there is more noise to compete with than ever.

Plus, creating content for social media is yet another item to tack onto the DIY artist to-do list – and not everyone enjoys it.

So, what’s the answer?

Is it still worth marketing your music offline in 2020, or are you better off holing up in your home studio making content forever?

Based on my experience and the experiences of many of my peers, I would say a little bit of both is key.

Nothing Replaces A Live Show

Live shows are the bread and butter of many artists.

Making money off your records started getting harder in the early 2000s, and it’s as hard as ever today.

While earnings have picked up a little bit with the rise of streaming, you are still not going to sell many physical copies of your music (unless you have a particularly effective sales funnel).

Performing live is the main way artists move CDs, vinyl and other merch.

So, if you want to sell your music, performing should be a part of your strategy.

You may have an online store, but nothing beats the excitement of a live show.

Live shows create deeper connections and lasting impressions with your fans, which can easily lead to more sales.

Plus, it’s an opportunity to create an experience – your fans can come out, hear their favorite music live, meet their favorite artists, hear new songs and more.

So, they will come to appreciate your music even more.

For this reason, playing live is still worthwhile for most artists.

But that’s not all, because… 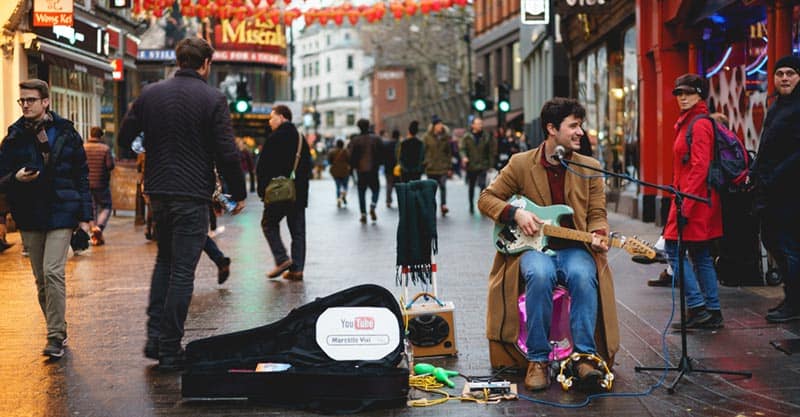 Opening slots allow you to get in front of people who want to hear music.

So, they are more open to hearing new music.

Performing with other artists also builds your reputation.

With little effort, you’ll be in the same league as the artists you’re opening for.

This is the fastest path to boosting your live performance career.

Opening slots also give you the chance to get in front of industry.

Agents, promoters, managers and publicists will be in the entourage of a larger artist and will be coming out to shows.

This is a great opportunity to make some connections.

You can also invite industry out to your shows and showcase for them.

This is a good way to get them to see you performing in front of a packed house (because of the multi-bill format), which is far better than inviting them out to a dive bar to see you play for a dozen fans.

With that in mind…

Creating Content Is The Cheapest Way To Reach & Create Fans

The problem with touring is that it is expensive and if you don’t have much of a fan base, it’s not going to do much for you.

Playing to nobody is part of being an artist on the rise.

But if you do too much of it, you’ll lose your motivation and a pile of money as well.

If you are able to create content cheaply, that is what you should do.

Creating songs in your bedroom or in your producer’s bedroom, creating DIY videos – all this adds up.

You can then leverage your content to reach your fans and prospective fans.

Look to creators you admire for ideas on how to structure your releases and your content.

Look to well-known creators for aesthetic tips, content scheduling and how they are interacting with fans.

Are there artists in your local scene who are making an impact?

Look to see what type of content their fans are engaging with and how they are making new fans.

Consider investing in some online education as well.

Our site, Music Industry How To, has a ton of free and paid content that can help you develop content scheduling and marketing ideas, and jog your brain for creative ideas.

This is a good place to start.

If you can’t find what you’re looking for, keep searching the web for advice on specific problems.

Are your releases not having the impact you’d like to have?

Look for marketing advice, advice on ad buys, advice on reaching more people on social media and so on.

Are you having trouble getting shows?

Or, does it seem like an uphill battle getting people out to your shows?

Look for advice on playing live, touring strategy, show strategy and the like.

Now you know the importance of performing live and offline marketing as well as the value of marketing online.

So, here’s what I would suggest: 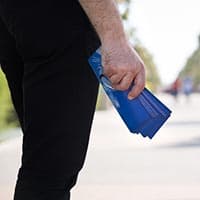 As I’ve said already, the problem with offline marketing is that it’s often expensive.

In my scene, there is a songwriter called Donovan Woods.

When he released his breakout record, there was a large offline marketing campaign.

All the major cities in Canada had dozens of full-size posters of Woods’ album all over downtown, and particularly around artsy areas and music venues.

To do this around the country required a lot of money.

This coincided with a support tour, a headlining tour, a bunch of publicity and a bunch of play on national radio stations.

The campaign got a lot of attention and raised his profile nationally and otherwise.

But Donovan was well into his career when he pulled this off.

Don’t rush into planning a marketing campaign like this.

Going too hard too fast will leave you bankrupt and exhausted.

You are better off focusing on online and behind-the-scenes marketing first.

Here are the steps I suggest taking to get to where you need to go:

A lot of songs.

Create videos, and keep some of them for later.

Release content regularly and build your fan base online.

Eventually, you’ll get to a place where you have industry helping you promote your material.

Don’t blow it all too soon – develop a body of work that you can put out and make an impact with.

Be smart about it.

Don’t overplay, but play a bit.

You’ll build a name in your scene, meet people and develop a grassroots fan base.

It is important to get in front of industry.

These are the people that are going to help you release your body of work.

Making industry connections isn’t as scary as it sounds.

These are people who got into the music industry because they care about sharing the music they love.

For your online or behind-the-scenes marketing to be effective, you must build your team.

Offline & Online Marketing – They Are Both Important 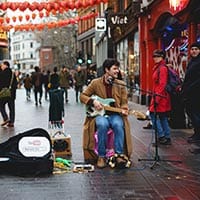 The truth is, you don’t have to choose.

You should be doing both.

I have friends who built up massive online followings before playing any shows or going out on tour, and that worked out for them.

I have friends who toured their butts off and released a bunch of music, and that has gone well for them.

Realistically, it takes both.

If you have a great following online, but don’t have any music that people care about, you won’t get much engagement at your shows, because nobody has had the opportunity to connect with your music.

If you have great music but no way to get it in front of people, you won’t have good shows because nobody will have heard your music.

In 2020, you need to be marketing both online and off.

In my opinion, you should start by creating content that you love and figuring out how to get it in front of as many people as possible on the internet.

Build a following, create interest and convert listeners into fans.

Then, start putting together a wicked live show and play shows locally.

Start building a name for yourself in the local scene – people will be impressed when they discover you at a show and find themselves immersed in your online content.

All the while, start making connections with industry.

Send you music around and see who likes it.

This will help you grow your business.