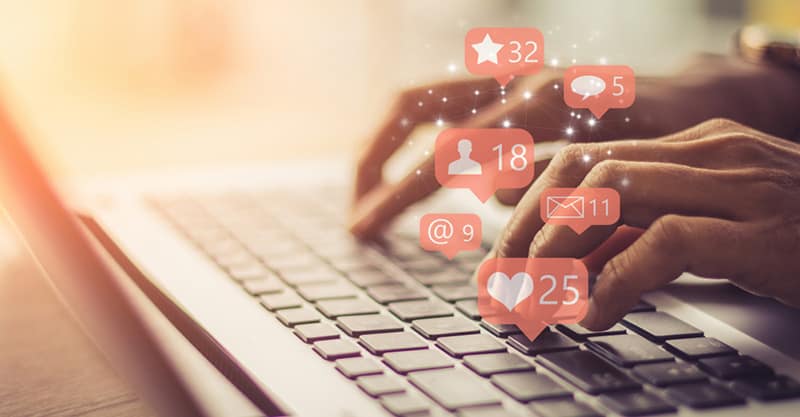 These days, it seems like everyone and their dog has social media. And in fact, there are way too many Instagram accounts dedicated to people’s dogs for my liking.

In this guide, we’re going to take a look at artists and social media in 2018. We will answer the question: “do you need social media?”, and we will give you further details on which social media platforms best serve your needs.

Do You Need to Be On Social Media?

The answer is… probably.

Truth be told, social media is the most efficient and cost effective way to build and reach your audience.

If you are an artist – releasing albums, playing shows, touring, putting your music on Spotify playlists, etc. – you need to have a place where people who like your music can go to follow you.

This is beacause there is just too much music in the world. If people don’t immediately go follow you on social media, it’s too easy for them to forget you and move onto something else.

People have two lives these days: a life in the physical world and a life in the digital realm. If you’re not connecting with people in their digital sphere, you’re missing out.

To get people to come to shows, buy merch, buy albums, listen to new music, etc. you need to be connecting with them physically and digitally.

Being on social media can help you bridge the gap between you and your audience. It can connect you to fans and help humanize you.

You Decide Your Relationship With Social Media 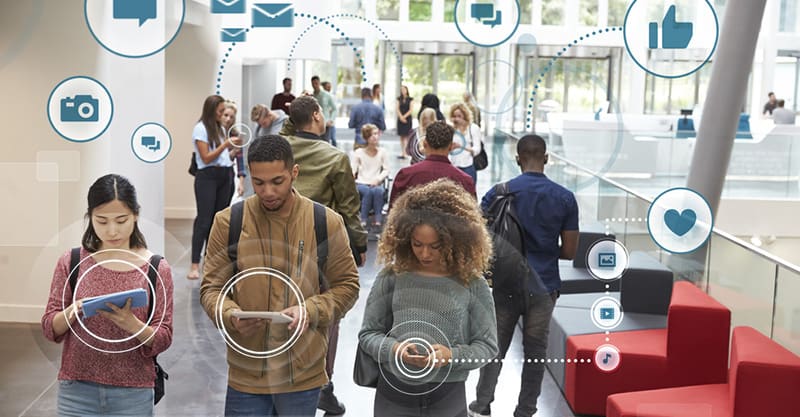 Managing our relationship with social media is a hot topic these days. We spend a lot of time looking at our phones, and as a society, we’re starting to figure out that all that time spent on-screen may not be good for us.

As an artist, being on social media is part of the job. However, it is within your power to decide how big of a part social media plays in your career.

Some artists like to be very involved with their accounts. Oftentimes, younger artists who’ve grown up with social media are more likely to be spending more time on it. But that’s not always the case – Ryan Adams is 40 and has a very active, very personal social media account that I love.

Others have their social media run entirely by their team. If you can find and hire a team that does a good job of running your social media, you may consider this option.

Be aware, though, that your fan base is usually able to tell whether the person behind the post is the artist, and that can sometimes alienate fans. Fans are usually following acts to get cool, behind-the-scenes glimpses of their favorite artists.

Others use their social media as an extension of their art – Anderson .Paak is my favorite example of this. His Instagram is one, giant, never-ending mural. He’s always adding to it, and in the description, he includes information about tour dates and upcoming releases.

To me, this adds to the mystique of him as an artist. I love it. Then again, you don’t get much of his personality, which can alienate some fans.

And then, some people can get away without having dedicated social media accounts.

In particular, I think musicians who are making a live playing side-gigs and whatnot, don’t always need dedicated channels.

Creating personal accounts on Facebook and Instagram is probably a good idea, because you can get and promote gigs this way. But you don’t need to invite friends and family to “like” a dedicated musician page if you don’t want to.

I don’t think there’s always value to having a dedicated artist page. Sometimes a personal page will do the job just as well.

What Social Media Platforms Should I As A Musician Be On? 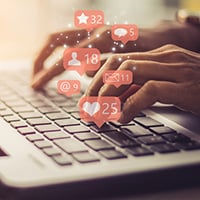 The world of social media is changing fast. You should choose which platforms to use based on your target audience as well as which you can use to express yourself in a meaningful way.

Here are a few platforms you should definitely have a presence on:

Instagram is the best platform you can use to connect with your fans. It’s all image based, which means more connection with fans. Your reach is better on Instagram than on other sites, and Instagram’s popular “Story” feature allows you to communicate directly with your fans.

Instagram is also a favorite platform among young people, and if your target audience includes 16 to 30 year olds, you should absolutely be on it.

Instagram has replaced Facebook as being the most important social media platform for artists (in my opinion).

It’s hard to get good organic reach on Facebook, so you end up paying for a lot of boosted posts or ads.

I have also found that Facebook has become the social media platform of the older generation. Most people under 20 barely use Facebook at all, and the 20 to 30 year olds in my circle seem to be leaving it slowly, but surely.

That said, Facebook is the world’s largest social media platform, and it’s a must-have.

The difference is, I think you can post less on Facebook. Save Facebook posts for big announcements and things that are going to get a lot of organic shares and likes.

Maintaining an active presence on YouTube can be quite beneficial. People have the ability to follow your activity on YouTube and the more content you publish, the more people will end up following you. 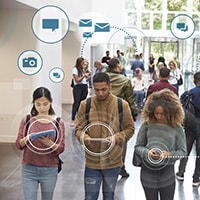 Depending on what kind of artist you are, you may or may not need Twitter.

Twitter is a popular platform for pop artists and rap and hip hop artists. Most other artists seldom use Twitter.

It’s also a good place to promote shows and other announcements. My band makes lots of stupid jokes on Twitter, which I enjoy.

The only reason Bandsintown makes the cut is because a surprising number of people have come out to my shows because they received a Bandsintown notification.

Die-hard music fans use this platform. And, besides that, using Bandsintown is probably the easiest way to embed tour dates on your website.

I don’t think Tumblr is a must-have social media account, because it’s user base is relatively specific and small.

However, some artists maintain active Tumblr blogs, which can be beneficial. If your target audience is big on Tumblr, then it is a great place to connect with fans, post your thoughts and ideas on wide-ranging subjects, and have it be a place where you share your art.