You are here: Home / Music Marketing / How To Get Your Music Reviewed On Blogs And Other Outlets 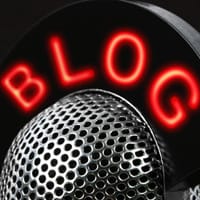 Contrary to many things I’ve been reading around the web from the new “gurus”, reviews are a necessity for serious musicians. Reviews will help separate you from the other artists in your genre, as a reviewed album gets a lot more exposure then a non-reviewed album.

A good review can shows that your music is a cut above the average release. On top of that, it also shows industry figures that you take your career more seriously than most.

The Advantages Of Having Your Music Reviewed

Here are a few quick benefits of having your music reviewed in magazines, music blogs and the like:

I’m sure you can find other things to add to this list.

Before we continue, let me tell you a bit about me. My name’s A-J Charron of A-J Charron Music. Having been on both sides of the reviews, I’d like to explain how reviews work and how you should go about getting your album reviewed. Read on for 8 steps to getting your music reviewed.

1 – Choose Who You Submit Review Requests To Carefully

There are many reviewers out there, some good, some bad. I suggest you find magazines and websites that review your genre, go to the reviews section and read what they write. Pay attention to the names of the reviewers; I suggest making a list as some reviewers might be on different websites or in different publications. Weed out the good reviewers from the bad ones, and only target ones that are into your type of music. You wouldn’t want to send hip-hop to a heavy rock reviewer for example…

You are looking for objective reviewers. People who can review an album in a genre they don’t very much like, but can find something good to say. This should be apparent in the reviews themselves. These are reviewers you want to contact.

Stay away from reviewers who regularly trash albums. Generally they don’t have long careers, but sometimes they own the sites and those bad reviews can be there for a while. Avoid them at all costs.

Also pay attention to reviewers who tend to be good but who once in a while trash an album for no obvious reason. Your album might be next. 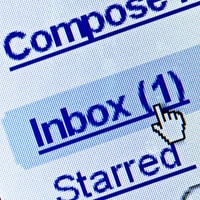 If at all possible, contact the reviewers before sending anything their way. This is good networking for musicians. Back when I was reviewing, a slow week meant about 10 new albums coming in the mail. Sometimes it was 200, I kid you not.

Remember that a good reviewer will be able to post about 5 reviews per week. If they are not interested in your genre or in your album, you are saving them time and saving yourself money. Plus, at some time in the future if you have an album that they might be interested in, you will already be on good terms with them.

Once you have the okay, mail out the CD right away. As I mentioned, they are swamped with requests and they will forget about you if you delay.

Always write “solicited material” on the envelope in big letters, as often they will open that first. Don’t write it if you haven’t talked to them before; this will end with your album getting thrown out without a single listen. The reviewer will remember you, but not in the way you want.

Sometimes magazines and websites don’t offer the opportunity to have a first contact by email. If this is the case, just send in the CD and hope for the best.

3 – Be Patient Waiting For Your Review

Some reviewers don’t receive a lot of material and they will publish a review rather rapidly, but these are the exceptions. Most have a pile of material already and your album, if solicited, will go into the “A” pile. But at the bottom.

A good reviewer will listen to your album several times before writing about it. Generally speaking, you can expect a period between two and three months before a review is published. In some cases, it can take six months or more. This is standard and doesn’t mean they don’t like your music.

Always consider to send out your albums two to three months before the release, if at all possible.

With all they have on their plates, leave reviewers alone. A reminder will not move you to the top of the list. A friendly reminder will, at best, leave the album where it is. A nasty reminder or a “Hey! Where’s my review?” Will generally remove your album from the list. Or it will bring it to the top, but not in the way you’d like. Remember that a reviewer can easily sink your album. Some are crafty enough to write it in such a way that the review will sound honest even when it’s not.

Let them do their work. Remember, don’t expect a review, but instead hope to get one.

5 – Thank Reviewers, But Only When They Write Good Or Neutral Reviews 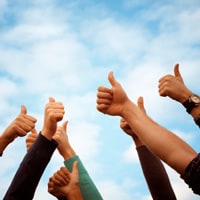 If you get a review that’s neither good or bad, it means the reviewer did not particularly like your album. But at the same time, they took the time to listen to it and to find something worthy to say. By thanking them you’re keeping good relations. They will remember that next time you submit an album for review, and it may even help your release move forward a few places in the review que.

The vast majority of artists never thank the reviewers even when the reviews are good. If you’re dealing with a press agent who sends out the material for you, you should still take the time to thank the reviewers yourself. They will appreciate this small gesture on your part, and it will help strengthen the relationship between you…

If you’re dealing with a press agent, make sure they are not arrogant with reviewers. Usually these agents are either super nice to reviewers, or really bad. I’ve personally never met a press agent who was in between.

There are several reasons why you might get a bad review; 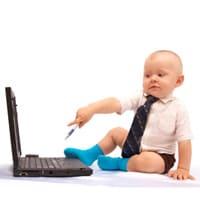 There may be other reasons, but these are the most common ones. When you read a bad review, it’s infuriating, but you always need to keep good relations. If you send out a nasty email, or if you dis the reviewer on youtube, you’ll end up the loser in that battle. The reviewer will probably know a lot more people in the business than you do, and can probably do you a lot more harm than you can do to them.

When you get a bad review, if it’s not the first review you’ve had, compare it to the other reviews you’ve had. You should easily be able to find out what the reviewer didn’t like. Most of the time, they simply didn’t like it.

Sometimes they really don’t know what they’re talking about, but they won’t be interested in learning from you.

Check to see if they have the facts straight about your album. If they don’t, it’s a big tell that they didn’t really pay that much attention to it.

Take any genuine bad reviews into consideration, as they may have a valid point or two. Use any constructive criticism if the same points come up by more then one reviewer. You may be able to use this to improve the music you make, and to become a much better artist in the process.

*Editors Note: I believe there are some instances where it’s ok to pay reputable sources to review your album. You may be paying for their time to review your music quicker, or simply to get a guaranteed review of your music over a ‘listen but not write anything about it’. That said, don’t pay for ‘a good review’. These are the people I think A-J is talking about below; they’re just after the money and often won’t give a genuine account of how good your music really is. This isn’t good for any potential buyers of your music, as even if they do buy, they’ll be disappointed and slate your music after. They’ll also most likely never buy from you again.

It’s also not good for you, as you won’t know how to improve what you already offer if your music isn’t up to scratch. But anyway, back to A-J:

Finally, never pay reviewers. Some people have started a trend where you pay $50 to be reviewed. They just want your money. As I used to be a reviewer, I tried this out. I was curious about it. I contacted the reviewer and asked him to listen online to some of my tracks as I was unclear whether or not my album would fit into the site’s genre. He wrote back, quite enthusiastically, saying he loved my music and wanted to review it. I paid and sent the album.

My album is guitar-oriented. His review started off by stating that he knows nothing about guitars and actually dislikes them… You can imagine the rest. I don’t appreciate dishonesty.

Believe it or not, a bad review can sometimes bring in new fans. Some people will read the review and understand that the reviewer is biased and will go listen for themselves. Some people may dislike the reviewer and will seek you out just because the reviewer didn’t like your music. And if the review is unfair, you can end up with people being loud about it and counteracting it with good reviews.

So there you are, 8 steps to getting reviews for your music. Stick to the above and you will find you get more reviews and ones of a better quality. I hope you enjoyed this post, if so please share it using the social sharing buttons below this. Thanks for reading, and good luck with getting your reviews in.

A-J Charron worked for several years as a columnist, reviewer and interviewer for several websites and publications. In October 2012, he released his debut album, an instrumental called “Humouring Gods” (www.ajcharronmusic.com). He is currently working on his next release which is not an instrumental.