You are here: Home / Music Production / How To Clear A Sample In A Song, And The General Cost 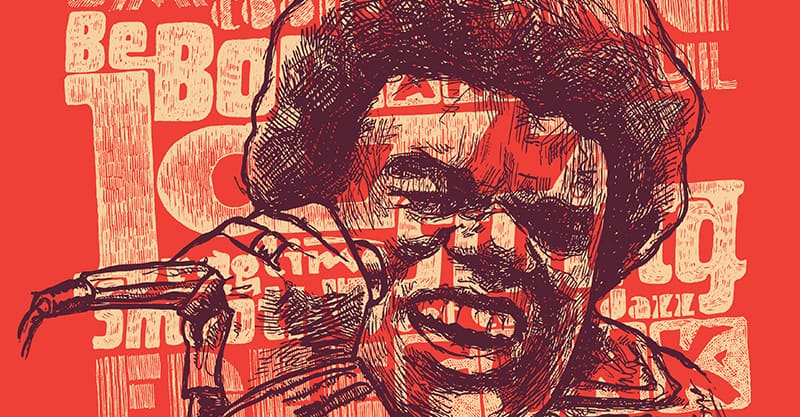 In the rap and hip-hop world, it’s not unusual for producers and artists to take samples from other recorded works and incorporate them into their beats. This happens in the DJ and EDM world too.

You might have other reasons for wanting to use a sample in your song, such as the desire to pay tribute to one of your favorite artists.

But typically, this isn’t simply a matter of cutting and pasting the section of the song you want to use into your track and calling it a day. That could get you into a lot of trouble.

What you need to do is “clear” the sample first. That’s what we’ll be looking at in this guide.

Note: If you need legal advice, talk to an experienced entertainment lawyer. Nothing in this guide should be taken as the final word on clearing samples.

What Happens If You Don’t Clear A Sample For Songs And Mixtapes?

Now, I just mentioned that sampling without clearing could get you into trouble.

Prior to the 90s, it was the wild west of sampling. Artists could basically sample whatever they wanted and not worry too much about it.

That all changed with the growing popularity of hip-hop, with artists like Biz Markie, Vanilla Ice and MC Hammer. If you’re old enough, you may recall some of the legal challenges they faced after allegedly sampling copyrighted works of other popular artists.

You might think that you can get away with it if you just use a little segment from your favorite song. But the length of the clip doesn’t matter – if it’s identifiable, then it could be subject to legal proceedings. The same goes for effects. Just because you’ve added effects to the sample and it’s not entirely recognizable as the original doesn’t mean you won’t run into some issues.

Now, I will admit, as an unknown DJ or artist, it’s unlikely that record labels or publishers will go after you. You must follow the money trail. Big companies know there isn’t much to be gained from suing small artists.

But your music, nonetheless, could be pulled from streaming platforms and online stores. Further, if the track becomes successful, you won’t have any bargaining power with it. Essentially what this means is that you won’t own the song in its entirety, so even if it becomes popular, you would make little to no money on it.

So, even if your track containing a sample never hits big, there’s still a chance you’ll get in trouble for not clearing the sample.

Let me demystify something else. Just because something (i.e. a piece of content, like a song) is freely available on the internet doesn’t mean you can use it any way you want to. People do this every day on Google Image Search, not realizing that the images they’re downloading and using elsewhere could be copyrighted work. And, one day, someone might come after them with a cease and desist.

Look, don’t be self-righteous. If someone took a piece of content that belonged to you and used it for their benefit (i.e. social media followers and email subscribers) and profit (i.e. money and cryptocurrency) without your permission, you’d be upset, wouldn’t you? Think about how others would feel if you did that to them.

So, if you’re going to sample anything, I would suggest clearing it first.

How To Clear A Sample For Your Song 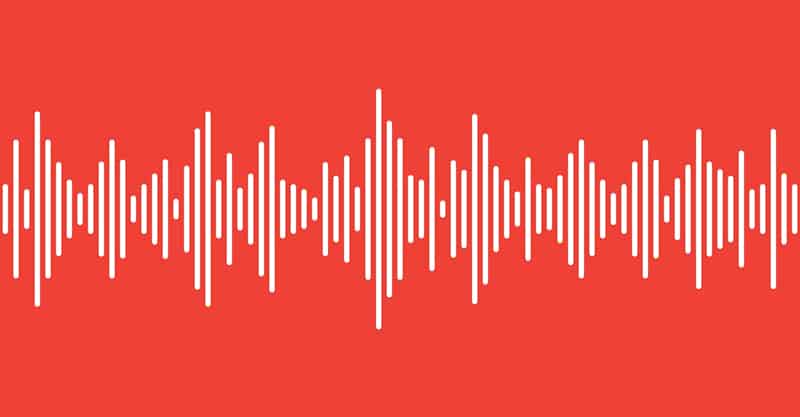 Clearing a sample isn’t that complicated, but there are a few things you should know before getting started.

So, here are the steps you need to take to clear a sample.

You should be aware that there are two types of sample clearance. They are: 1) the master composition, and 2) the sound recording.

What this means is that oftentimes you need to clear the sample with both the publisher and label, though sometimes this can be done in one fell swoop.

What artist and track are you looking to sample? Begin the research process by looking up the artist on all major Performance Rights Organizations (PROs) like ASCAP, BMI and SESAC. Once you find where the track is registered with, you should gain access to important information like the track title, performer, songwriter (or songwriters if there are multiple), and publisher names.

Once you know who the publisher is, you can go and find their website.

2. Getting In Touch With The Publisher Of The Original Song

First, determine exactly who you need to get in touch with to clear a sample. If you can’t find anyone who specifically handles these requests, then just use the relevant contact form, support email or phone number on their website.

This is the information you’ll need to include in your message (or call):

Note: The more relevant information you can provide, the better, as this may speed up the clearance process.

If you are asked to pay an upfront fee, recognize that you can negotiate for a percentage of your royalties. Negotiating shouldn’t be challenging, so long as you can show that there’s something in it for the publisher.

If the publisher isn’t familiar with sampling or electronic music in general, they may treat it like a cover song or mechanical license. This is good to know, since some publishers let you license a song through their website. But this is something you’re going to want to find out either way.

One more tip – find out if they are the sole owner of the song. As I’ve already pointed out, this won’t always be the case, and different companies may own different shares of the song. You may be required to contact both (or all) parties involved to get it all sorted out.

How Much Does It Cost To Clear A Sample? 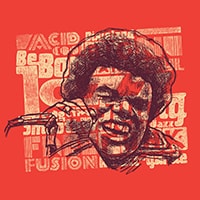 As already noted, this mostly comes down to negotiation.

Some publishers and labels may be less familiar with the process or why you would want to sample a piece of music in the first place. And, of course, others will have done it many times and know exactly what you’re after.

Either they will require an upfront fee, or they’ll ask for royalties. This depends, at least partially, on whether they think they can make money off you.

Regardless of how they approach the deal, recognize that there is room for negotiation.

In general, clearing a sample can be expensive. And, in some cases, publishers and labels may not let you sample the artist’s music at all.

It may be helpful to enlist the help of an entertainment attorney to help you navigate the complexities of clearing the sample. This won’t save you any money, but it could save you time.

Some sources suggest that the main things publishers and labels consider are:

Basically, you won’t know unless you ask. And, it is possible to end up with a more favorable deal.

If you know you’re sitting on a hit, then these costs may seem relatively small. But if you aren’t sure, then sampling could seem more expensive.

How Long Does It Take To Clear A Sample?

This can vary a lot.

It depends, at least partially, on the information you’ve provided to the publisher.

Another major factor is whether the artist agrees to letting you use the sample in your music. It is typical for artists to sign off on the use of samples. So, if they happen to be touring or working on a new album, don’t expect to hear back right away.

On the upside, clearing a track can sometimes occur in a matter of weeks. Just don’t count it.

Even when a sample is cleared, it doesn’t automatically mean you’ve been given permission to use it worldwide or allow users to stream or buy it on any platform. So, it’s crucial that you take some time to understand the terms.

Imagine your track hitting it big. If there are any restrictions stopping you from getting picked up by a label or working with a production company, you may end up having to step away from the deal. There could be restrictions with licensing and placement deals as well.

Ideally, you want to get the sample(s) cleared for all uses across the world.

Pro Tip: Plan For Your Release

Don’t wait until the last minute to deal with legal matters.

Clearing your samples should be done as early as possible.

That way, there’s a better chance you’ll be able to release your new project at a time of your choosing. If you promised your fans that you would deliver your album by a certain date and can’t make good on your promise, guess who looks bad?

Recognize that there’s a lot that can go wrong. You may conclude that sampling a certain artist’s works would be too expensive. You may wait a long time only to be told that the sample can’t be cleared for use.

So, don’t count on the ability to use certain samples in your tracks. Don’t build all your music around samples, either. Have a backup plan.

Pro Tip: Always Be Prepared To Consider Alternatives If You Can’t Clear The Needed Sample 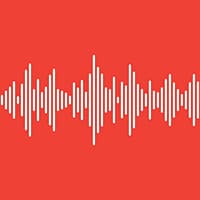 As you’ve already seen, clearing a sample can sometimes be a lengthy, difficult and costly process. It can hold back your release, promotional and touring schedule. It can make it difficult to deliver on your promises, which could hurt your reputation with your fans and any other connections you may have with promoters, vendors, media, industry and so on.

It’s important to consider whether a sample is essential to your music and its ultimate success. You’re an artist, and that being the case, you should be able to come up with innovative and inventive musical ideas all on your own.

Now, I know how easy it can be to become obsessed with a piece of music.

You might listen to a track and say to yourself:

“Wow, that sounds so cool! I could never make anything as brilliant as that.”

“That beat would be dope to spit some rhymes over.”

But again, you are creative. So, if there’s something in you saying, “I could never make a beat that cool”, you probably have a lot of growing to do. That’s a good thing – it just means that there’s room for you to improve.

Making your own beats makes for good practice. It can even speed up and enhance your creative process since you’re tapping into your own creative reserves instead of relying on others.

I’m not saying you should never use samples. Plenty of artists and producers do. And, using something recognizable can be a good way to connect with an audience. That can stir up some controversy too, mind you (no comment on whether that’s a good thing).

But if all else fails, consider recreating the sample or coming up with a musical idea that could work in its place. As I’ve already shared, it’s never a bad idea to have a backup plan in case things don’t go as planned.

How To Clear A Sample In A Song Or Mixtape, Conclusion

Clearing a sample is more straightforward than ever. That doesn’t mean there won’t be a cost. And, there are plenty of situations where it will prove preferable to create your own beats and musical ideas.

But if a sample is what you want, then commit to doing whatever it takes to get clearance.