You are here: Home / Making Money From Music / How Much Do Songwriters Make Per Song, Per Stream & In Other Situations? 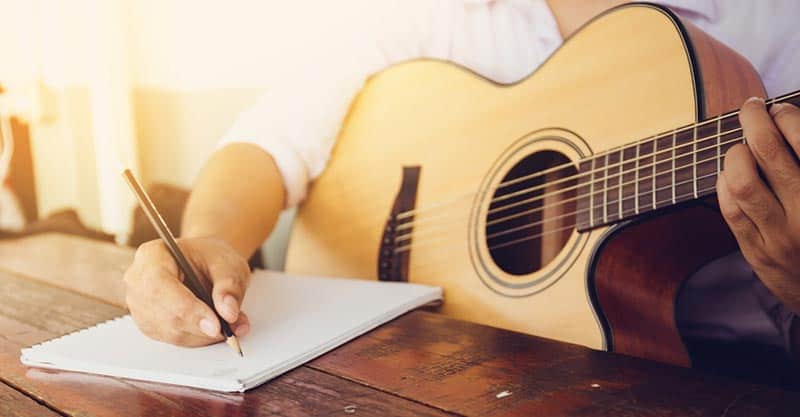 Nobody started writing songs because they wanted to make money, but that doesn’t mean it can’t happen!

There is a large infrastructure in place designed to collect royalties for songwriters and there are publishing companies that exist solely to make money off of songwriters and to help them make more money.

Some songwriters are in bands, some just do it for fun, others release their own music, others still write professionally and write for other artists, for movies, for film, etc.

In this guide, we want to help you understand what songwriters make on a per spin, per stream, per license basis.

Mechanical royalties are one of a few primary revenue streams for songwriters.

Thus, the mechanical royalty was invented, for whenever a reproduction of a sound recording is manufactured or sold.

These royalties are paid out by record companies or companies doing the manufacturing/reproducing.

There are various kinds of mechanical royalties, especially in the age of digital downloads and streaming.

Selling a CD is one thing (selling a digital copy of an album is similar to selling a CD) and streaming is another thing entirely because it generates its own mechanical royalty.

This is because streaming is akin to owning the recording – you can fast forward, pause, skip and play it any time. This makes it different from radio play (or internet radio play), where you have no control over the music.

So, how much do songwriters make on their mechanicals? Well, it varies, but it can certainly add up!

Songwriters are guaranteed a royalty from every unit sold (CDs, vinyl, cassette, etc.).

These royalties are paid out differently in different countries, but in the U.S., they come out to $0.091 per reproduction of the song – nine cents every time a song is reproduced/sold.

In other countries, the royalty is paid out at 8 to 10% of the value of the recording.

What does this equate to?

Take the song “Pumped Up Kicks” – a huge hit for Foster The People. The track sold 3.8 million copies and the album itself sold 671,000 copies.

The frontman of the band Nate Foster has the sole writing credit on the song, so he collects every penny of the mechanical royalties, which would come out to around $406,861.

And that’s just the mechanicals. There are other ways that song was making money – it received a ton of radio play and was licensed on TV shows like Entourage, Gossip Girl and The Vampire Diaries, which added to Foster and the band’s earnings.

iTunes, Amazon, Google Rhapsody, Xbox Music, all generate and pay these royalties to songwriters whenever a song is downloaded.

Streaming mechanical royalties are generated from the same Reproduction and Distribution copyrights, but are paid differently.

They are generated any time a song is streamed through a service that allows users to pause, play, skip, download, etc.

In the U.S. (and globally for the most part) the royalty rate is 10.5% of the company’s gross revenue minus the cost of public performance.

An easier way to say this, is that it generally comes out to around $0.005 per stream. Less than a cent!

Of course, this can still add up. I have a song on Spotify with over 250,000 streams, which has generated around $1,250 in royalties. These are split three ways, as there are three writers on the song.

While the paycheck doesn’t appear to match how much people are playing the song, it’s still nice to get $420 from a song I’ve finished, paid for, and released!

How Much Do Songwriters Make From Public Performance Royalties 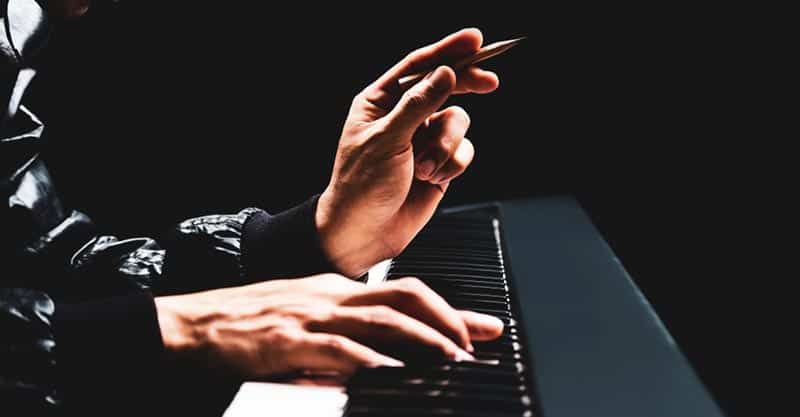 Basically, a royalty is generated any time your song is played publicly anywhere.

That means they are generated at live shows, when someone covers your song at a live show, on AM and FM radio, network television, cable, airplanes, stores, bars, restaurants – wherever music is played to a substantial amount of people and is open to the public.

The rates for these royalties vary, and there is no standard rate. They are negotiated between Performance Rights Organizations and the songwriters and whoever is paying the royalties.

Royalty rates vary, but it is usually up to $5 per spin.

More often than not, songs that end up on terrestrial radio are written by more than one person, so that royalty gets split a few ways.

If you’ve got a hit on your hands, you can make a great deal of money. If your song is in rotation, it will be getting played at least twice a day for a month or more. A few of those and you should be making good money!

Satellite radio can pay up to $35 per spin – huge!

I have a few friends who secured rotation on satellite radio, often at a rate of a spin per day. A spin per day for a month or two can pay your entire rent while your song’s getting played!

Government funded radio stations like BBC, CBC and NPR all pay more in royalties because of their funding and the way their royalties have been negotiated.

Royalty rates will vary station by station, depending on whether the station is local, national, online, etc.

CBC (Canada’s national broadcaster) is similar, coming in around $35 to $40 per national spin, and around half that for local spins. 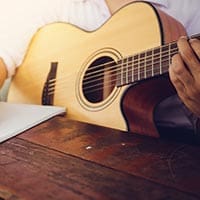 Independent radio stations are less and less common these days, but they certainly exist.

Canada’s premier indie station is Indie88 in Toronto. They negotiated their royalty rates directly with Canada’s PRO, SOCAN, based on the fact that they would be playing 40% Canadian content, and 60% of the Canadian content would be emerging artists.

With a mandate like that to promote Canadian music and to support emerging artists, SOCAN lowered their royalty rate to around $1.35 per spin.

All in all, that’s still a great rate when compared with $0.005 on Spotify spins, and the cred/exposure that comes with those spins are worth far more than the royalties.

College radio is both collected and negotiated differently.

Because college radio programming is all over the map (every DJ is programming a unique show), it’s harder to keep track of who is getting played.

College stations will sometimes submit their playlists to PROs, but most of the reporting on college spins comes from PROs listening in on College stations for a few days at a time every year.

The songs getting played are recorded. PROs then take that data and extrapolate it to approximate how many times those songs got played, and then artists get paid.

Spins on college radio in the U.S. are guaranteed to earn at least $0.06 per spin, but can earn much more than that as well, depending on the station, the show and how many people are listening.

Lastly, live performance royalties are generated whenever your song is played live at a show.

What many artists don’t realize is that you generate royalties for yourself even when you play your own show.

In Canada, you can earn an extra $80 to $120 per show based on where you’re playing and what your set list looks like.

You can do this in any country by submitting your set lists as well as a record of your show to your PRO.

Then, these royalties are shown on your next quarterly report, and you’ll get a check/direct deposit!

Another major revenue source for songwriters is licensing.

For a song to be used in a commercial, TV show or movie, it has to be licensed.

A license for the use of that song is issued at a rate that is negotiated between the artist (usually the artist’s publisher) and whoever is trying to license the song.

How much the license is worth depends entirely on the circumstances.

If your song is licensed to be placed in a super high-budget movie/commercial that millions will see, you can expect a handsome licensing fee.

Even among peers of mine, I have seen licensing fees for commercials between $15,000-$70,000. I know for a fact that a licensing fee can be even more than that!

Licensing can be a huge revenue stream for songwriters, especially once they’ve had a bit of success with licensing. If you get one song licensed, music directors are more likely to come back and ask for more.

Publishing Deals, And How Much They Can Make A Song Writer 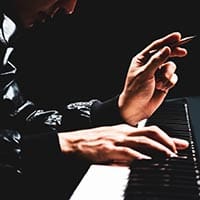 How it works is that you trade a percentage of your publishing royalties to have a publishing company pay you a small salary.

The publishing company will then set you up with writing sessions, send you briefs for movies and TV and then work to pitch your songs.

The salary you are being paid on a publishing deal can range widely depending on who you are, but it’s often around $1,000/month. Just enough to give you time to write and work.

The catch is, that when you finally land a song that earns royalties, the publishing company will usually need to recoup the money they’ve paid you before you start seeing the royalties from your song.

Let’s look at what a publishing deal can entail:

Your publisher will want you to churn out songs. The more songs you write, the better chance you have of scoring a licensing deal or a cut on somebody’s record.

Often, these writing sessions are with an artist who is looking to write new material. Writing with a professional songwriter allows them to focus on writing for specific reasons and allows them to get an outside perspective.

This can be a win for everyone: the artist gets a great song and probably a free demo, the songwriter gets a cut on the artist’s record and earns royalties from it, and the publishing company takes a cut.

Writers will receive these briefs, write a song, record a demo, and then their publishing company will pitch it to the music director who issued the brief.

Sometimes, artists will tell their publishing company they are looking to be pitched new songs.

Publishers will come back with a bunch of demos for them to listen to, and they’ll also ask certain writers to write with that artist in mind.

Writers will also work to write songs for radio they can add to their catalog. These songs are sent to their publishers so that they can be pitched to artists and other opportunities.

As a final note, I wanted to make sure that everyone was clear on one thing: you must register your songs to earn royalties.

Registering songs is not hard. You must sign up with a Performing Rights Organization (BMI, ASCAP, Harry Fox, SOCAN, etc.) and enter the name of the song and who wrote it.

These agencies will then collect the royalties for the song on your behalf, and that’s all there is to it.