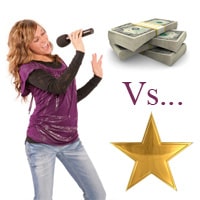 Fact: The things which get your name out there as a musician won’t always be the same things which make you the most money. In fact, they often aren’t!

Most musicians are knowingly or unknowingly going down one of these two paths. With that in mind, today I want to ask you, do you know which one you’re on? If not, this guide should help you figure that out, and get you back on the right track if you’re heading in the wrong direction.

The question of ‘money vs fame’ came up when I was putting together some training with Ches Christian. Now, Ches isn’t famous. Ask someone with a average knowledge of music who he is, and chances are they wouldn’t know. That said, he earns a full time living from his music related activities, can support his family, has done hundreds of gigs and more.

The reason for this is simple: he has focused his efforts on activities which bring in income. While getting his name out there and building a fanbase is part of what he does, most of his efforts go into generating a livable wage.

Neither of these outcomes is right or wrong. Apart from loving what they do, some musicians are in the music industry to get famous (or at least well known in a certain target market they have chosen). Others are in it to make money, with getting known coming in as a secondary aim.

In this guide we’ll be looking at some activities you can do to achieve each of these goals, so read on to the end for all the info.

So, what is it you really want to achieve from music? Is it ‘fame’, or is it money?

Now I know most people probably want both, and that’s understandable. But if you simply had to pick one of these aims to invest 75+% of your time into achieving, which one would it be?

I want you to have a serious think about this, as this will have a big affect on how you manage and promote the rest of your music career. Yes you could work on gaining money and exposure 50/50, but it’s often best to work hard on achieving just one first and foremost. You can always work on catching the other up once you’re hitting your main goals and things are more stable.

Once you’ve determined what you mainly want to work towards, we can move on. Next I want to look at some of the activities you should be doing, depending on what you’re aiming to achieve from your career in music.

Activities Which Will Increase Your Money From Music 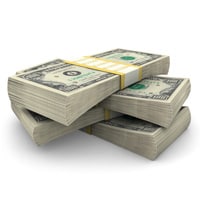 First off, let’s look at some of the things you could do to make more money from your music career. There are many other things which you can do as well as these, but these serve as some good examples:

Gigging is one of those activities you can do which you can monetize in a number of ways. Not only can you get paid directly for performing, but you can also earn royalties from your shows, sell merchandise, and sell digital downloads or CDs. I’ve looked at how you could make more CD sales at gigs a long time ago. While CD sales aren’t what they once was in many genres, the core selling strategies behind it are still relevant.

If you’re not already gigging, I suggest you get on the case! As well as traditional gigging, think outside the box too. Playing the school market, old people’s homes, and busking can all make money too.

Another way to make money from your music is by offering your talents for other people to use. There’s demand for people with musical talent when you know where to look, and you can charge people to fill that need for them. There are jobs for backing singers, hype men, studio musicians, voice over artists, skit creators and the like. All of these things pay, and when combined with other methods can form a full time wage.

While there is some competition in this area, if you know where to look and set yourself apart, there is some worthwhile money to be made doing these jobs.

Another thing you can do to make money from music is *drum roll* selling your music! While this may sound obvious, unfortunately I come across way to many websites of musicians who haven’t got their music up for sale.

While online sales aren’t what they once were, every little bit counts. If you drive enough fans to your website, some will end up buying something. It’s just the way it is.

If you don’t offer songs (and possibly also merchandise) to buy on your site, you’re losing out on money. Don’t make this mistake.

Another good way to make money from music is to teach what you’ve learned to others. Do you have good singing technique? Can you relay key messages and make it as easy as possible for others to learn? If so, teaching could be for you. The same theory applies with music production.

While not as many people are looking for rap lessons, you can still offer them if your name holds enough weight. Some schools and youth clubs also hire people to teach rap, so you can make money that way.

You can earn money through teaching private face to face lessons, by getting a job in a schools, over Skype, or via a online video course you create.

Teaching is one of the main sources of income for many musicians, so it should definitely be something you think about.

Activities Which Will Increase Your Fame From Music 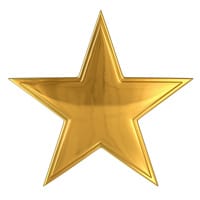 So what if it’s your main aim to get well known as a musician? Then different activities are required! Here are some ways in which you can increase your fanbase. Again, this isn’t a complete list, but it should give you a good starting point:

Collaborating With People Bigger Than You.

One of the best ways to get your name out there is to collaborate with acts who already have some kind of fan base. This will allow you to get in front of their audience, as even if they don’t showcase the song to their fanbase (most people will), you can always use it to rank for their name on Youtube and in search engines. Then when people search for them online, there’s a good chance they’ll come across you too.

When people hear you collaborating and popping up on all different songs in your niche, they’ll start to associate you with that kind of music. This leads to more word of mouth promotion and buzz around your name.

Another way to get your name out there is appearing on platforms (social sites, websites, podcasts, TV channels, radio stations etc) which already have a following. If it has a big following, perfect, that has obvious benefits. If however the following is reasonably small, you can still use the recording of your performance / interview etc as footage for your site, as well as use that platform’s logo in a ‘as seen on’ logo. Even if you perform on 10 platforms not many people know about, when you display all those logos together, it’ll show you’ve been doing things and might be worth checking out. It’ll also make it that bit easier for you to get on slightly bigger platforms. You can then repeat the same steps to get on the next level of platform.

Creating Your Own Platform.

Creating your own platform is helpful for both building up your name, as well as making you more money.

The idea is to create your own website or podcast which you can use to reach people in your genre. It can also add credibility to your name. Make your platform music related, and help other people out by covering them on your show or site. This will lead to more people talking about you in turn, sharing your content, and doing things to help you in exchange. You can also make money from this via advertising, selling relevant products and the like.

Depending on whether your aims are to make money from music or increase your level of fame, you should be doing different things. If you’re aiming to build up your fanbase, you shouldn’t be teaching, as this isn’t going to get your name out there very much. It will however increase your income though. Similarly, if you’ve looking to make a livable income from your music, appearing on a few pirate or internet radio stations isn’t going to do much in terms of income. It will help get your name out there more though.

So that’s it for now, if you found this guide useful please share it around. 🙂