Today we're going to look at how to make money as a rapper. As strange as it might sound, different rules can apply to different styles of music.

For instance, where I live in Calgary, Alberta, country gigs tend to pay a lot more than rock gigs. I know this from personal experience, as well as talking to fellow guitarists.

You can easily earn four times as much per gig if you're playing country.

The rap space is one where unique rules certainly can apply. When you have artists like Jay Z starting up their own streaming platforms and clothing lines, it’s not hard to see that revenue streams can be varied and diverse.

But it’s also fair to say Jay Z is the exception and not the rule. Not every rapper has – or will have – so many ventures and revenue streams to draw from.

You need capital to start a business, and you must have the smarts to run it or put the right people in place to run it for you if you want it to be successful. So, how do rappers make money?

The decline of album sales is something you’re surely aware of, even if you aren’t actively selling CDs or digital copies of your album.

But it can still prove to be an important revenue stream for rappers, even if touring is where the real money is made (by the way, I don’t entirely agree with this sentiment, but for now I’ll let it stand).

In an article on Doolid, it points out that the best-selling hip hop albums in 2013 averaged 304,400 units, with Kendrick Lamar’s Good Kid Maad City coming out on top at 746,000 units.

Much of it goes towards the label, distributor, manufacturer, retailer, and studio or production costs. We’ll be generous and say they get to keep 10% (you’d better have an incredible contract), so that’s $456,600.

That’s not a figure to sneeze at, obviously, but if you’re pulling five million and keeping half a million, you’re probably not feeling like a superstar about that. It is, however, the cost of being a signed artist.

What about independents? Well, I’m not sure how many albums independent rappers sell, but I know it can be tough enough just moving 1,000 units as an independent artist in any genre.

CD printing and replication, as well as distribution and studio production costs can add up. Independents must work towards a “breakeven” point before their album project begins to generate profit.

Graphic design and studio production could easily cost another $2,000. So, with your expenses at $3,600, you would need to sell 360 units just to break even.

As an independent, as a general rule of thumb, you’ll move fewer units than a signed artist, but keep a larger percentage of the revenue. I’m not saying it’s impossible to sell a lot of albums as an independent, but that’s not generally how it works.

How To Earn Money As A Rapper With Tours

Everywhere I look, people are saying tours are where the real money is made in the music industry.

True, concert attendance and participation is up. But we live in a time when even the tours of mainstream artists can bomb and backfire.

And, when it comes to performing as an independent artist, it could prove hard enough to break even let alone make money (but more on that in a moment).

The Doolid article I mentioned earlier notes that the average concert attendance in 2013 was 9,109 people.

As with recording and selling music, however, there are certain costs associated with performing. You’re not going to be keeping 100% of what you make in ticket sales.

Expenses include: Food and drink, gas, lodging, equipment, transportation, road crew, rental, and more. Depending on your record contract, your label is probably keeping a sizable slice of the pie too.

These figures are probably slightly unrealistic, but they do give you a ballpark idea of how much a mainstream rapper stands to make on tour.

What about independent rappers? Again, I find it difficult to attract 50 or 60 people to a show on any given night. But we’ll be generous and say you’re able to bring out 55 people to every show you play.

This is where things can get a little confusing. Venues don’t always pay independent artists, and even when they do, the amount they pay is variable.

There are no standard rates. Shows can get cancelled, organizers can pull the plug, a blown tire can inhibit your ability to get to the next venue on time (it happens every tour), and soon you find yourself making less than originally projected.

Again, independent artists have many of the same expenses mainstream ones do, so your earning power is going to be limited. As with album sales, we’ll say you keep 60% of the revenue, so your net earnings would be a whopping $26,400.

That might be an okay amount for a solo artist to earn, but not great if you’re splitting it between two other rappers and a DJ, for example.

And, I know I’m repeating myself, but since you’re not guaranteed merch sales, a base rate guarantee, or even ticket sales, you might play shows where you don’t make a cent or even lose money. Breaking even on tour can be difficult enough as an independent.

How Does Chance The Rapper Make Money?

There’s an article on DJBooth called “Chance The Rapper Breaks Down His Revenue Streams”.

As you may already know, Chance gives away his music instead of selling it, so he certainly makes for an interesting case study.

So, how does he make any money without selling his music? He says, very plainly, that his primary revenue stream is merchandise. Surprised?

As I pointed out earlier, the “bread and butter” revenue streams apply to rappers as much as they do to any other artist in a given genre – album sales, touring, and merchandise.

What does Chance sell? Pretty much everything – hats, t-shirts, patches, lighters, posters, stickers, and more.

Chance says he’s also had some success with his VIP packages, including concert tickets and meet-and-greets.

It helps that Chance has done something special with his branding. He stands for the DIY musician, and a lot of people see no problem investing in their favorite artist who won’t just treat them like a herd of sheep.

How Does Rich The Kid Make Money?

There’s an article on Forbes titled “Rising Star Rich The Kid Explains How To Make Money As A Rapper”. It was published in early 2016.

He notes that one of his major sources of income is appearing on other people’s recordings. The commissions he earns from featuring on an up-and-coming artist’s song can be as much as $10,000 to $15,000.

Rich The Kid is a hard worker, appearing on as many recordings as he possibly can. He built his fame the old-fashioned way – through hard work.

Do Rappers Make Money In Other Ways?

The short answer is “yes”. The longer answer is that artists can leverage dozens of revenue streams if they’re hardworking, smart, and aware of the opportunities available.

Here are several categories to think about:

Facts Are Hard To Find

While the above is very accurate, if you do a bit of your own digging, I think you’ll come to the same conclusion I did: that it’s hard to find hard stats and figures connected to how rappers make money.

Still, I did come across a couple of interesting findings regarding how rappers are making money (in addition to what I already knew) so I hope the above is helpful. If it is please share.

For most rappers, starting their own enterprise, clothing line, fragrance, or other venture may prove out of reach.

Not that you can’t if you have the determination to do it, but artists usually branch out into other endeavors after succeeding in one arena, instead of the other way around. And, even then, success is not assured.

If you’re serious about making it as a rapper, you should focus on building your fan base and email list, making great music to sell and promote, touring as far and wide as you can, and selling great merchandise along the way.

The formula for success is persistence and hard work. It’s simple, but it isn’t easy.

It is possible to make a lot of money as a rapper. But there aren’t a lot of rappers who make it to the top, and even if they do, they don’t necessarily stay at the top for long.

Getting discovered and signed is unlikely. Keeping a larger slice of the pie as an independent may be one of the more viable opportunities available to aspiring rappers today.

That's how to make money as a rapper.

OK, so I know the music industry can be expensive to get involved in. While we often look for free ways to do the things we need to do, some things are simply not possible to skimp on. Some of these things are studio time, any needed instruments, distributing and promoting your music, etc. So…

If you’ve been reading Music Industry How To for even a few months, chances are you know it’s possible to make a full time income as an independent musician. I’ve previously shown you 5 musicians earning a full time income and how they’ve gone about doing that, and given plenty of tips on how you… 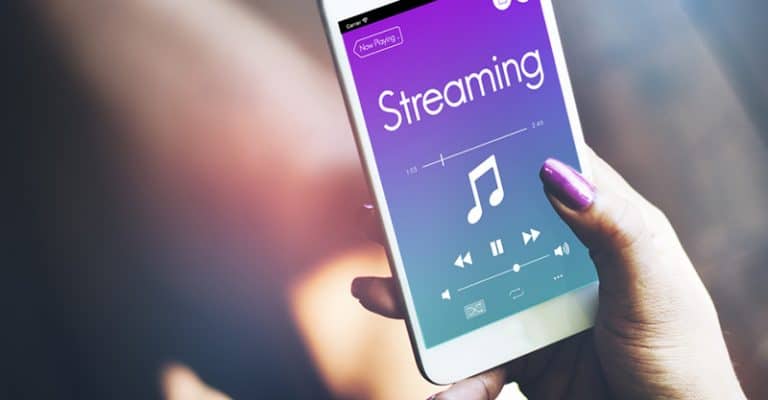 Consumers love it. Musicians hate it. What is it? Music streaming. Okay, to be fair, that’s a vast generalization. But you will find that most music fans enjoy music streaming because it’s convenient, and it’s either free or low-cost. Some artists, on the other hand, have expressed disdain for it because it pays very little….

Today we’re going to look at crowdfunding for musicians and music industry professionals. By now you’re probably familiar with the term crowdfunding, and may even know of companies like KickStarter, Indiegogo, GoFundme, and other fund raising platforms. Their popularity is increasing as they provide a real way to raise the money you need to do…