You can’t have love without a little bit of kissing! Country singers enjoy writing love songs, so it’s no surprise that there are quite a few country songs about kissing.

Read on, and we’ll give you the best smoochy country songs to add to your playlist.

Lady A, formerly known as Lady Antebellum, released “Just a Kiss” as the lead single off their album, Own the Night. Upon its release, it topped the country charts.

The song is a slow love ballad with tender, romantic lyrics. The lyrics discuss the emotions around kissing someone with whom you’re falling in love.The song and its lyrics are a charming representation of being young and in love.

Because of its slower tempo and romantic lyrics, this song is a perfect choice for the first dance at a wedding or a slow dance at a high school prom.

“This Kiss” by Faith Hill

Faith Hill released “This Kiss” as a single from her album, Faith. The song was featured in the movie Practical Magic which was released the same year as the song.

“This Kiss” is upbeat and fun, much like the songs featured in the romantic comedies of the late 1990s and early 2000s. It’s the perfect song to sing into your hairbrush at a sleepover.

The lyrics are simple and discuss the excitement over kissing someone you really like. It’s catchy, cheerful, and sure to get stuck in your head.

“You Shouldn’t Kiss Me Like This” by Toby Keith

“You Shouldn’t Kiss Me Like This” is a single from Toby Keith’s album, How Do You Like Me Now?! This song is one of the quintessential songs about falling in love with your best friend, so it makes sense that it topped the country charts when it was released.

The lyrics discuss the confusion and excitement of realizing you have feelings for a close friend. It’s the perfect song for a slow dance, especially if you also fell in love with your best friend like the subject of the song.

“Are You Gonna Kiss Me Or Not” by Thompson Square

“Are You Gonna Kiss Me Or Not” is a single from Thompson Square’s debut album. The song performed well on the charts and was even Grammy-nominated in two categories.

The song tells the story of a couple’s romance, from their first kiss to their wedding day. It’s sweet and slow, and perfect for any romantic moment, like an engagement or a wedding day.

This one is considered an “oldie,” but it has stayed popular throughout the decades for good reason. Pride is one of the greats of country music, and this song is one of his most well-known. In fact, it’s often considered one of the greatest country songs of the 1970s.

The song is from Pride’s album, Charley Pride Sings Heart Songs. Through the song’s lyrics, Pride discusses that being with the love of his life and getting to kiss her makes him extremely happy and fulfilled in his life.

Listening to this song, you can’t help but smile. Who wouldn’t want a love like the kind Charley Pride describes?

“Passionate Kisses” is Mary Chapin Carpenter’s cover of Lucinda Williams’s song. Carpenter released the song as a single from her album Come On Come On.

In the lyrics, Carpenter talks about what she believes she deserves in life, including a bed, house, and of course, as the title alludes, passionate kisses. What more could a person want, after all?

“Shut Up and Kiss Me” by Mary Chapin Carpenter

We couldn’t include just one Mary Chapin Carpenter song on this list. Unlike the last Carpenter song, this one isn’t a cover. The song lyrics are also different than “Passionate Kisses” as they talk about getting over your nerves and just kissing someone.

The joy-filled lyrics and energetic beat of the song make it perfect to belt out in the car or lift your mood during a rough day.

The song was a part of the album Stones in the Road. It was a chart-topper and even won a Grammy award, cementing it as one of the best country songs about kissing.

“Kiss This” by Aaron Tippin

“Kiss This” is a chart-topping hit by Aaron Tippin from his album, People Like Us. Unlike many of the other songs on this list, this song isn’t a romantic love song. “Kiss This” is an upbeat revenge song.

The lyrics tell the story of a woman who discovered her partner was cheating on her. After she finds out about her cheating partner, she goes to the bar to confront him. It’s a different kind of kissing song, as it’s not sweet and romantic, but it’s still fun to listen to.

Although this song wasn’t a single on Swift’s album, Speak Now, we couldn’t help but include it, as it has become a fan favorite over the years. This song is an emotional heartbreak song.

In the song, Swift reminisces about an old relationship. She details her feelings of heartbreak and remembers her last kiss with the person she was with, as she thought the relationship would last forever.

“Kiss a Girl” by Keith Urban

In “Kiss a Girl,” from his album Defying Gravity, Keith Urban expresses his desire to have a new relationship and kiss someone after getting his heart broken. Keith Urban is one of the most popular country artists, and this song remains one of his most famous.

The song is upbeat, fun, and has a rock feel in typical Keith Urban fashion. If you need a little confidence boost before going out on the town, this song may be exactly what you need.

“Kiss You Tonight” by David Nail

David Nail recorded the emotional ballad, “Kiss You Tonight” for his album I’m a Fire. The song is romantic but slightly sad, as it deals with the feeling of missing someone you love.

The lyrics discuss missing a former partner and wondering what would happen if you reconciled with them. The song has a lot of heart and makes you feel sorry for the subject, who is remorseful about their past mistakes.

Randy Houser released his single “Goodnight Kiss” from his album How Country Feels. It’s a love song about wanting to cancel your plans to be with someone and, of course, kiss them.

The lyrics discuss all the things the couple in the song had planned for the night and then mention that they could cancel the plans to just spend time together. It’s a very charming song about wanting to spend time with your honey and forget all responsibility.

This song is very different from all the others on this list, as it’s not about a romantic relationship. This sweet song is about the love between a father and a daughter. It’s used for father-daughter dances at weddings and schools because it conveys this special bond.

Carlisle featured the song on his album, Simply Bob Carlisle. The lyrics describe a girl growing up, from when she was little to her wedding day, through her father’s eyes. It’s a tear-jerker whenever it’s played at an event.

“Let’s Kiss and Make Up” by Shania Twain

Twain sings this song from the perspective of a person in a relationship. The person has been fighting with their partner and wants the disagreement to end. The person would rather they just kiss and let go of the argument.

“Kiss You in the Morning” by Michael Ray

“Kiss You in the Morning” was Michael Ray’s first single. The song is from his first album, Michael Ray. The quick tempo makes the song exciting and fun and would be a great addition to a party or as entertainment while driving down the highway.

“Kiss Somebody” by Morgan Evans

“Kiss Somebody” by Morgan Evans is a song about healing a broken heart by kissing someone else. At the end of the song, he hints that the person he’s singing to should kiss him.

The song was part of Evans’s album, Things That We Drink To. It was the first single from this album. The song has a cheerful beat and is easy to dance to, which is why we’ve featured it on this list.

“When You Kiss Me” by Shania Twain

Just like Mary Chapin Carpenter, Shania Twain is just too good to list only once. Twain has been in the business a long time and still makes music and performs today, so it’s no surprise she has released more than one song about kissing.

This particular song is from Twain’s album Up! and is about realizing you’re in love because of how you feel when the person you’re in love with kisses you. The song is sweet and romantic, making it the perfect song to end this list.

Country music is known as a romantic genre of music, so it’s no surprise that there would be quite a few country songs about kissing.

Not all of these songs were romantic, though. There are a variety of emotions associated with a smooch, including sadness and betrayal, so we’ve given you examples that fit any mood.

We hope you have a few new songs to add to your playlist! 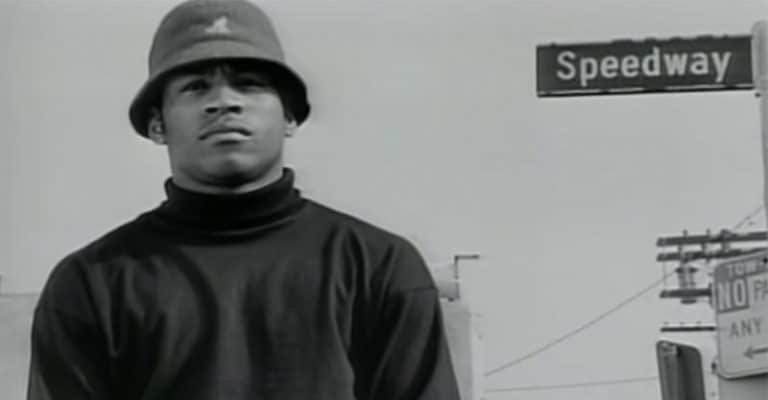 Los Angeles is one of the best music cities in the U.S. and many people move there hoping to make their dreams of fortune and fame a reality. It isn’t just musicians either. It’s a melting pot of talent, from models and actors to photographers and scriptwriters. L.A. is just one smaller part of California,… 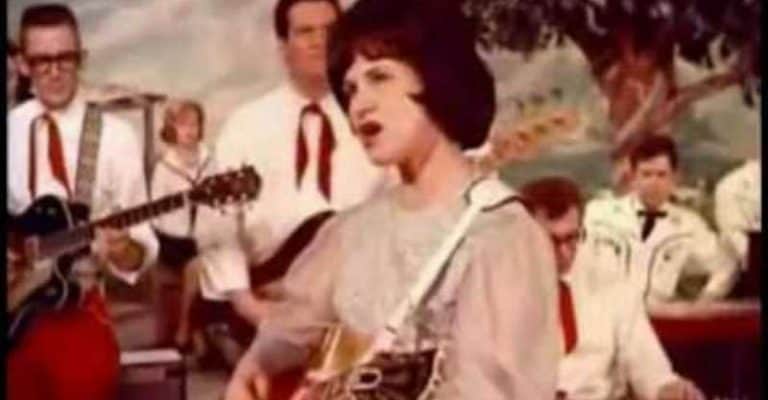 When we think of music from the 1950s, most of us think about rock and roll. That is the image given whenever the era is depicted in the movies. Sock hops, hula hoops, and poodle skirts were everywhere. But that’s not all the 1950s were. It was also a revolutionary time in country music. Artists… 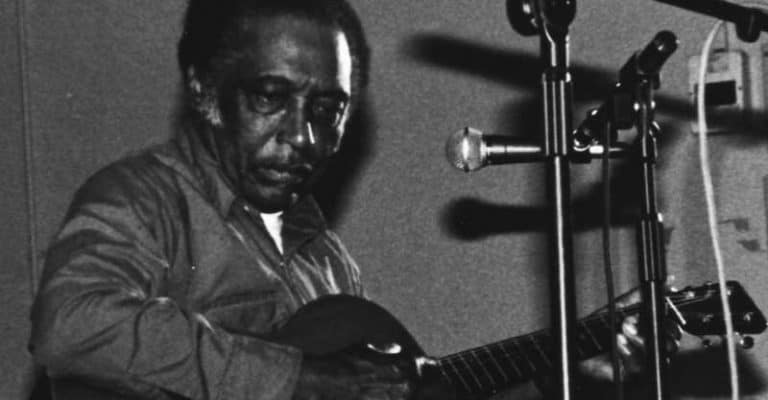 Most people associate blues music with a guitarist with a harmonica in a dingy bar, singing about being down on his luck. That’s one example; however, the original country blues branched out into dozens of subcategories with a mix of textures, instrumentation, and lyrical ideas. Read on to learn about the types of blues music… 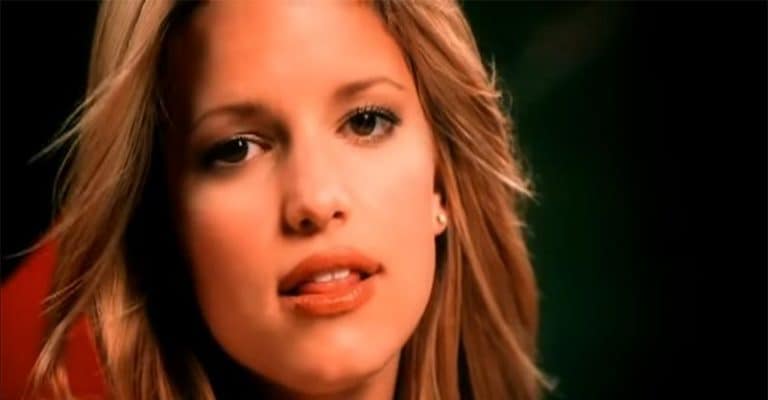 You love him. You can’t wait to be around him. He’s surprised and delighted you on countless occasions. He’s your boyfriend. Sometimes, you can barely express your feelings – it’s hard to put them into words. That’s okay, because we’ve always got music. Here are the 29 best songs to dedicate to your boyfriend. “Kiss… 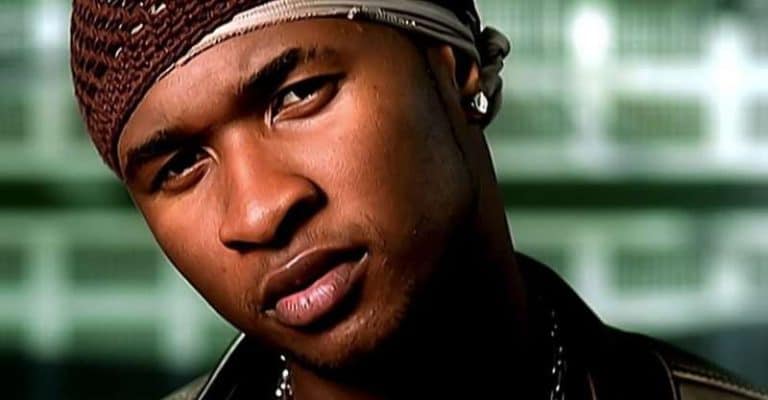 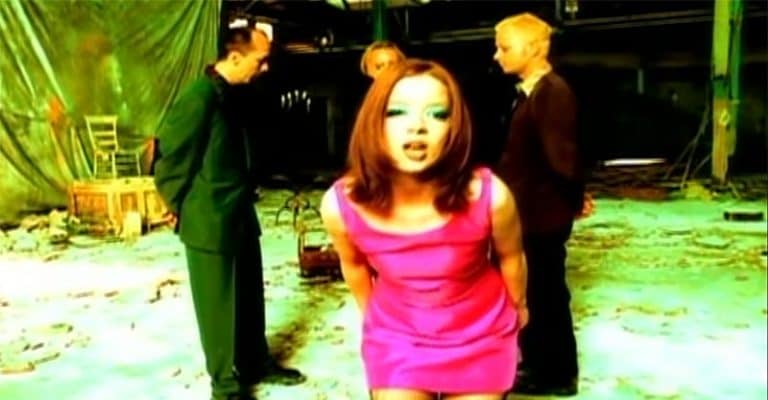 Rain has been one of my favorite things, ever since I was child. In that sense, I might be the odd one out. Most people like “nice” weather, which generally means sunny. The term “rain”, in music, is often used to describe difficult times, whether it’s “it never rains but it pours” or “walking through…