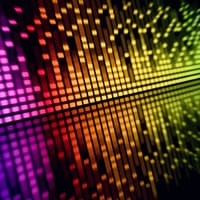 Today I’m going to look at some of the best cheap music production software on the market, and look at whether or not it’s worth your time getting. From the beginning though, I want to let you know that Dubturbo* is easily the best option if you’re looking to start making beats on a budget. I’ll look at why this is and other things during the course of this guide, so if you’re a beginner music producer, make sure you read on till the end.

P.S. If you find this guide useful, please share it on your favorite social networking sites.

What Is The Best Cheap Music Production Software?

When it comes to getting a music production program on a budget, none come close to Dubturbo. It’s under $40 to buy, and is everything you need to start making beats from home (Providing you have a computer to run it on of course). If you ask me, this is the best and cheapest way to start with producing music.

So, why is Dubturbo the software of choice for beginner producers? Simple, because it can help you produce professional sounding beats without you having to pay a fortune. It comes with a load of sounds and samples to make songs with, and you can add your own sounds to the program at any time you want. Usually with other cheap music production software you’re stuck with the default sounds that they have when you buy it, but not here.

As well as being able to import your own sounds, if you want a load more samples as quickly as possible, you can always upgrade and choose to buy their extra sounds. This isn’t essential, but you may want to do this once you get the hang of producing and want to give yourself a bigger choice of sounds.

As well as being able to upload your own samples, another selling point is the quality of the final beats you will make. It’s important that you can export your finished songs as a WAV file, and Dub Turbo allows you to do just that.

WAV files are of a better quality them MP3 files, so if you want the best sounding beat you can get, this is an essential feature to have. After all, there’s no point getting cheap beat making software if it’ll give you a poor quality beat at the end.

As well as these two stand out points, Dubturbo has pretty much all the features you’ll need when it comes to producing music. It has multiple tracks, is well laid out, and it’s easy to use. Overall this is some very good music production software for the price, and I highly recommend it if you want a cheap solution. 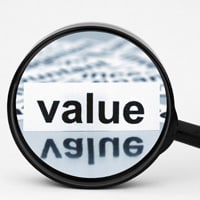 While some people would recommend aspiring producers to go and buy expensive music software like Cuebase right away, I totally disagree. What many people fail to realize, is that many up and coming producers are still new to the game. They may like the idea of producing music, but want to experiment with it a bit more before they decide how much of a serious producer they’re going to be.

Imaging spending hundreds of dollars on Cuebase or Reason, only to realize being a music producer isn’t what you want to be. Is that few hundred dollar investment still going to feel like it’s worth it? I don’t think so!

It’s because of this that I recommend anyone new to making rap beats, r&b beats, rock beats, or any other kinds of instrumentals to start out using discount music production software. If after a few months you manage to make some decent beats or at least decide you want to carry it on, you always have the chance of upgrading your software then.

As well as being a bargain and saving you a great deal of money, there’s another hidden benefit on buying affordable music software on sale: It’s not as difficult to learn as the expensive stuff!

Think about it, for the creators to sell the software that cheaply, they need to cut out a few features here and there. Fear not though, the makers of the low price Dubturbo have done this is the best way possible. They’ve cut out some of the features that most beginner producers won’t need to learn, yet they’ve kept in everything that you’ll need to make a beat any rapper would be proud to ride!

This means that you won’t have to worry about all the more complex sides of things until you’ve mastered the basics. And if you ever get to that stage (You might just do if you check out our 20 tips to become a better producer), you can always upgrade your software if you feel it’s necessary.

*If you go on to buy Dubturbo through my link, I will be compensated by the Dubturbo team for this. This will not cost you anything but will show you appreciate my honest recommendation. So thanks you. 🙂

Ok, so I often hear people express their concerns with buying cheap production software. I mean, if software such as Dubturbo is sold at under $40, does this mean that it’s rubbish compared to Cuebase and the other software that costs hundreds of dollars? Well no, that’s simply not the case.

Cuebase is a quality piece of software, there’s no doubt about it. Yes it has more features then Dubturbo, but that really doesn’t matter at all. They can both produce good quality beats when used right, but each one is suitable for different people.

Make no mistake though, regardless of price, Dubturbo can produce some high quality beats! Music production is all about knowing how to put a beat together, and what you do with the instruments more then anything else.

You can put a talented producer on Dubturbo, and he’ll make you a better quality beat then an amateur on Cuebase any day. If you’re just starting out and don’t want to spend an ‘arm and a leg’ on software, Dubturbo is the choice for you.

When Should You Upgrade Your Music Production Software?

Ok, so as I’ve mentioned Dubturbo is entry level production software. That said, how long can it be used for, and when should you upgrade to a more expensive alternative such as Cuebase?

Well, I only think you need to upgrade if:

If you’re not in either (Or both) of those positions, then upgrading your software isn’t necessary for you right now. You can still produce high quality beats on Dubturbo, so master your craft on there first, and start making money from your beats before anything else.

So there you have it, Dubturbo is my top choice when it comes to cheap music production software. No other cheap software comes close; they either export your beats in a low quality compressed format, or they don’t allow you to import your own sounds. Dubturbo allows you to do both of these things and more, and is a bargain at under $40. Well worth a buy.