Additive synths are complex and sophisticated. Because of that, they’re often powerful, versatile, and even realistic sounding.

But finding the right one isn’t just a matter of picking out the most expensive. From CPU usage to OS compatibility, you must be intentional in tracking down a synth that’s going to meet your specific needs.

Not to worry, though, because you are in the right place at the right time. In this guide, we look at the best additive synth VST plugins as well as which will work in what situations.

AIR Music Technology’s Loom II is a revelation compared to the original Loom, pushing additive synthesis to entirely new levels. But it’s simple enough that even a newbie can figure out how to use it.

Overall, this is a nicely designed, versatile, great sounding synth with a ton of presets, and it’s available for Windows and Mac.

Based on the original digital synthesizers / workstation that epitomized the 80s sound, Arturia’s Synclavier V is a must-have for composers, songwriters, and producers alike.

This digital synth is known best for its aggressive, brash, and edgy digital tones. While it can do warm and subdued, it’s in its element when it’s modern and intense.

The little brother of Harmor (also seen in this guide), Image Line’s Harmless is rather unique in that it’s an additive synth “doing” subtractive synthesis.

In setting out to create this entry, Image Line didn’t want to create just another subtractive soft synth. They wanted to create a digital synth, plain and simple, instead of a virtual analog one (which are available in droves).

The developer even adds a bit of humor to their product description, saying “everything is fake.”

Harmless lets you take control where many subtractive synths don’t, with filtering and phasing that can be assigned unusual shapes and slopes. You've also got control over each partial’s frequency.

Harmless’ CPU usage has been optimized, and it comes with 100 mostly automatable parameters (no hidden settings), LFO section with modulation source options, and effects (like chorus, reverb, delay, multiband compressor / limiter, and more).

Harmless is only available for Windows.

As the more powerful bigger brother of Harmless, Harmor features oscillators, filters, phasers, much like a subtractive synth. But because you get to select and draw filter types, you’ve got far more flexibility with Harmor than with other alternatives.

Imagine Line also included a multipoint envelope editor with two parts and over 40 parameters. You can use the envelope / mappings to randomize parameters, link it to velocity or key, and tune each unison voice individually. With a semi-modular design, you can even arrange processing units as you see fit.

Manipulating up to 500 envelopes per voice sounds like an impossible undertaking (which it is), and that’s why Image Line added gain and pitch planes in the image editor to let you take full control of additive synthesis. You can even import bitmaps.

The onboard resynthesis features let you time stretch and pitch shift, and results can even be turned into images for additional editing.

This flexible synth can do more than simple square and saw waves, and as you might expect from the developer, it’s a killer tool for electronic music production.

If you’re a Mac user, though, you’ll have to pass on this one, because Image Line’s Harmor is for Windows only.

One of the greatest struggles of any producer or keyboard player is recreating a sound they’ve heard on a recording or even in their head. Image Line, however, promises that their Morphine synth will remove much of the pain involved in finding that magical “sweet spot.”

How does Morphine help you arrive at your destination faster, though? First, it lets you adjust the harmonics manually. Second, it gives you the ability to take an input sample and resynthesize it into one of four individual voices.

Morphine is only compatible with Windows.

In case the word “granular” caught your attention, you’ll be happy to know that Imaginando’s FRMS – Granular Synthesizer is in fact a hybrid soft synth. This is a great tool for turning simple sounds into complex soundscapes with movement.

FRMS – Granular Synthesizer gives you the option of combining up to four layers of synthesis (granulator or oscillator) and granulating any input.

Whether for electronic music, scoring, songwriting, or otherwise, FRMS’ potential is expansive.

FRMS is Windows and Mac compatible.

Not an additive synth specifically (it comes with additive waveforms), Rob Papen’s four-oscillator vector synthesizer, Vecto, is a ton of fun, is loaded with neat features, and is full of personality.

As you’ll surely be able to tell from the video below, Vecto is great sounding and very versatile.

When it comes to additive synths and variations thereof, Image Line may well be the king. And the Sytrus name is familiar even to those who might be a stranger to FL Studio.

Sytrus comes with six user-definable operators which can be set as independent oscillators or subtractive synthesis. You can cross-modulate for FM or RM synthesis; you can even use the 256 partial harmonic editor for additive synthesis.

For electronic music, Sytrus is considered a must-have, and it’s not hard to see why. This thing sounds great!

Sytrus is available for Windows only.

Audio Damage’s Phosphor 3 takes after the 80s digital additive synth, alphaSyntauri. The original required the use of an Apple IIe computer, but for this development, Audio Damage did away with such limitations.

The third iteration of Phosphor improves upon its predecessors with more modulation options, MPE support, TUN-file support, and a new preset browser.

Phosphor 3 sounds nothing short of stunning, with a wide range of fun sounds to tap into. This much synth for this little can be hard to find, making this a great budget pick. It’s not an additive synth strictly, but it’s hard to argue with this much versatility.

While it’s not an additive synth exactly, Predator-3 does come with additive spectrum waveforms. And, it also sounds amazing, as evidenced in the video below.

Arturia’s Farfisa V, of course, takes after the legendary Farfisa combo organs that took over the airwaves in the 60s. Arturia used their proprietary physical modeling technology to bring this classic to life. No sampling.

Many people like to think of the Farfisa as a hybrid organ-synth. The original came with a rudimentary envelope, key repeat, split keyboard, and a knee lever for manual control of filters.

Arturia went beyond that, though, and with Farfisa V, you can create your own additive waveforms, choose different waves for the bass sections, set offset filters, customize envelopes, and more. You’ll even find a collection of vintage amps and old school stomp box effects.

If you’re looking for a vintage, hybrid organ / synthesizer, then this one might just float your boat.

What Should I Look For In An Additive Synth VST Plugin?

Having come this far into the guide, you’ve had the opportunity to check out a variety of additive synth VSTs and those with additive capabilities. Your options are somewhat limited if you’re looking strictly for additive synths but expand a bit if you add in a few hybrid synths in there (which we covered towards the end).

Here are a few things worth considering when shopping for an additive synth VST:

Let’s take a quick look at each.

Virtual synths nowadays all tend to sound quite nice (some even stand the test of time 10 years later), but of course different products have different capabilities. There are many vintage analog modeled synths, and there are some digital synths too.

If you know your way around synthesizers, I probably don’t need to say a word more. But if you’re stuck on which product to buy, then here’s a tip:

Narrow your options down to three to five synths. Then, listen carefully to each. There are plenty of video demos, video reviews, and sound clips out there. Studying each synth should give you a better idea of how each of them sound.

Then, choose what you think is going to work for you. You probably have some idea of the projects you’re going to be working on (a better idea than just about anyone else), so it’s okay to purchase based on individual preferences. Chances are you’ll be more satisfied with the product that way too.

Image Line creates some great additive synths, but as you’ve already seen, most of their products are not Mac compatible. That being the case, you will need to purchase based on OS compatibility to avoid unnecessary heartache.

Because of the way additive synth VST plugins work, they can be a little resource heavy. It seems like most developers have solved this problem, but just in case, it’s well worth checking product specs and system requirements before purchase.

This is especially true if you have an old computer.

Not all synths are created equal. Study what each synth comes with. If you know what you need, you don’t need my help. Otherwise, it’s worth spending some time in research to better understand what you’re buying.

Don’t overspend or go into debt! Use your budget as a filter for VST purchases.

Now you know everything you need to know to find the perfect additive synthesizer VST plugin for your needs. Take your time, listen to each synth, do your research, and you should end up with a product you’ll be totally satisfied with. Have fun!

Hi, my name is Chad Grooms. I’ve been a part of the midwest music industry for over 18 years. But enough about me, let’s get started. Question: Can you really create pro-level recordings at home, and on a tight budget? After years of curiosity, I finally booked studio time at a popular pro studio in…

If you’re going to do any kind of electronic music production – be it EDM, synthwave, house, or otherwise – synth VST plugins are essential. Even if not for that, synth VSTs can come in handy for a variety of musical styles, especially when a song is missing a little bit of extra atmosphere, or…

From classical and pop to rock and hip-hop. Strings complement a variety of musical styles, and are used heavily in TV, film, and video game music too. So, for most producers and composers, having access to a competent strings VST plugin (or multiple plugins) is going to be high on the priority list. In this…

Woodwinds are an absolute essential in classical and orchestral music. But they also add a whimsical vibe to jazz or folk. If you’re trying to hunt down the right woodwind VST plugin, it means you’re probably looking for something specific. You might be interested in scoring a film, or you might even be looking to… 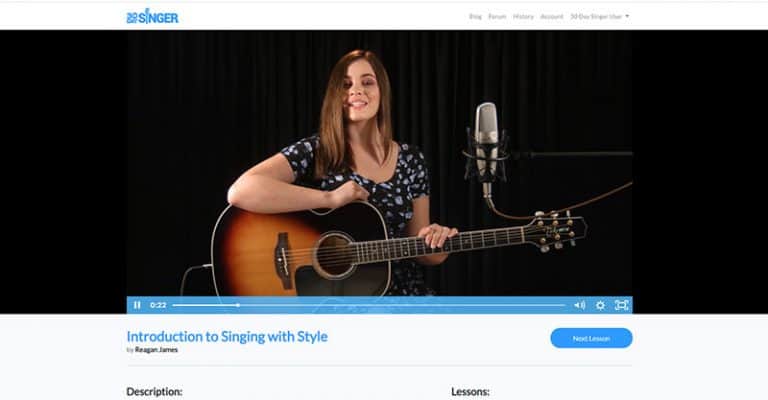 Looking for online singing lessons that’ll help improve your voice? Well my review of the 30 Day Singer training (I’ve secured you a 14 day free trial) will help you decide if it’s the right option for you. For those in a rush though, what do I think of these lessons? 30 Day Singer contains… 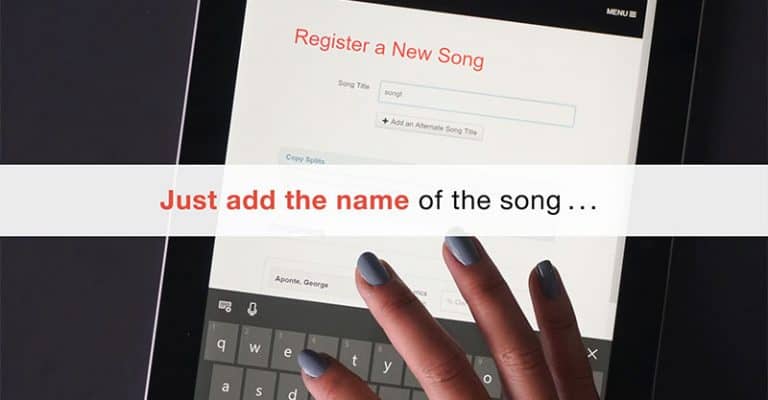 There are many ways for artists to get paid. Unfortunately, this is a double-edged sword. On the one hand, it’s a wonderful thing that artists can tap into so many revenue streams, especially in an industry where people repeatedly say it’s so hard to “make it.” On the other hand, musicians generally end up needing…