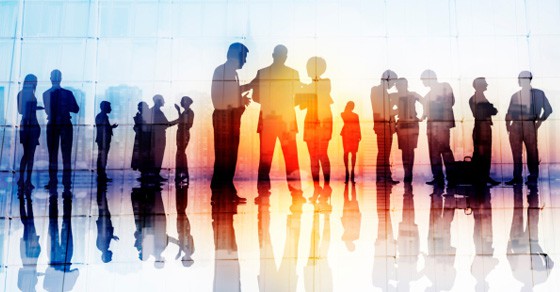 As you've probably heard, a fair part of getting far in the music industry is who you know. While it's possible to make an income from music without knowing all the big shots, having a good network around you definitely makes progression easier.

With that in mind, today I'm going to show you some networking tips that will make reaching out to others in the music industry a lot easier. If you put them all into practice, you will pick up some good links along the way.

As always, please share this guide if you find it helpful.

Ok, so here's a big tip which most musicians don't do. One of the worse ways you can go about networking with someone is approaching them from a selfish standpoint. Think about it; if you were a well known musicians and a random person came up to you and said “I make great music, you should bring me in on your radio shows and magazine interviews”, what would you say? Chances are you'd ignore them if they contacted you online. Or politely smile and say “no” if it's in person.

One of these is bad enough, but imagine you had to deal with people doing this every day?!

Believe it or not, this is how a lot of people in the music industry approach others and think it's ok. Then when they don't get many links, they think it's simply too hard or unachievable.

The truth is, you just need to approach it differently. Instead of telling them you need help and how good you are, why not tell them you like them and ask if there's any way you can help them?

You should start out by offering to do things which only benefits them. Say bigging them up on your songs, promoting them on your website, and other things which they'll notice and get benefit from. Maybe even put them in contact with one or two of your links.

After you've helped them a few times (and they know about it), hopefully they'll have offered to help you back in some way. If not, you're within your right to ask for a small favor in return. They key word here is small. Something they can do quickly that will help you, but not be a big effort for them.

If they go with this, carry on helping them, and let them know you can benefit each other. So you'll continue helping them if they do the same for you. A partnership if you will, whether official or not.

While some people won't want to help you in return, you'll still get more links using this method over if you approached everyone in a selfish manner. At least this way you get the opportunity to get on people's radar, and if you're good enough and match their aims, they'll help you as well down the line.

To recap: Don't approach others talking about you. Ask them how you can help them or suggest something. You'll get a lot more people noticing you and listening to what you have to say, and from there you can form a two way relationship.

Drop Those Who Don't Eventually Benefit You

While putting others first initially is the best way to get on other people's radar, if it's always going to be a one way relationship, it's best to stop trying to work with this person. There are people who will simply take take take, but when it's time to helping you back in return, they simply won't.

Of course, there's no obligation for this person to help you. You have after all said you're there to support them, and have hopefully built up a good relationship with them. But if they clearly aren't interested in making it a two way partnership, your time will be better spent else where. Don't be bitter or break the link (they may still come back in future and be more willing to help you), just move on.

Every hour you're spending helping someone who won't help you back is an hour you could be using to form a mutually beneficial partnership. So stop working with those who are still in ‘take only' mode after you've helped them with say three or four of their projects, and instead focus on those who help you too. 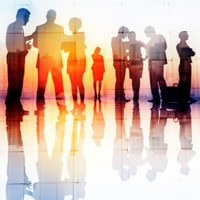 This one is a short and to the point tip:

Don't feel the only way to network is via social networking sites, online networking for musicians is also effective.

With the internet allowing you to reach most people from the comfort of your house, many get comfortable and do all their networking online. Big mistake.

The thing is, it's also a lot easier to be ignored when you're just another person contacting someone online.

If however you're trying to network with another musician or an event organizer for example, a good idea is to go to a show they're performing or putting on. Go out of your way to talk to them in person, and it'll be easier for you to build that connection one on one.

It's much harder to ignore someone in person, so you're more likely to get the opportunity to talk to them on a level and show them you're likable.

Don't rely only on the internet for networking, get out there and meet people in person.

Use Networking Sites For Musicians

While you should aim to network in person, that's not always possible. The people you want to network with may not live anywhere close to you, or you may not have the time (or money) to keep traveling. Because of this, online networking is still a big part of things.

One of the biggest sites for networking with those in the music industry is Twitter. You can literally go up to anyone you like and start talking to them. You'll need to say something interesting though of course.

SoundCloud is also great if you're trying to network with other musicians. Everyone who's there has a recording of themselves (well, most do) so you know they have the means to do so and will be more likely to be able to work with you.

Music forums are also great for networking, although fans hang out there as well. But have a look around as there are many great networking sites for musicians out there.

Put Yourself Out There Often And In The Right Places

None of the above will count for much if you don't attempt to put them into practice much. Not only should you be attempting to network with others most weeks, but you also need to go to the right places. If you want to network with other musicians for example, you go to an event or find an online spot where they hang out. Or need a DJ? Look for DJ communities online or DJ events. Pick the places where you're likely to find those who you want to work with.

If you're aiming this strategy at bigger names in the industry, you most likely won't want to hang around on the online forums. Instead, you'll want to contact these people directly, either by Twitter or by phone. Tell them you want to help them out and see who gets back to you. From there you can tell them how you can help them, or even ask them if they need any help.

It's important that you incorporate this into your usual music ‘to do' list. Make it a regular thing, as the more people you attempt to network with, the more good links you'll get on board. Just don't work yourself too much; if you're talking to and helping a few people, you may want to focus on maintaining those relationships over actively seeking new ones.

Networking is an important part of every musician's career, but is often done wrong. The above tips should help you improve your networking and build up the links you have.

Do you have any additional networking tips you can add? If so please share in the comments below.

Collaborations are great. They can get you in front of other people’s audiences fairly quickly, they can mean more opportunities arise as you network with more people, and they can generally have you making music you couldn’t have made on your own. But there’s a flip side. Not all collaborations are made evenly. While working…

Sending emails can seem like half your job when you’re a musician. But when you take a step back to think about what it must be like to be on the receiving end of such emails, you soon realize emails can take up a ton of valuable head space, time, and storage on one’s email…