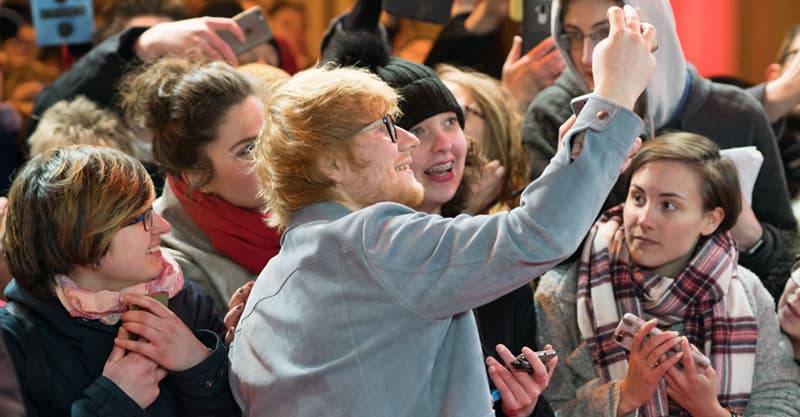 As artists, we are always trying to get our fans to do stuff; buy merch, share our content, tell friends about the music, pre-order our album, and so on.

The problem is, people are bombarded with these requests. Everybody is trying to make money off of the content they create. Even my favorite nerdy meme profiles on Instagram are selling shirts and other items.

It’s nothing new or groundbreaking, but you should consider using incentives to drive sales, shares, or whatever else you’re trying to accomplish.

Picking Incentives That Fit Your Demographic 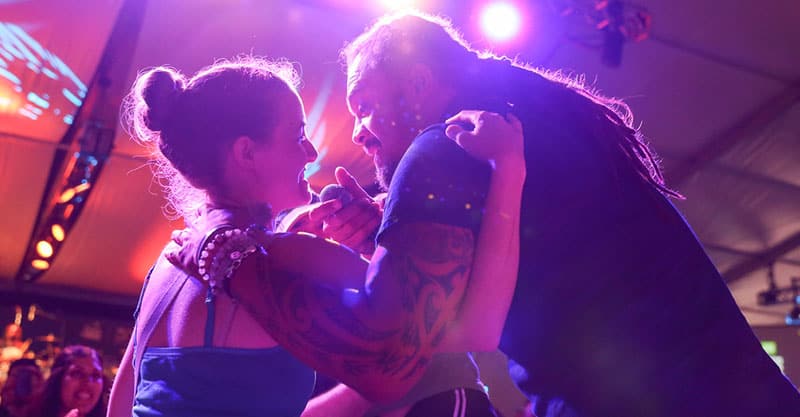 Who makes up your fan base? Is it mostly young people? Older or middle aged people? What do they like? Is your fan base mostly other musicians or music fans?

All of these questions are important when creating incentives.

For example, a couple friends of mine are in a fairly successful folk duo. For their pre-order campaign, one of their incentives was a hand carved cribbage board.

This was their most popular incentive (besides standard CDs and T-shirts) because it perfectly fits their demographic. They mostly play to an older audience, so their audience can appreciate and use a hand carved cribbage board.

The guy in the duo who made all the boards is a professional luthier, and that is part of the band's image – they both play guitars that he built himself. Selling hand carved cribbage boards adds to the brand and makes perfect sense for the duo!

One of the most popular bands in my local scene (they fill a 1,600 seat theater here) hand-delivered every record that was ordered in the city.

This was a fantastic incentive, because a lot of fans who would have otherwise just bought it online or streamed the music, went ahead and pre-ordered it, so they could have it hand delivered.

Also, because this band is fairly well-known, the story ended up on the news and served as good promotion for the band in general.

On the flip side, my band ran a pre-order campaign that offered incentives that people didn’t care about.

For example, we offered tickets to a listening party (that was actually very fun) but only one person bought the ticket. So we just made it free and invited a bunch of friends. But then that felt weird, because the one person who paid was the only person who paid to be there.

Either way, it just wasn’t the right incentive, because a lot of the people who were pre-ordering were not from our home city – we have made most of our fans through touring and I realized in retrospect that those are the fans that were most excited about pre-ordering our album.

Picking the right incentive for your fans is important. It may take some trial and error, and that’s okay – sometimes it’s hard to know who your fans are and what they are interested in. But that doesn't mean you can't experiment to see what works.

Here are a few of my favorite incentive ideas. Some of these I’ve read about, and others have actually worked on me!

1. Offering The Original Stems To Fans For Remixes Or Collection

This one worked on me recently – one of my favorite bands offered the stems (individual tracks) from their album as an incentive to pre-order the next album.

I love the band and wanted to nerd out about the way they record their music – I was really curious about what the tracks sounded like before they were mixed.

This is also popular in the EDM and hip hop world, as remixes are basically a genre all their own.

Offering up your stems for fans to remix, listen to, and collect can be a great incentive and it can open up the possibility for further promo and content.

Consider running a contest for the best remix of your song or something along those lines. You can make a fan feel special and generate good interaction with your audience. 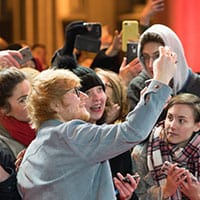 This is an incentive my band used that actually worked.

All of us are proficient players and have taught music lessons in the past, so we were very comfortable giving lessons on our instruments.

Similarly, my friend Joey Landreth is a well-known roots artist, but he’s also very well-known as a virtuoso guitar player. He regularly offers lessons directly to his fans, and the response has been nothing but positive.

He creates one on one relationships with fans and makes a bunch of money on top of that!

A unique take on this could also be writing a song with fans. If your fans are a made up of musicians or music lovers, there is the possibility that some of them would be excited about co-writing with you. Maybe you’ll even get a good song out of it.

I think merch discounts mostly work with well-established artists. But they do work!

I have signed up for a few mailing lists to get 50% off a T-shirt that I was going to buy anyway.

These offers work well, because fans are happy to get a good deal, artists still make money, and artists still get something out of it (be it a share, a mailing list signup, or whatever).

This incentive also worked out for my band. We used to do a lot of house concerts, and they were always fun. We also still get people asking us to do them.

So, we put this option up as an incentive.

Just make sure to charge what you are worth for this. We charged $1,000 for a house concert that was within 200 km of us, because that is what we always charge. We’re not going to make it less or more just because it’s an incentive.

Some other fun ideas include:

Only Offer Incentives You Can Fulfill 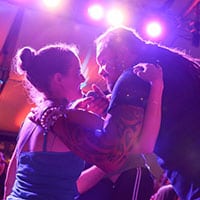 The one mistake I see a lot of artists make is over-promising.

You may think that handwritten lyric sheets will be easy and fun, but if you have to write out 50 of them, you will think otherwise.

A friend of mine had to bake 30+ casseroles and figure out how to get them to fans. Annoying!

Also, for my band, we had several people order vinyl, but then we didn’t end up getting vinyl printed, and had to refund them all. That sucked.

Even my friends who were making the cribbage boards said that they wouldn’t do it again, because they poured too many hours into making cribbage boards when they should have been making music.

Make sure you can actually deliver on your incentive and that the incentive is something that isn't too much trouble.

As you probably already know, getting fans involved in your music career is essential. While it was once possible to appear ‘untouchable’ and not communicate with fans bar seeing them at live shows, this is no longer the case. With the internet making it easier to connect with sociable musicians, if you as an independent…

Want to know one of the best ways to communicate with your fans? Probably the best way to get them listening to your new songs and even buying your gig tickets when they come available? I’ll share it with you: Building a email mailing list who you can send your newsletters to! Ok, that possibly…

Today you’re going to learn how to get fans for your music. It used to be that if you wanted to build a fan base for your music, you had to subject yourself to years and years of grinding. Now though, using the tools and technology available to you, you can hack your way to a…

Music promotion is a ongoing process. If you want to reach as many people as possible, you need to constantly be raising awareness of you and your brand. When you’re still an independent musician, juggling both marketing and making music can be a big task. There are only so many hours in the day, and…

I often get emails from readers of this site asking for personal advice. And while I can’t reply to each of these emails individually (if I did I wouldn’t have time to write guides for the masses), I do read them all and use the questions asked to influence the kind of guides I create….