You are here: Home / Music Merchandising / How To Avoid Spending Money On Merch That Won’t Sell 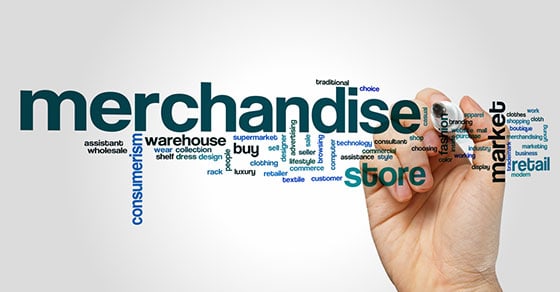 You may not be quite that far along in your career, but you’re probably thinking about acquiring some merch. Merch can add up to a lot of extra income over time. Even if it takes you a year to sell 75 shirts, if you’re making $15/shirt, that’s an added $1,125 to your bottom line. Nothing to sneeze at!

The problem is, merch is a big upfront investment. Shirts are going to run you at least $5/shirt, and that’s on the cheap side of things. Not everyone has hundreds of dollars lying around.

Merch gets even trickier when you purchase items that doesn’t sell. Recently, I bought about $750 worth of shirts, and they just fell flat. The color wasn’t flattering, the material was cheap-feeling, and they fit kind of funny. It was no surprise to me that I had trouble selling them.

However, lesson learned. I’ve since been rethinking my merch strategy by looking at bands and artists that seem to do merch really well. Here are a few things they seem to have in common.

Your Merch Should Be A High Quality Product

First and foremost, your merch should be something that people will actually use or wear.

Nobody will buy something that: a) looks cheap, b) feels cheap, or c) looks ugly or out of style.

Sure, sometimes people will just buy a shirt to support you, to give you a little extra cash. But the best merch are products that people would want to buy anyway if they were shopping at a store.

When it comes to selling merch, there are a few things that will turn people off right away. Try to avoid the following:

I don’t know why I thought this was a good idea, but when I ordered my first ever batch of shirts, I put the Facebook logo, the Twitter logo, and our website URL right on the front of the shirt.

People still bought them, because they were being nice. But wow, they were ugly.

These day, nobody wants to walk around looking like a billboard. Your logo should be small or at least aesthetically pleasing.

Products That Don’t Fit Well And/Or Are Poorly Made

This ties into the first point, in the sense that nobody wants to wear unflattering or uncomfortable clothing.

It’s often tempting to go with the cheapest options for shirts (or other items), because the better quality shirts are very expensive. However, people can tell what a cheap shirt feels and looks like from a mile away.

They’re often heavy cotton shirts made by Gildan or similar. The fact is, they don’t look great and they don’t feel good either. If you can avoid buying these shirts, do so. 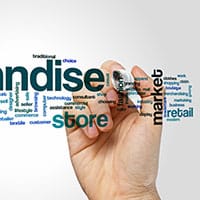 Try going with a brand like American Apparel. Their wholesale shirts are ethically made, they are lighter, they fit better, and they are always keeping up with current styles and fits.

You’ll pay more upfront, but here’s the thing: People are willing to pay more for a high quality product. Charge $25 for an American Apparel shirt. At least! People will pay it because they like your music and they like the shirt. Simple as that.

Sometimes the colors on the website look different than in real life. It’s never a bad idea to order a test print, despite the fact that you’ll end up paying more for it.

Think carefully if you’re going with an unusual color. This can be worth it if the design is awesome and it fits with your brand overall, but if in doubt, stick with the classics: Black, white, grey, and blue!

Have you ever seen something on the shelves of a store and bought it just because it was weird or interesting? Sometimes it’s worth having an unusual merch item in your arsenal for this reason.

These items may not fly off the shelves, but they are enough to draw people to the merch table, where they may find more conventional items they would prefer to buy. Here are a few ideas I’ve seen.

A heavily moustached folk band called Red Moon Road sells moustache wax at the merch table. It’s a great talking point! They also feature the kazoo in one of their songs, and they sell branded kazoos.

Another folk band called Roger Roger sells homemade, branded cribbage boards as a merch item. Apparently, they fly off the shelves. The key here is that one of the members is an excellent woodworker.

The boards are very beautiful, high-quality, and handmade. Add to that a great night of music, and you can see why people buy them.

Micah Erenberg makes super cool handmade merch from things he finds at thrift stores. He sews patches onto them, tie dies them, designs them, etc.

Often, no two pieces of merch are exactly alike.

While the process is time consuming, this stuff is some of the coolest merch I have ever seen. He’s got denim jackets, sweaters, hats, and so on.

People feel very connected to their merch, because it’s unique and individualized. I think custom merch is a great idea.

Be Smart And Get Creative

If I could boil down great merch to three things, here’s what to pay attention to:

This means good quality, attractive design, and attention paid to things like fit and style.

2. Think Outside The Box

Sometimes the best merch item is something unconventional. Think outside the box for ideas that will set you apart from other bands.

3. Shop Around For The Best Prices

Once you’ve decided on a merch item, find a supplier that offers the best price possible. Do not be afraid to shop around, ask for discounts, and negotiate.