A successful musician is one who knows what they really want from their endeavors, is able to find the resources that will expedite their progress, and is willing to do the work it takes to provide a living or better.”
Doug Garvey, Geiman Brother Records 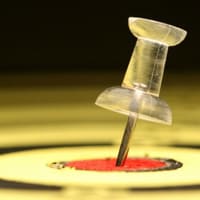 Before I go any further, I want to make one thing clear: While it’s not essential, there is nothing wrong with signing a record deal. Record labels play an important role in the music industry and have helped many musicians reach a lot further then they would have by themselves. Having said that, getting a record deal isn’t something you should intentionally work towards.

Labels are no longer simply hearing talented people and going on to sign them. While it used to be the case you could send a label a demo and you could be signed without doing much more then that, this is far from the case now. Yes it can still happen, but the chances are extremely miniscule. And I mean EXTREMELY miniscule.

Due to the way the music industry currently is, record labels are being a lot more selective about who they sign. No longer will you get signed simply because you have a good voice and good look; label bosses are looking for a lot more then just your singing or rapping ability. If you want to get signed to a record label (even though that shouldn’t be your aim at this stage), there are a few things you first need to have in place:

An Established And Responsive Fan Base

Before a record label thinks about signing you, they will often want to see that you have an already established fan base that you’ve built up yourself. The music industry is a lot about personality, and record labels often want their musicians to have it in bucket loads.

Think about some of the musicians that you personally like; what is it that drew you into liking them in the first place? Chance are you like some of these musicians as a person (or what you’ve seen of them as a person), or you can relate to them in some way. Maybe they have a similar dress sense to you, or maybe they are living the lifestyle that you want. They probably sing about things that you have an interest in, or represent something you aspire to be.

While having a good personality can help increase your fan base if people take to you, it’s not always easy to determine who people are going to take to next. Sometimes musicians find it hard to get their personality across to the fans. They either don’t show enough of it, or they projecting it too much and give off the impression of ‘trying too hard’.

If you get things right however and manage to build up a decent sized fan base on the back of your music and personality, this is a good sign to record labels. It shows them that you are a likeable character (at least in your genre) and that people take to you well.

As a musician’s fan base is all important, having numbers on your side puts you in a good position, and makes you attractive to any potential labels. Say for example you release a new music video and want it shared. Having a responsive fan base you can share this video with is the perfect way to get a load of views in a short space of time. It’ll also increase the likelihood that your video will go viral.

So how can record labels tell if you’ve got a big and responsive fan base?

First of all, they can look at the obvious numbers such as your social networking follower count. They’ll also look at how interactive these followers are with your page to see if these numbers have been increased artificially but have no real value.

If you are already in potential talks with the record label, they may ask to see your mailing list subscriber numbers and statistics, as well as your website stats to confirm any data you may have told them about your fan base size.

Lastly, they may run a trial period with you, and attend some of your shows (they may have done that already when they were scouting you out). If they see you can bring in a decent amount of fans, this will be a good sign to them and they’ll be more likely to give you a contract.

The Ability To Draw In Crowds And Make Sales

With the sale of physical CDs slowing down, performing live gigs has been one of the main ways musicians have continued to earn from their music career. It’s because of this, that the focus on touring has become a lot more important to this generation of musicians.

If you want to have a good chance of getting a record deal, not only will you be able to put on a good performance, but you also need to be able to draw in crowds. What I mean by that, is that you will have a loyal group of fans that will follow you to your shows, and pay to see you perform.

Now of course, not every fan is going to be able to come to every one of your shows. There will be distance barriers in place (you can’t expect all your fans in the US to come to your shows in the UK), and people won’t want to come to every single show you do if you’re performing every week. That said, if you have a pool of different fans that are spread out all over the place, it’s possible to get some of your fans down to some of the events in the bigger cities. If you can show you can do this, record labels are going to see dollar signs.

At a bare minimum, you will need to be able to show you can get a decent sized crowd down to one of your local home town shows before labels will become interested.

The Ability To Perform Live

As well as being able to draw in crowds, a lot of labels will often look for an artist or band to be able to perform well live. After all, if you get a load of people down to your show but your performance is really poor, how many of your crowd do you think will come and see you perform again? Not very many, if any at all.

While it’s still possible to get signed if you aren’t the greatest performer in the world, being able to perform will be more attractive to these labels. Record labels do sometimes train their signings to be better performers, but some labels simply won’t put the effort into doing this. Either you can perform or you can’t…


The Ability To Record Good Songs

Despite all the talk about declining CD sales, having your own recorded songs is still important. Not only will these be used for a number of different things such as radio play and digital downloads, but you can still make money from CD sales. You can sell them at your live shows along with any merchandise you have (one of the best ways these days), or you can sell them in stores or online like you usually would. Because of this, it’s important that you are a good recording artist.

Both of these things are skills in their own right, and both should be practiced so you are a good all round vocalist. If you can record a good song in the studio, that’s another skill you have that will help tempt a record deal from a label.

Don’t have all of these things in place yet? Then most likely any record label you do approach won’t give you any type of deal. Some may humor you for a while and say they like your music (which they may genuinely do), but that won’t help you get a record deal or have them helping you out in any real way. So it’s up to you to roll your sleeves up and work on the above mentioned points.

Long hours will need to be put in to establish useful music business links, to create good quality songs, and to get your fan base in place. You will find though, that if you manage to get a good sized fan base and you can draw in crowds, you will be able to make money from your music career without the help of a record label.

You will start making money from CD sales, royalties, getting paid to perform live, merchandise, possibly publishing deals, and any other routes you decide to go down.

Once you are in this position, it’s more likely that a record label will come to you. They can see you’re making money (or have a proven potential to make money), and will want to get on board and make money too.

At this point, they will approach you.

You won’t need to chase them up and call them for the 10th time after they’ve been avoiding your last 9 calls because they are ‘busy’, they will be the ones hounding you to get a piece of your action. This is why you don’t need to focus on getting a record deal right now, even if you do want to get one eventually.

If you ever get to this stage, it’s down to you what you decide to do. I’m not going to advise you on whether or not you should sign to a record label if you get that opportunity in the future, as for now you simply need to focus on you. This is a book for independent musicians, and I am going to help you succeed as an independent artist. As an independent, you need to realize that a label isn’t going to help you at this stage, and accept that you need to build your fan base, draw in crowds and make good songs all by yourself.

Don’t promote your music or try and increase your fan base just so a record label will eventually take notice of you. Do it because you want to build up your music career for YOU.

It’s possible for you to put yourself in a position to earn a full time or part time living from your music career. If this is one of your aims, don’t count on anyone else to make that happen for you.