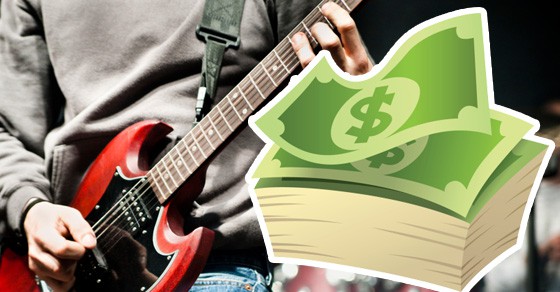 When this topic was first brought to my attention, I had no idea that this was such a huge online debate. I also had no idea it was such a polarizing issue – as if there were no grey area to this. Pretty crazy.

Before going any further, to ensure we’re all on the same page, let’s pull it back for a moment and really define the concept of “pay-to-play”. For the purposes of this guide, I’m strictly referring to the process of an artist paying an event promoter a fee in order to perform at their venue. The pay-to-play issue isn’t just simply a matter of a “yes” or “no” answer, as many of us may have been conditioned to believe. Sorry folks; no one size fits all option here.

Check out some of the things I feel you should consider:

Is The Event Established?

The first time I did the “pay-to-play” thing was at a Christian festival, held at Six Flags. This event took place every year at the amusement park, and carried an established reputation along with a consistently large audience turnout. Not to mention the fact that since it was being held at a theme park, built-in traffic, though it may not have been targeted, was guaranteed. People can always be converted.

Being certain that an event is established, i.e. well-known to the public, with a history of substantial patron attendances, means you have much less to worry about in terms of audience turnout. Your “worry” so to speak, now becomes the issue of converting these people into fans and supporters. You’ll definitely want to add as many people to your mailing list as possible (this won’t pay off immediately, but will in the long term). What’s worked really well for me in the past was convincing a lady with a very nice smile to walk among the audience and offer a freebie of some sort in exchange for their e-mail addresses (the ‘ethical bribe’ as we call it).

The key thing here though, is to make sure you’re not paying to wind up as a guinea pig; an event that isn’t well coordinated or well-known could potentially see you wasting your money. First time events are notorious for such scenarios, as the promoters and planners are often still working out the kinks and dealing with many issues they either hadn’t expected, or never previously experienced; for example technical difficulties with sound, poor attendance due to inadequate marketing – the list of potential pitfalls goes on. Don’t get caught in the crossfire. This isn’t to say definitively, however, that a first-time event can’t turn out to be a success for all involved. What I am saying is; do your research, and see how well (or not) established the particular event is; who knows, it may be worth your while, if you consider a few other things of course.

Timing is Everything Regarding Paying To Play

If the event is established and is likely to receive a decent turnout, the next thing you want to consider is the time slot of your performance. You’re going to need do some research for this one. Every event and every genre is different. Generally speaking, there’s usually a specific time slot which yields a higher turnout of people than others. For example, there’s a monthly urban open mic event that takes place here in Toronto. It starts at about 7:00pm and ends at around 10:00pm. The average turnout is generally between 50 to 150 people. At 7:00pm, maybe 15 to 20 people are there, in other words, 7:00pm is not the most optimal time for an artist to perform if they want to get any kind of real attention. Peak attendance typically happens around 8:45pm for this particular event; that’s the best time to aim for when performing. 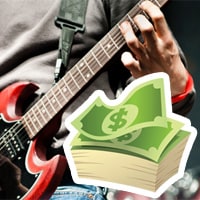 There are other all day events that take place in various cities. These events usually begin at 1:00pm and continue on through to 10:00pm or so. Usually, peak attendance occurs in the evening hours. So if you’re paying to play and you’re given a 1:15pm time slot, that might not be the most bang for your buck and I’d probably advise against it. Again, this one will require that you do your homework. The key takeaway is that your timeslot and the length of your performance DO matter. So take them into consideration.

Got Merch? If Not Maybe Your Shouldn't Pay To Play

Do you have merchandise? If your answer is “no” then this is a no-brainer; save your money and/or use it to invest in some good quality, relevant merchandise. Merch is your only chance to make your “short term” money back.

RELEVANT merch is key here folks. You have to know your market, and the market you’re playing for and create your merchandise accordingly. For example, one of my buddies was constantly playing in front of a skater crowd, so he decided to create his own brand of skateboards and include it for sale at his merch table, and at a pretty high price point too. He sold a handful at EVERY show he did. The lesson here should be simple, if you’re a hip hop artist, logically, selling branded cowboy hats may not yield the highest return for you. Extreme, I know, but you get the point. Be smart with the type of merch you create and sell. Make it about “them” and not about “you”. T-shirts, wristbands and hats are all very good “generic” go-to’s if you’re struggling with some ideas.

Another cool tip is to use words or phrases that will resonate or have significant meaning with your audience. These phrases could be a certain lyric from one of your songs. Most musicians just tend to get lazy and put their “band name” on the front of a T- shirt and call it a day. Consider the following: Which T-shirt do you think sold more? The shirt that simply said “Drake” across the front? Or the shirt that said “YOLO” across the front? For those of you not familiar with (or into) Drake’s music, YOLO means, “You Only Live Once” which was a phrase he coined on his “Take Care” album. My guess is that even if you don’t know the artist, you’ve heard the phrase. I’m hoping you get the point.

The last thing I want to mention is that if you’ve got your merch ready to go, then you should also have some means of accepting plastic, and it needn’t be super complicated or expensive either. Google “Square” for your smart phone. Statistics show that more and more people walk with plastic over cash. Having a way to accept plastic is giving you (and your band if you have one) the highest potential to make as many sales as possible.

Make It a Killer Performance

Okay so let’s summarize; One: the event is established, so most likely there’ll be a decent sized audience to nag as many email subscribers as you can. Two: you’ll have relevant merch to sell which will appeal to your demographic and hopefully you’ll be accepting plastic as well. However, none of this will matter if you don’t master the third element; having a WICKED performance.

The one notable downside of pay-to-play shows is that “talent” or “quality” is not a prerequisite for bands to get on the show. Sometimes the audience suffers because of this. Make sure you’re not the band or artist who’s making the audience suffer. Video tape your rehearsals and play them back to back with your favorite artists’ performance on YouTube to see how they measure up. Remember to give your audience an experience. At the end of the day, that’s REALLY what they’re paying for; the experience. Find creative ways to enhance this experience for your audience. If you master the art of creating a memorable moment for your audience, you’ll inevitably arrive at the conversion point of having fans; raking in subscribers and selling merch will be incredibly easy for you. I can’t stress that enough.

You Scratch My Back…

As I’m sure you already know, the music industry is ALL about relationships. Unimaginable opportunities can open up for you and your band based solely on who you know. One thing I’ll say about pay-to-play events is that they attract people who are serious about their careers. Whether or not you feel these people are talented and deserving of attention is another issue. But it should be a priority for you to maintain relationships with other musicians and/or bands who are serious. There’ve been times where a promoter wanted to book me for an event, but I was already scheduled for another event and unable to commit. Rather than leave the promoter hanging by simply declining, I’d recommend another artist who I KNEW was serious, gaining the appreciation of both that promoter and the artist. I’ve also been booked for shows because another act was unavailable, and they in turn suggested me. This was because I had a relationship with them and they knew I was serious about my craft. Make sure you take the time to build and connect with other musicians, regardless of their genre; if they’re serious, you guys will be able to help each other down the road. 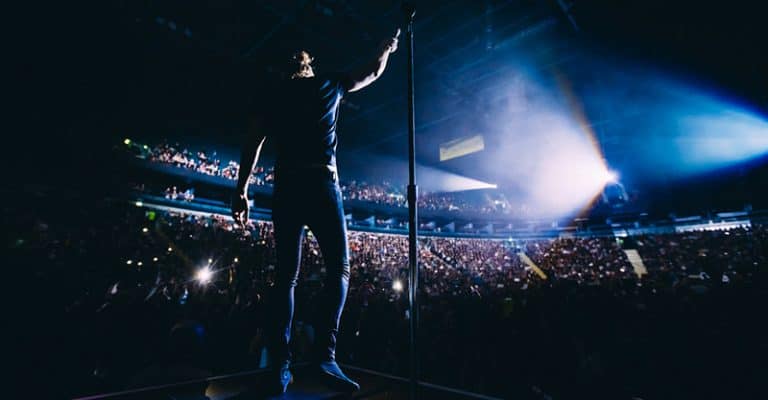 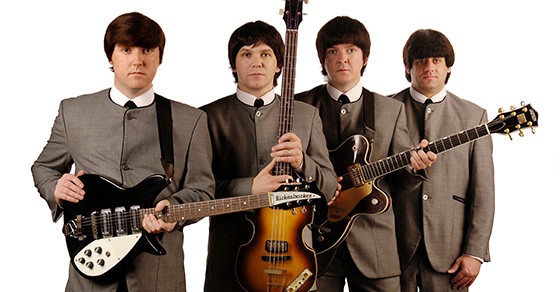 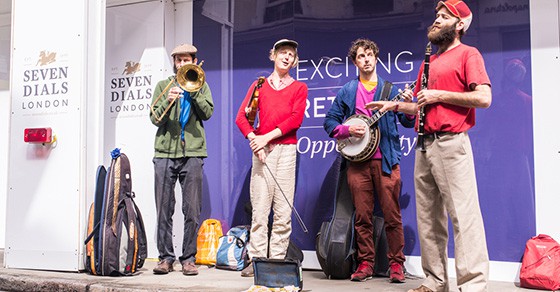 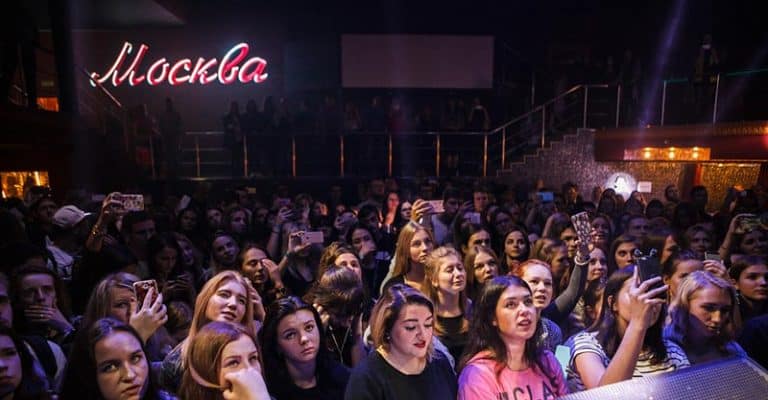 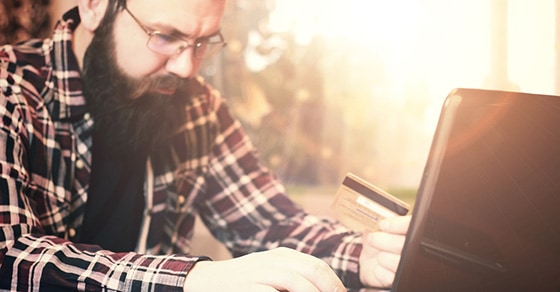 Should bands pay to play? Let’s face it, it happens. At some point in your career as an artist, you will be offered the “opportunity” to pay to play a show. These offers come in all shapes and sizes. From sneaky promoters looking to take advantage of naive bands to legitimate opportunities that may be… 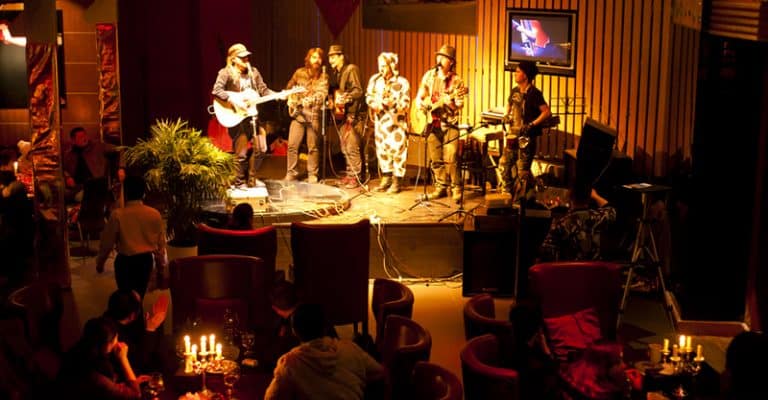