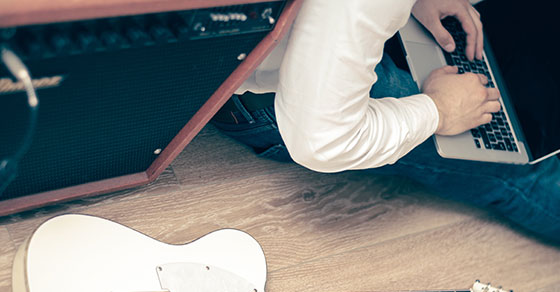 In the past I’ve written about booking effective shows and promoting shows, but I have yet to cover how to make the most of a show once it’s booked and publicized.

I’ve found the key to making my shows effective is knowing what you want to accomplish. I only play shows that have a purpose.

When you’re starting out, the purpose may be to test out material and tighten up your show. As you progress, it may be necessary to play gigs just to pay the bills. And most importantly, you need to play shows that build your career.

You probably already know that I’m a big advocate for career building gigs. When you’re starting out, these should be the majority of your shows. What makes a gig “career building” isn’t just the fact that you’ve booked the right venue, right bill, etc. It’s what you do with it.

I want to note that I talk a lot about touring here because that’s where I learned these things. These tips apply to every show you play. On tour, one-off gigs, whatever.

Invite The Local Industry To The Show

When I started touring it was pretty rough. My own stage show wasn’t great, my resources were small, and I didn’t really have any idea what I was doing. Naturally, the gigs were also not great. I played a lot of dives, weird “pseudo-venues”, and I got ripped off a few times as well.

Rather quickly I realized that the places I was playing weren’t the right places to play. But when I emailed the best venues in town, they either never got back to me or said no.

I did my second tour shortly after the first one, and this time I got wise. I called and emailed venue managers, even sound techs and staff at the place I wanted to play, and put them on the guest list for the show I was playing. When all was said and done, I had a nice and tight show, and they welcomed me into their venue for future gigs.

Yes, this is a roundabout way of setting up worthwhile opportunities. But the thing is – you don’t have to make my mistake! Invite local industry out to your show. Personal connections are the fastest way to further your career.

Which brings me to my next point:

The music industry has a bad habit of never replying to emails. Everyone is busy, and some people just can’t be bothered to even open an email from some artist they’ve never heard of.

If you’re in the same city as someone you’ve been trying to make a connection with – be it an agent, manager, venue owner, festival talent buyer – now is the time to make a personal connection.

Again, this is something I’ve learned from experience.

Every year I strive to have a festival season full of great gigs, but sometimes pitching to festivals feels like shouting at a closed door.

Here’s a tip: people have offices.

I’ll admit, I’m pretty uncomfortable going up to someone’s office and playing a song for them. So what my band did was go up to the festival’s office, hand them a CD, shake some hands, show them that we are nice people who aren’t going to trash the place, and offer to play them a song.

Worst thing that happens is them saying “we’ll just listen to the CD/EPK”. But more often than not, we found that people were into having a distraction from their work! Our set (used to) work great acoustically, so this was a great strategy for us.

People are always nicer in person, so 90% of the time this was a positive interaction. The other 10% of the time we caught the staff on lunch break and no one was there.

We did the same thing with an agent that we wanted to work with. We called him up on his work phone, told him we were in the area, and asked if he would mind giving us a tour of the agency's office. 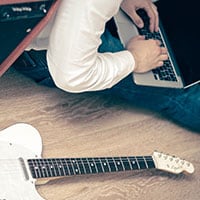 Again, what’s the worst that could happen?

This experience was also positive, and it cemented a relationship that had previously been based on a couple of random encounters.

Now, this next one is a super important activity you should definitely do on your tour stop.

I’ll never forget the day I read How To Win Friends And Influence People. This age-old book opened my eyes to a whole new way of perceiving social interaction and ‘networking’. If you haven’t read it, do it now.

There are a few things that I took from this book that I use all the time at shows.

1) Make the first contact, and give them a smile

People are often uncomfortable making the first move in an interaction, and so am I. Usually.

After shows, I am not shy about going up to someone, saying hi, giving them a download card and otherwise engaging them in conversation. The feeling of playing a great show makes me confident and happy, and a concert is a great conversation-starter!

You would not believe the impression this leaves. When I ask someone to sign up for my mailing list, I talk to them about their life, try to learn something about them, and give them a free download. Then, the next morning or later that night, I’ll input all the names and personally email every single person. In that email I thank them, and try to mention something from our conversation.

If you wait three months to add names, people will forget how you are, not care, and possibly unsubscribe.

If this seems “fake” to you or somehow “forced”, it isn’t. This is good networking and good human skills. People love it!

3) Try to remember names for next time

Making these personal connections is what allowed my band to build a decent grassroots following. I believe part of our success comes from our obsession with remembering names.

In fact, the lead singer/guitarist in the band has an Excel spreadsheet of nearly everyone he’s ever met at a show, conference, or just on the street. It seems excessive, but it comes in handy all the time.

Do you struggle with names?

Here’s a tip: take a picture or selfie with someone you want to remember, and tag them on Facebook or Instagram. Boom! Instant connection and an easy way to remember their name.

I’m in the “don’t post every day unless you’ve got something interesting to say” camp… except when I'm on tour.

Tour is the time to build the buzz on social media, so talk to to fans, post pictures of the show, post hilarious things that happen, get it all out there! Go crazy! I sometimes *gasp* post twice in one day if I have something good to share.

Remember that going on tour is a dream for many people, so by posting a lot you can generate a lot of buzz – simply because people think what you’re doing is cool.

If you do even half the things I’ve mentioned here you’ll be way ahead of most bands. So try to put a few in action next time you hit the road or play a show. 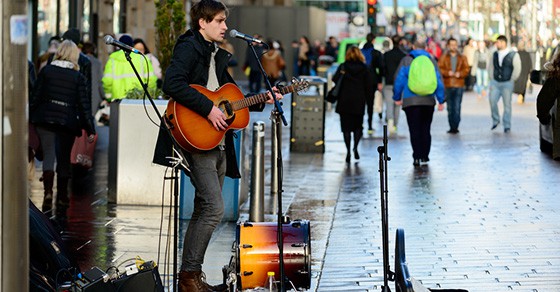 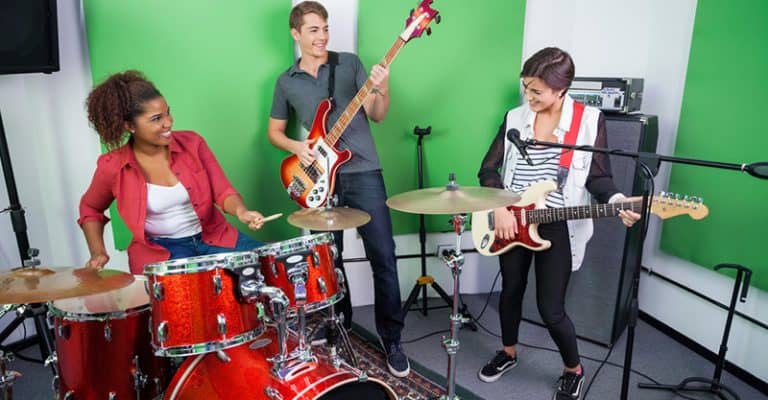 If you’re a performing musician, one thing’s for sure; you’re not going to be performing just once! And here’s the thing about anything you do on a recurring basis; it can be boiled down into a checklist. The question, of course, is why would you want to go to the trouble of creating a checklist?… 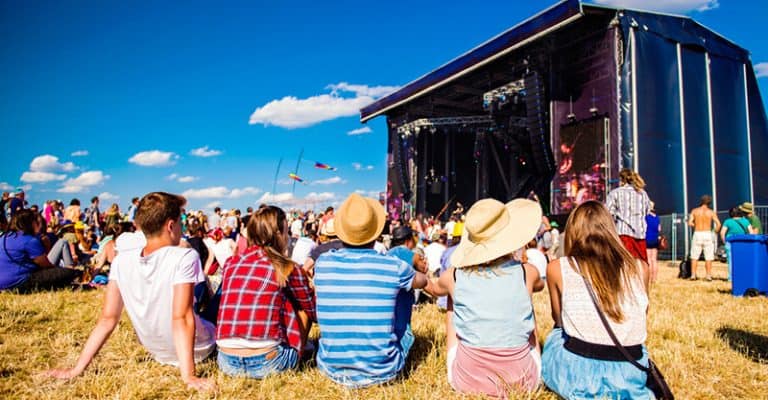 Music festivals have quickly become one of the most popular ways to consume live music. The culture, the price, and the huge amount of quality live acts have all contributed to the success of festivals everywhere. In my opinion, the decline in live bands playing university frosh parties has also led to an increased demand… 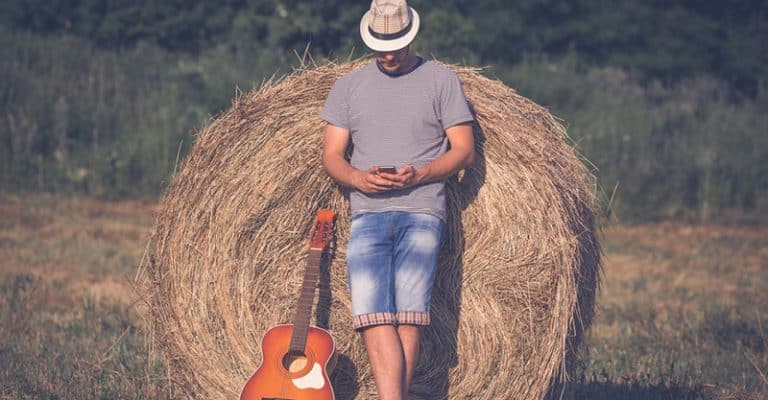 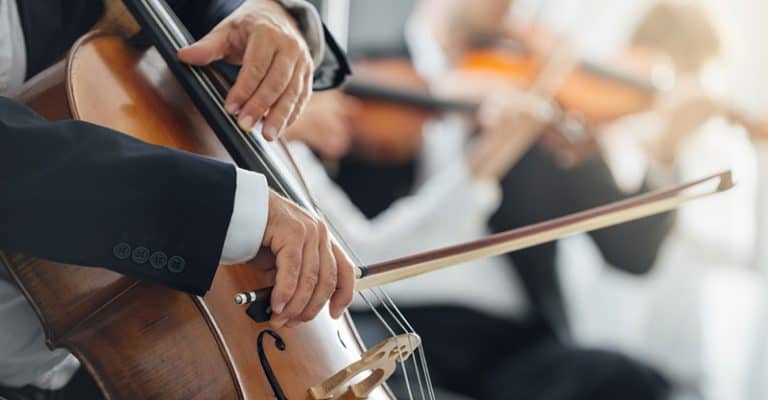 For many musically inclined people, promoting events and shows is a natural introduction to the music industry. There are lots of great reasons to promote shows. You’ll make great connections with artists and the teams they work with (agents, managers, labels, publicists, etc.). You’ll become an “industry person”, and will start to get approached by…