You are here: Home / Getting And Performing Gigs / How To Make Money From Gigs, The Various Monetization Methods 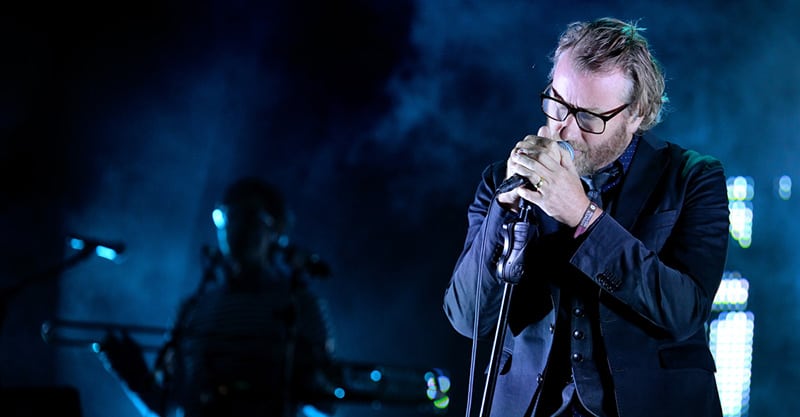 Gigging is the most common way musicians make money, and it’s been this way since the dawn of time.

People love hearing live music, and musicians love playing it. It’s a match made in heaven!

That said, in today’s economy, it’s getting harder and harder to make money gigging.

The simple fact is: musicians aren’t getting paid much more now than they were in the 80s. To add to that, there are fewer venues, and less people buying albums.

There used to be such a thing as the “middle-class musician”. Several of my friend’s parents were middle-class, working musicians until the late 90s, when a lot of the gigs dried up.

These days, there is still a middle-class musician, but it’s much harder to make it work, particularly in big music centres, where cost of living is high and wages are low.

But don’t give up hope.

For every artist I see scraping by, I see another few making it work. The people making it work are not leaving any money on the table.

There are many ways to monetize your gigs, and if you’re not making the most of these, you’re literally leaving money at the venue when the gig is over.

In this guide, we’re going to go over all the ways you should be making money at gigs, starting with the obvious ones through to the more obscure ways to make money.

1. Ticket Sales/Guarantees – The Best Way To Make Money From Gigs

Obviously, the primary way artists make money at gigs is through ticket sales or a guaranteed fee for the night.

Whether to push for ticket sales or for a guarantee depends on your situation.

If you’re playing a hometown show, knowing you’re going to sell 150 tickets, then make sure you’re keeping all the ticket money.

If you’re playing in a market you’ve never played before and don’t have a draw, take a guarantee. Even a $100 guarantee may be more than you’ll make at the door.

These days, a lot of shows are “pay-what-you-can” or by donation.

I understand the thinking behind this – a more affordable concert will draw more people – but I think this is a mistake. When people pay more for something, they take it more seriously.

By donation shows run the risk of having people who would have been willing to pay $10, pay $5. I know this, because I’m that person.

That said, a $10 ticket price is not going to deter me from going to the gig.

In some ways, tickets makes a show seem more legit.

When you ask your audience to pay for tickets, it says that you put value on the music you make. I appreciate that, and am happy to pay for it.

2. Actively Selling Merch & Doing A Good Job Of Marketing It 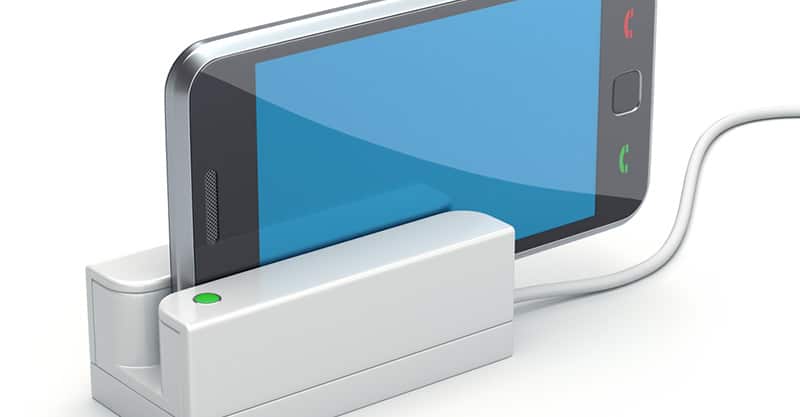 So many bands (mine included) do a terrible job of merch.

Here are the main ways bands screw up selling merch.

Not Having Merch Or Forgetting It At Home

I cannot count the number of times I’ve left my band’s merch at home.

This is such a giant waste of money. If you’re not organized, and forget merch, you’ve just cost your whole band money.

If you don’t have merch, it’s not quite as bad as leaving it at home, but it’s still bad. Merch can be a huge money maker.

Even just selling three CDs for $20 will cover your gas for the gig and maybe to the next town.

When my band tours, we usually pay for all our meals and most of our gas with just merch money. It’s hugely important to capitalize on this revenue stream.

Merchandise is expensive. I get it. But buying cheap merch is not going to work.

My band has tried both. We’ve bought expensive shirts from American Apparel, got nice designs, and paid for it.

Also, you don’t want people representing your band looking like they got a free shirt at the company picnic.

You will make more money by buying nice shirts, investing in a good design, and then charging more.

Not Selling It Properly

To properly sell merch you need to have some sort of merch table or booth set up. It doesn’t have to be complicated, but it must contain the following items:

Additionally, if you don’t tell the crowd you have merch, nobody will know. Lame. Always make your audience aware of what they can take home with them.

From stage, tell the crowd that after the show, the whole group will be at the merch table, and that you would love to meet them.

This way, even if someone just comes to tell you “good show”, they have to do it in front of the merch table. Just doing this will increase your sales. Guaranteed.

It’s a little-known fact that many major artists make a ton of income playing private and corporate gigs.

Most bands have a corporate rate they charge when a company hires them to play a Christmas party or advertising event.

The best way to start picking up these gigs is by talking to people who are at your gigs.

It’s important to try to meet as many people as possible at your gigs. The more people you talk to, the more merch you’ll sell, and the more opportunities will arise.

When my band started, we would literally make a point of going to every table in the bar, hand people a download card, and start chatting.

From this, we’ve made many fans and got a few decent opportunities to play corporate gigs for a good fee.

We don’t do this anymore, as the venues we’re playing now are a bit bigger, but we still get offered corporate work all of the time.

GigSalad can be another valuable resource for booking private and corporate gigs, so check it out. 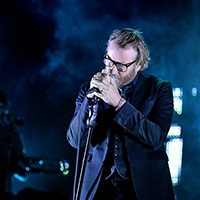 I know several artists who make most of their money by playing house shows while they’re not on tour.

With house concerts, there are a couple of ways you can get paid as an artist. The host will either collect donations or set a ticket price for the event.

My only word of warning is that house concerts are not usually a good way to make fans.

You’ll make a few, but a lot of the time, the people coming out to house concerts don’t like going to regular shows at a bar. They’re there because they’re looking for an alternative to the standard “night out”.

I’ve found it near impossible to convince people who love house concerts to come out to a bar at 10 PM on a Thursday night.

5. Live Performance Royalties, An Additional Way To Earn From Your Shows

I’ve talked about it before, but for a quick recap – your publishing rights to your songs extend to live performances.

When somebody else covers your song, they should technically report that to a Performing Rights Organization (PRO) like ASCAP, BMI, or SOCAN, and you should be getting paid for it.

Unfortunately, most artists do not do this, so even if a ton of people are covering your songs, you won’t get paid as much.

Now, what most people don’t realize, is that you should be collecting royalties on original songs that you are playing.

Let me explain how this works with an analogy.

Live performance rights are like a bag of money on a mountain. On the promoter side, the promoter is supposed to pay fees to a PRO. This is a licensing fee, allowing them to play music in their establishment.

When promoter pays, the money will be placed at the top of the mountain.

For the artist to collect their royalties, they will need to climb the mountain and get it. What this means is the artist needs to submit the details of the gig and the set list they played to a PRO.

Once the PRO gathers this information, they will take the money from the licensing fee and give the artist a chunk of it.

That’s crazy! And it’s literally free, extra money that you are legally entitled to.

Now, I’m going to let you in on the big secret. Something very few people know about SOCAN live performance fees.

If the promoter does not pay their licensing fees (and many don’t), then the money won’t be there for you to claim. This means you’re losing out on potentially hundreds of dollars, depending on who is promoting your shows.

If this is the case, you can be your own promoter.

To be a promoter, you need to register with a PRO and then pay licensing fees. One option here is to pay 2% of all ticket sales to the PRO.

It is 100% legal (and in fact, legally required) to do this if you’re promoting your own show.

Pay the licensing fees, and then under your artist account, submit the set list. You’ll eventually receive the money you’ve earned for playing that show.

6. Getting Free Meals / Drinks When Gigging 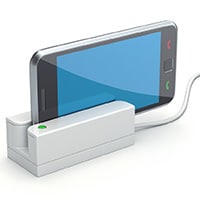 Something many bands neglect to do is ask for free meals and drinks at the shows they play.

Free drinks are common, but a free meal is way more valuable.

A meal provided by the venue costs them very little, but saves you tens of dollars. If you can, ask for free meals.

If you can’t ask for free meals, make sure you at least get staff pricing. For the night, you are staff, and you should be treated as such.

Whatever you can do to save money, is money earned (as my grandpa always said).

7. Making Money With Sponsorships At Your Gigs

Sponsorships are a great way to get more leverage out of the gigs you’re playing.

Believe it or not, sponsorships are now easier to get as an original artist than as a side musician.

It used to be that side musicians in big bands would get all the sponsorships.

These days, brands are teaming up with artists that have a following, are hip, and are going to represent their product to a bunch of people who are excited about the music being made with the product.

The best way to get sponsorships is to start tagging the brands in your posts on social media (on your personal socials, not your main artist socials) and reach out to the company.

Just by reaching out the guitarist and lead vocalist in my band got free strings from Ernie Ball, he got a beautiful acoustic guitar for 2/3 of the price, and he got to demo some cool pedals.

How To Make Money From Gigs Conclusion

The one takeaway from this guide should be: don’t leave money on the table.

If you know there is a way to make more money, and you’re able to do it. Just do it.

Everything takes a little bit of work to set up (merch, sponsorships, royalties) but once you get used to it, you won’t look back. And you’ll certainly be happy for the extra cash.