You need to have a thick skin if you plan to last long in the music industry. Why? Because rejection is common and success is a moving target. Every time you reach it, you push back your idea of what it is. When you finally break down the barriers in your way, you set your sights on the next level of barriers.

When you’re starting out, just getting any blog to post your music or any venue to book you can feel impossible. You see the local superstar that gets all of the local press coverage and gets put on the best shows by the best promoters and you think once you get there all of this rejection you’re feeling now will disappear.

Because you’ll still be trying to reach more reputable promoters, agents, managers, artists, and blogs. And guess what, 90% of them will still ignore you or turn you down.

Dealing with constant rejection can get tough and discouraging. Accepting that it’s part of the territory in this business and that we all deal with it is easier said than done. But it helps. Acceptance isn’t the only key, though. Rejection isn’t avoidable, but you can be pro active about reducing it by sharpening your networking skills.

For most of us, although they happen much less frequently than rejection, the successes make it all worth it. But what do you do when you’re in the dip and the successes aren’t coming? How do you handle it? How do you keep trucking forward until a break through finally happens and lights up your life? Here’s a few tips that helped me out personally:

When faced with rejection it’s easy to chalk it up to two common negative assumptions: either your music or pitch isn’t good enough, or the people rejecting you are a*#holes. Sometimes a little of both might be true. If you want to combat the constant rejection you need to constantly improve your music and your pitch. And unfortunately, there’s no shortage of a*#holes in the music industry. But I’m willing to bet neither of these scenarios are plaguing you as bad as you think. Sometimes it’s not so personal, and not about you or them.

People who work in this business are really, really busy. Once you reach any level of influence, the amount of people that compete for your attention can get overwhelming fast. You start to build filters that make you harder to reach, because you have to. A lot of the time your perfectly crafted pitch and remarkable music will get ignored and rejected by nice, well meaning people. It’s nobody’s fault. It’s part of the landscape.

This isn’t a career for the faint at heart. You are in a never-ending competition for opportunities, resources, and connections with an endless sea of others just as hungry as you are. In order to bypass the filters industry professionals use to guard themselves from the constant influx of requests, you need to understand that initial rejection doesn’t necessarily mean final rejection. Sometimes it takes repeated exposure and effort. Learn the balance between persistence and annoyance and try your best not to take it personally when you get turned down or don’t get a response your first time contacting someone. 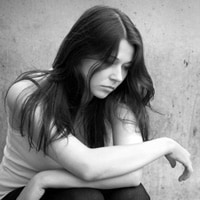 When you’re emotionally invested in something, even if you know it’s not personal it can still be difficult to not take rejection personally. Feelings just aren’t that easy to control. But even when you can’t control how you feel, you can control how you act. One of the worst mistakes you can make is acting on emotions in this business…

There are several connections I have now in my network that I remember a year or two ago thinking were impossible to reach. No matter how hard I tried I just couldn’t figure out how to get on their radar screen. Now we exchange emails and phone calls regularly. I guarantee that wouldn’t be the case if I would have got angry and sent them a nasty message for ignoring my first 10 emails or press releases.

You have to figure out how you can add value if you want to get people’s attention. If you want what’s in it for you, figure out how you can deliver what’s in it for them. Your audience might not be big enough yet for that blog to give you coverage. Or maybe your pitch or release just didn’t resonate with the blogger. Don’t hesitate to hit them with your next press release when you have a new release with a new angle and a bigger reach.

Even if you get rejected or don’t receive a response, don’t be afraid to follow up by asking for feedback. Ask how you can add more value for them in the future. Ask for quick advice. Ask if there is anything you need to do differently to add the right kind of value for them, because you respect their time and you don’t want to waste it.

What’s important is how you react to failure. Every failure is a chance to learn, grow, and improve. And even if they feel over-shadowed by the failure, I’ve learned that most failures come attached with a few successes. Master the art of confronting your failures and using them to prepare you for future success.

If you look at the stories of how most successful people in the music industry got to where they are today, you are likely to encounter repeated tales of rejection and failure. Your ability to persevere and use each mishap as a stepping stone for improvement will have a great impact on your long term success.

Now, on to you. Are you struggling with dealing with rejection right now? Have you struggled with it in the past? How did you deal with it and learn from it? Share your thoughts and experiences in the comments!