You are here: Home / Music Marketing / 10 Ways To Collaborate With Other Musicians 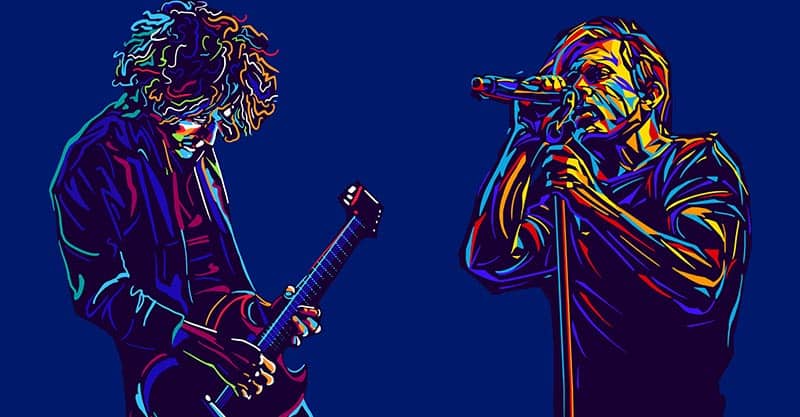 Collaborating with other musicians is one of the most powerful ways to propel your career.

Independent artists face two major challenges: 1) being seen and heard by wider audience, and 2) constantly having to be in creative mode, writing and releasing new

Collaborating with other artists can help with both of these challenges.

A successful collaboration leads to a song getting released by both artists, which exposes each artist to the other’s fan base.

A successful collaboration can also just add a song to the artist’s body of work, which is also a win.

Particularly in the EDM, pop, R&B, and hip-hop world, collaborations have been responsible for breaking many new artists and sending songs up the charts.

In this guide, we’re going to cover 10 ways you can collaborate with other artists.

Co-writing isn’t always easy, but it can yield amazing results.

When you sit down to write a song with another artist, you get to connect with each other.

If you both like the song you create, you’ll push it harder, which will lead to expanded results.

You’ll also develop a friendship with the other artist – it’s hard not to when you’ve spent several hours toiling over a song together!

On the other hand, co-writing can be challenging. Co-writing is basically a separate skill set from writing on your own – you need to know how to work with ideas you don’t like, be honest, and be ready to throw out your own ideas if they don’t work.

It can also be hard to get two artists to sit down in a room together, whether it’s because of scheduling conflicts or otherwise.

Here are a few tips for a successful co-write:

Come Prepared With Ideas, But Be Willing To Discard

If the co-write is off to a slow start, come ready with a couple ideas you can work on.

At the very least, it can get the ball rolling.

Be ready to abandon your idea in favor of an idea you came up with together – co-writes can sometimes work better if both artists are connected to the idea.

Don’t Be Precious About Your Ideas

Don’t let the fear of rejection stop you from sharing your idea!

Take note from improv actors – when someone has an idea that you don’t like, don’t say no, say “Yes, and…”

How can you build on their idea? Take their idea and twist it? It’s great practice!

Invite A Feature Performer On The Track 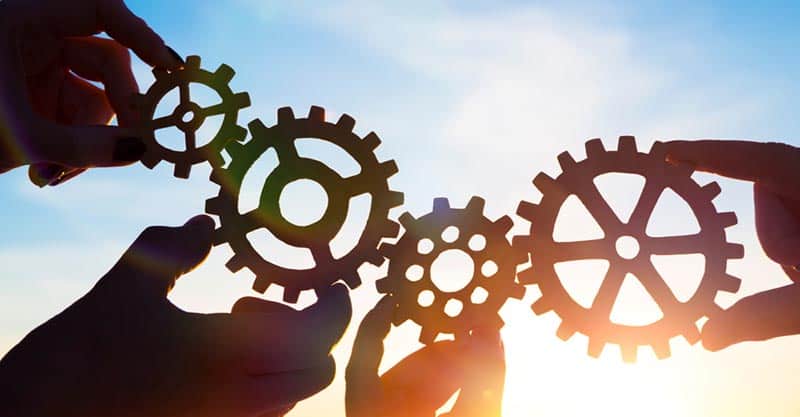 This is a common way for artists to collaborate these days.

A producer or an artist will make a track, and have another artist, singer-songwriter, rapper or instrumentalist come do their thing on the track.

Calvin Harris’ Funk Way Bounces album is all collaborations from start to finish. Each song features a different artist.

Sometimes the featured performer will also write their own lyrics. Sometimes you’ll be getting them to perform parts you’ve already written.

Features can create crossover opportunities, bring fresh flavors to your tracks and give you an opportunity to meet with and befriend other artists.

Next time you’re stuck on a bridge or a stubborn part of a song, consider having a featured performer lay down some fresh ideas – they may be golden!

Independent artists have a time-honored tradition of swapping gigs.

A gig swap is a great way to get in front of a bigger, receptive audience in a market you wouldn’t otherwise have an audience in.

Basically, you invite a band from another city to come play a show in your city, set up the show, promote it, get a bunch of people out to see your band and have the other band open up the show.

Then, they return the favor in their hometown or in a market they’re doing well in.

Gig swaps are mutually beneficial when the artists are at approximately the same places in their career, they both have similar draw in their respective markets, and most importantly, their fans are receptive.

Another common way for artists to collaborate in a live setting is by going on tour together.

This usually takes two forms – either one artist is the support act and the other is the more popular headlining act, or both artists are at about the same place in their careers, and they co-headline a tour.

This can be an effective way to tour.

On an indie level, you can share the booking responsibilities, expenses, promo, resources and contacts.

If either act has a draw, you can double attendance at shows just by working together.

It’s also a great way to ensure that you’re going to like the music at every show. How many of us have gone to a city and played a bill with a local opener that sucked? It happens!

For many artists, getting on a good support tour opening up shows for a more established, successful artist is their big break.

A good support tour opens doors in the industry, builds fan your fan base and increase your clout in the business. 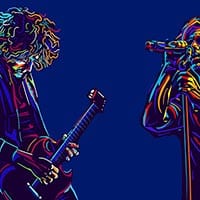 One of the EDM community’s favorite ways to collaborate is by remixing each other’s songs.

If you are interested in remixing someone’s song, it may be as simple as reaching out and asking for stems.

Some artists get so good at remixing other people’s songs, that they develop a following for their remixes, which gives them clout.

If you have a following of your own and reach out to another artist to remix their song, they’ll be excited to get their music into the ears of your fan base!

This is also a great way to engage and collaborate with fans.

You can release the stems to your own songs, and have fans create remixes – you can then re-post their mixes.

This is great for the fans, because they get to connect viscerally to your music and put their own work and creative energy into it.

It’s great for you, because you’ll forge stronger connections with fans, and you’ll benefit from your fans posting about it.

A fan will post their remix of your song, which their friends will listen to, and then they’ll be able to find your music from there!

If you’re playing a show with a band or an artist you like, consider performing a song together.

Live collaborations are great for hyping up a crowd. Plus, you can make a live video out of it.

Rehearse the song you’re going to play together and either record the show off of the board, or put up a couple mics in the room and hire a videographer to capture the moment.

You can both release the video, promote it and reach new fans.

Live videos can also help you connect with fans that were at the show and remind them how good it was.

Collaborate On A Spotify Playlist

You can create artist playlists on Spotify, which your fans will love.

They’ll enjoy getting to listen to songs that inspire you.

Spotify also lets multiple people contribute to a playlist – you should take advantage of this by creating a multi-artist playlist.

You’ll drive traffic to both of your Spotify playlists, endear yourself to Spotify’s algorithms and connect with more fans. 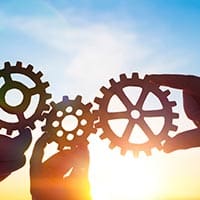 Instagram has a cool feature that allows two users to be on the same Instagram Live feed at once.

This is great, because Instagram pushes their Live feature. When you start a Live feed, many of your followers will get a push notification telling them to tune in.

When the other artist joins your feed, their fans will get a notification telling them to tune in.

You’ll then be able to share your audiences, get some new followers and engage both audiences on social media.

Try doing a double Ask Me Anything with your audience – take questions and take turns answering.

You could also interview each other. If both audiences are interested in both artists, it can be pretty cool to watch two artists ‘talk shop’.

I’ve seen a couple of artists successfully pull this off – if you and another artist are mutual admirers, why not cover each other’s song?

I think it would be cool to have my song covered by another artist that I admire and respect, and that artist doesn’t need to be famous!

Having a peer cover your song will be cool no matter what. It is also a fun and interesting challenge to cover a friend’s song.

Write Reviews For Other Artists

An easy way to connect with other artists is by writing reviews of some type.

They don’t need to be in-depth or critical. They just need to be supportive and interesting.

I always like reading other people’s “Top 10 Albums of 2020” or what have you. You should do this too!

Make sure to tag the other artist in your post.

Tips For A Great Collaborative Experience

Collaborating can be fun but it can also be intimidating.

Here are a few tips to inspire great collaboration!

Get to know an artist before you work with them. What do they do well? What do you like about their music? What do you want to achieve?

It’s definitely not a bad idea to go for a coffee or hang out with the other artist before working with them.

If you know what you’re setting out to do, come prepared. Come ready with ideas, bring your instruments and be ready to work.

This will make you seem professional and give the collaboration the right foundation to succeed.

Collaborations are the perfect time to experiment.

You’re both out of your comfort zone, hearing new ideas, so don’t be closed off to them.

Welcome new ideas and see which ones you can incorporate into the track and into your music.

Don’t Worry If It Doesn’t Work Out

Not every collaboration works out. In my experience, most turn out kind of average.

Don’t be discouraged. Assuming you both tried your best it was worth it!

Becoming a good co-writer and collaborator is its own skill set. Remember that you are learning something new. Make the most of the experience.