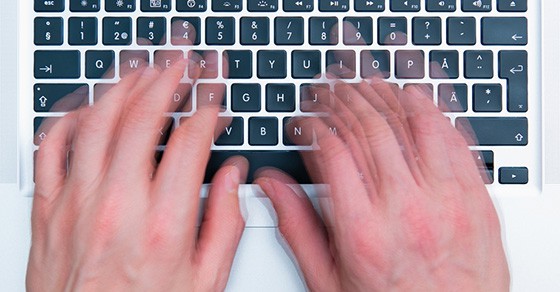 Lyrics. Just say the word, and some musicians will immediately freeze up.

What is it about writing lyrics that’s so hard? Why do we place so much importance on the words that we put to music?

For the recording of Check Your Head, The Beastie Boys were said to have locked themselves in a room for several days after tracking all of the instruments, because they had barely written any lyrics during the entire recording process.

Some of us procrastinate. Others cope by singing vowel sounds to their music until an idea forms and the words begin to match up with the music.

But the process doesn’t have to be that drawn out. Let’s talk about how to write lyrics faster.

Stop Censoring Yourself When Writing Lyrics

Censorship is one of the leading causes of LBS, or Lyrical Blockage Syndrome. A lot of musicians censor themselves.  Why? Because we’re worried about what the song says about us and how it reflects on us.

It’s amazing how inhibited we can become when it comes to personal expression. But your experience is your experience, and that is truly the only thing you can bring to the table that’s of any value – your voice is what makes you unique. I’m not saying that your music can’t also be original in some way, but let’s be honest – pretty much everything under the sun has already been done.

If you want to swear in a song, and you can’t put it down on paper, you need to ask yourself why that is. If there’s something that you’re dying to get out in the open, like a skeleton from the past, or a dark moment from your childhood, why is it that you can’t express that in a song?

It all comes down to fear and how we think we’re going to be perceived by others. Ironically, people will resonate with you better if you tap into your authentic self. So stop censoring your ideas, thoughts, or words, and start exploring who you truly are. You don’t have to share it all with the world if you don’t want to, but you’ll be amazed to discover what’s inside of you.

Pick A Lyric Theme & Go With It

This is another area where artists tend to struggle a bit, because we second-guess ourselves. One of the reasons writing lyrics is so hard is because you’re not settling on a specific topic, theme, or idea.

“Yeah, that’s it”, you say, only to question your decision and begin to consider alternative themes. It’s no wonder you can’t write anything – you haven’t even landed on a central topic yet!

If the music is already written, then all you really need to do is ask yourself what feeling it gives you. What memories come to mind when you hear it? What incidents in your life does it remind you of? What do you think listeners will get from it when they hear the chord progression or riff? 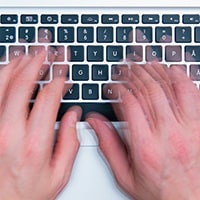 There is something to be said for writing the music first, because then there aren’t a limitless number of ways to fit your lyrics around it. You have to pay attention to the structure of the song, and deliver a hook that’s memorable, especially in the chorus.

The more you learn to trust yourself, the better you’ll be able to express what’s on the inside. You’ll gain confidence in your ability to write lyrics that tell a story that connects with people.

But if you always second-guess yourself, it will become a habit, and pretty soon you’ll paralyze your ability to make any decision about how the song should go.

This isn’t necessarily a new concept or idea. I’m pretty sure the Talking Heads have done something similar to what I’m about to talk about.

But one of the blockages to creating lyrics is the idea that it all has to be meaningful, personal, and relatable. And there is some truth to the idea that popular music is generally vague, impersonal, and universally applicable.

But you could also look at examples like Bob Dylan and Elvis Costello, and pretty soon you begin to see that – at least historically – lyrics could be smart, witty, intelligent, and even cryptic or hard to decipher. Just think of metal with screaming vocals – can you honestly say that you can make out everything they’re saying without a lyric sheet in front of you?

I’m not saying you shouldn’t pay attention to your lyrics, but what I am saying is that overthinking it can slow down the process. Artists often toy around with dozens or hundreds of alternative ideas for a single line of lyrics, only to come back to what they started with.

The punchbowl approach is this. You can either cut out words and sentences from magazines or newspapers, have your band members write down single lines in a piece of paper, or both, and throw them all into a punchbowl (a hat could work too). Then, you would pull these pieces of paper out one by one, and form an entire song out of them.

I think by now you can see that writing lyrics is mostly a mental game. I’m not suggesting that everything you write will be gold, but if you’ve done the best you can do, and you’ve put yourself into the song, that’s all you can really be expected to do.

As a writer, you will improve with practice. Not writing lyrics is a sure way to hinder your own growth. That’s why self-censorship is not productive.

Try writing a song every single day for a year. Just force yourself to do it. It’s unlikely that you’ll end up recording or performing many of those songs. But there will be a few gems in there too. Practice will help you gain experience, and experience will begin to inform your decisions about what themes and topics to explore, and which aren’t worth the time or effort. Going through this process will enable you to write lyrics faster. 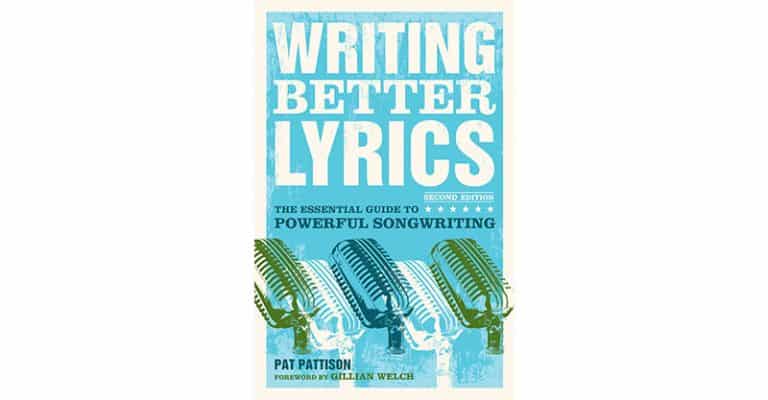 Songwriting is a skill that can be improved. Like any other skill, there are techniques to learn, skills to develop, talents to hone. But unlike many other musical skills, songwriting suffers from a lack of obvious resources. Because songwriting is so personal, people tend to be unwilling to accept the idea of ‘practising’ songwriting or… 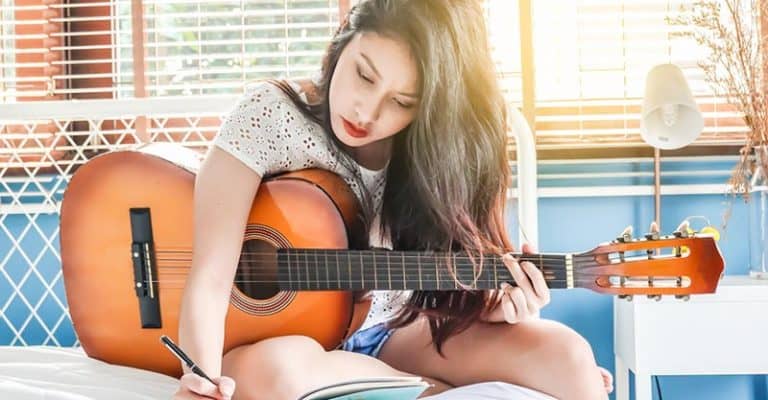 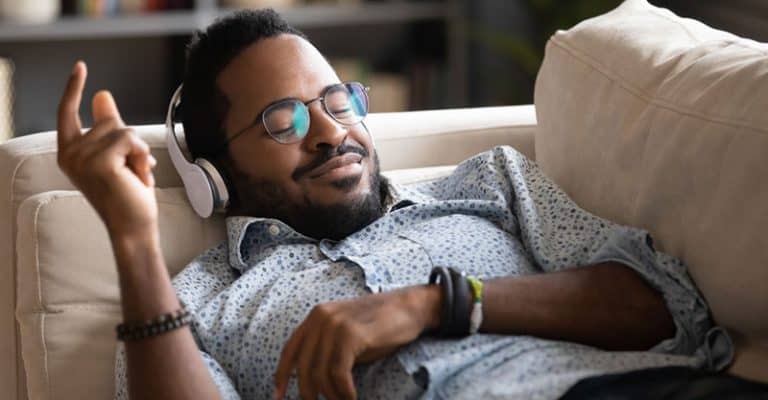 You know a good song when you hear one. A good song can send a chill down your spine. It can immediately get your head bouncing. A good song can have you singing the words by the second chorus. A good song makes you want to spin the track again. As a songwriter, your ears… 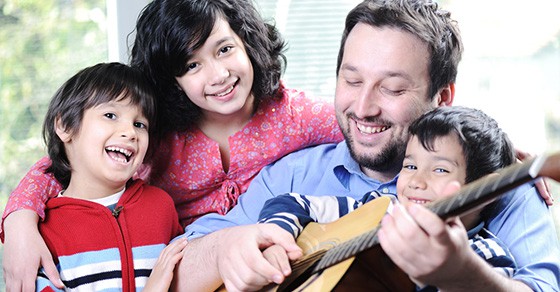 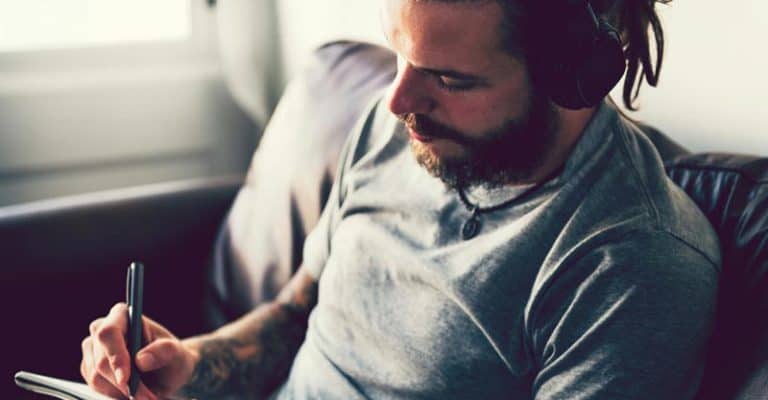