You are here: Home / Networking For Musicians / How To Add Value To Others & Develop Amazing Contacts For Your Music Career 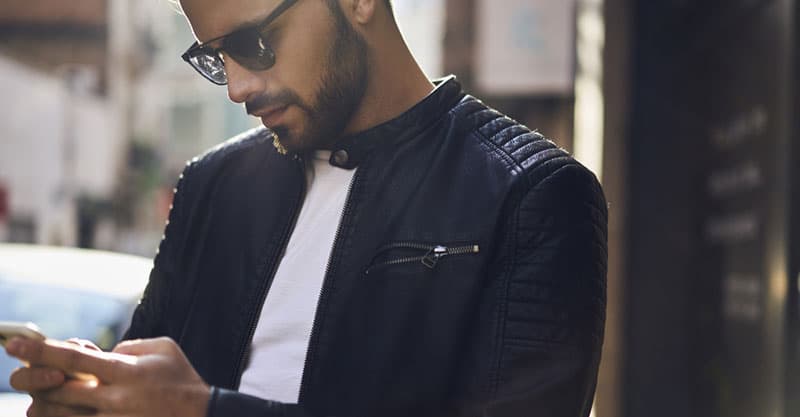 When I talk about building connections, I often mention how important it is to add value to others.

But as I continue to watch the emails that roll into my inbox and observe how musicians interact with others, I sense there is still a disconnect as to what this means.

Anyone who creates has something to promote – whether it’s an eBook, a course, a custom-designed hat, music, or otherwise.

So, as someone who’s approached with a lot of offers – as we all are today – I don’t care that much about what others are selling. They must tell me why I should read their email let alone buy what they’re selling.

If I don’t see my name in the first line of the email, that’s a red flag and there’s a good chance I won’t go any further.

If the sender has no suggestions for next steps after providing me with information connected to what they’re selling (such as a press release), I will likely ignore it.

If there’s no mutual benefit to the proposal, I may respond, but I’m not going to feel obligated to do anything. I will probably respond with something along the lines of, “that’s nice – what’s in it for me?”

My inbox is a busy place, and frankly I don’t have a lot of time for it. I have a tough enough time getting through all my email as is, so I don’t like receiving messages that waste my time.

And, rest assured, other industry influencers, reviewers, program directors, music supervisors, and whoever you’re trying to reach feels the same way about your generic email telling them to do something that’s of no interest or benefit to them.

So, how do you develop better contacts for your music career? How can you tweak your communication, so you get responses from the people you’re trying to reach? Read on. 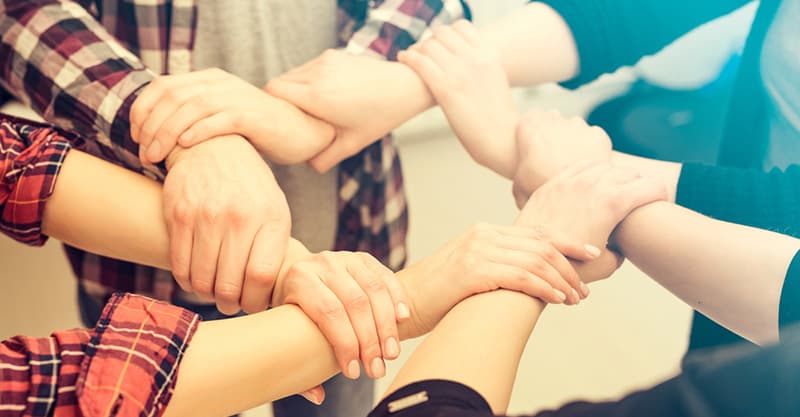 So, you’ve responded to a classified ad, and you’re thinking about joining a band. But the band leader is a total weirdo. What do you do?

What, were you expecting other musicians to be any less weird than you are? You may want to set aside such naïve thoughts.

Look, I know people who would have ran the other way if they were in my shoes. But when I was faced with this situation, I chose to stick around.

Sure, I needed the money. But I also knew I had something to offer. I knew I was a good guitar player and singer. I knew I had other skills that could prove valuable to the band, such as audio and video editing, graphic and web design, and so on. Most of all, I knew I had the ability to relate to others, no matter how eccentric.

And, sure enough, these skills have proved valuable through the years. I’ve been able to charge for my time and make a bit of extra money on the side (above and beyond what I earn at gigs).

I’ve been in and out of the band as life circumstances have changed, but I’ve remained friends with the band leader. I don’t mind, because frankly most of my friends are creative and eccentric anyway. Plus, the band leader continues to approach me with paid projects here and there.

Your best customers are those who know, like, and trust you. Feel free to replace that word “customers” with whatever best fits your situation.

Oftentimes, we’re not even thinking about the person on the receiving end of our communication. If we would just take a moment to consider things from their perspective, we would get better results from our outreach efforts.

People are people, no matter where you go, and they have the same basic drives and desires. Understanding this and treating them well will go a long way.

For example, I’m surprised at how many people never talk to cashiers or clerks at grocery stores, drug stores, gas stations, and so on. Typically, as I’m paying my bill, I will ask how their day is going, and I see them light up instantly. I can tell no one bothered to talk to them like a human being that whole day. I don’t care if those people never become friends – if I can make them smile, I know I’ve added value to them.

Be Willing To Collaborate

Someone you respect comes to you and asks you to join him to discuss a new community project idea he’s working on. It doesn’t necessarily have a lot to do with music, but it’s clear he sees something in you and feels your skills could prove valuable to the project. What do you do?

Again, in the interest of your own project ideas and career, and time, you might be inclined to say “no”. But that’s not what I did – I decided to work with him.

I wasn’t motivated by money. In this instance, I was motivated by the opportunity to learn from someone who’d accomplished a lot in his life and was essentially living free.

In addition to his original project idea, it wasn’t long before we were also collaborating on another community project oriented around house style concerts.

When he needed a guitarist for his CD release project, who do you think he called on?

I now consider it a privilege that I get to work with him, and he continues to support my business and career in several ways.

Zig Ziglar is famous for saying:

You can have everything in life you want, if you will just help other people get what they want.

I live my life by that philosophy. I don’t say this to brag, but I know I’ve been gifted with many talents. I like to use those talents to help others, in whatever capacity they see fit.

If I simply do not have the time, if the compensation doesn’t match the effort involved, or if I don’t intrinsically trust the person that’s looking to work with me, I will likely turn down the offer. Otherwise, I will at least give it a good look over before I decide. You never know where that could lead – in my case, it’s led to some great opportunities with great compensation. 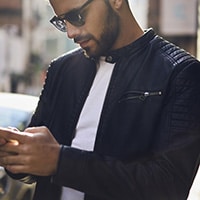 You’re sitting at a free business event, taking notes and learning from a wise and experienced business coach (if you can’t relate to this, just imagine yourself sitting at a music conference). You’re asked to pair up with the person sitting next to you, and to share your life story with them. What do you do?

Well, I shouldn’t need to tell you what I did. I did exactly what I was asked to do.

I could tell the person sitting across me was a bit timid, so I started out by sharing my journey. I watched as she reacted to the emotional content of what I was sharing with her. Without getting into a lot of detail, my life has largely been colored by my upbringing in Japan, as well as the death of my father when I was 13.

I could see my partner begin to open after I shared my story with her, and then it was her turn to share her story with me.

It’s amazing to me how rarely we do this. When you are willing to be vulnerable with someone, it creates a strong bond. It doesn’t take months or even years to get to know someone – you can know what someone is about in a mere 10 to 20 minutes!

Naturally, this must be done in a safe environment with someone you feel comfortable with. You can’t open to everyone you meet. You don’t know what they’re thinking or what they’re capable of.

As it turns out, my new friend was looking for a guitarist. I was hesitant about joining her band, but I decided to give it a try. And, I played a few gigs with her for about a month before taking a break. I was thinking about leaving the band, but so far, the performance schedule has not conflicted with other work I do. The band leader has always been fair and pays for every performance, so I decided to stick around.

Who are you? Are you comfortable sharing who you are with others? Are you willing to fillet yourself open if it means making a new connection?

Be Willing To Do The Legwork 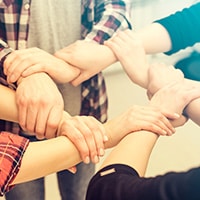 You’re presented with a new opportunity to handle the online marketing for a music industry startup. There’s no template to follow – it’s pretty much up to you to figure out what needs to be done. The compensation is limited. What do you do?

Well, in my case, this was an opportunity I’d worked hard for, so of course I took it.

I started leveraging everything I’d learned about marketing online and used it to promote the business. I blogged, I created a presence on social media, and as other team members handed me more responsibilities, I took them on. I started reporting on what I was doing monthly and how that was driving traffic to the blog and increasing our social media following.

It wasn’t long before my compensation had increased to the point where I was making a decent living combined with guitar instruction.

There’s something I did on social media I didn’t see too many people doing – I started commenting on other people’s posts. I identified other notable music industry blogs that were out there, followed them on social, and added real comments on the posts they were sharing.

It wasn’t long before discussions started happening. I quickly built up several relationships with other blog owners and influencers. I may not be in touch with those people today as much as I used to be, but I still talk to them, and know I can count on their support should I need it. Many have been on my podcast, and most have written praise for my book.

Meanwhile, if you put thought into what you say, and demonstrate your passion and interest in the subject, it will be clear to others you’ve put some effort into the comment. It takes nothing to reply, “nice post!” But it takes effort and time to say something relevant and value-adding.

Life will present you with many opportunities to meet people. It’s what you do with those opportunities that matters. If you can be empathetic, see things from their perspective, and effort to treat everyone well, your efforts will pay off. You may not see an immediate payoff but give it time. As people begin to know, like, and trust you, they’ll come to you with opportunities to explore.

You can walk away from a situation. You can dive in head first. You can find some middle ground if you can’t dedicate all your time to helping another person but would still like to collaborate with them. It depends on the situation as well as the individual, and you’ll need to learn to be discerning, because your time is valuable.

Even if you read people well you can still make mistakes. Nevertheless, you will learn through trial and error. You’ll begin to attract better quality people as you keep growing. So, don’t give up on humanity. It’s easy to get hurt and become jaded. The more challenging but fulfilling path is giving people another try when you don’t feel like it.

If you’re trying to get something from someone, always think about what value you can offer them first. This will increase your chances of getting a favorable response.